The company revealed that a prototype of their enterprise SSD offers 14 GB/s sequential read speed and 7 GB/s of write speed, which is a 103% and 67% increase over its own PCIe Gen4 CM6 device. At the same time, the company reports that the prototype offers 79% higher I/O performance in random read and 77%/50% lower latency in read and write operations. Those are the first results of the next-generation PCIe Gen5 SSD. 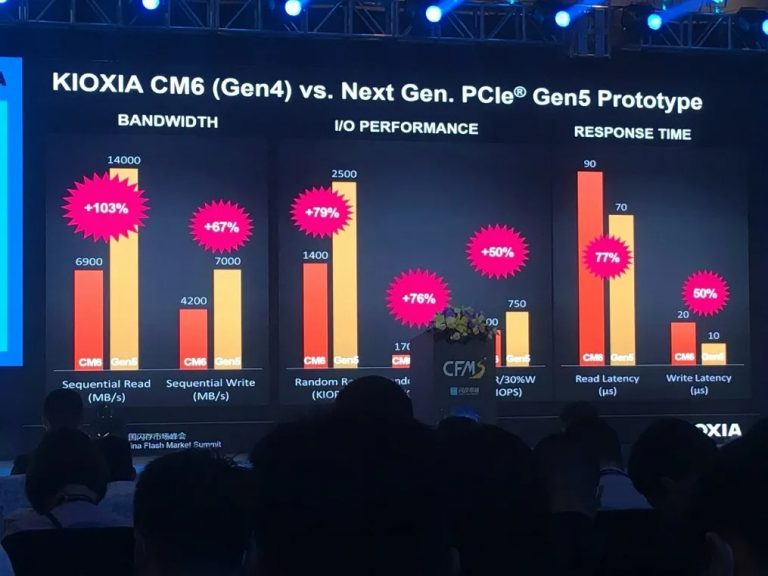 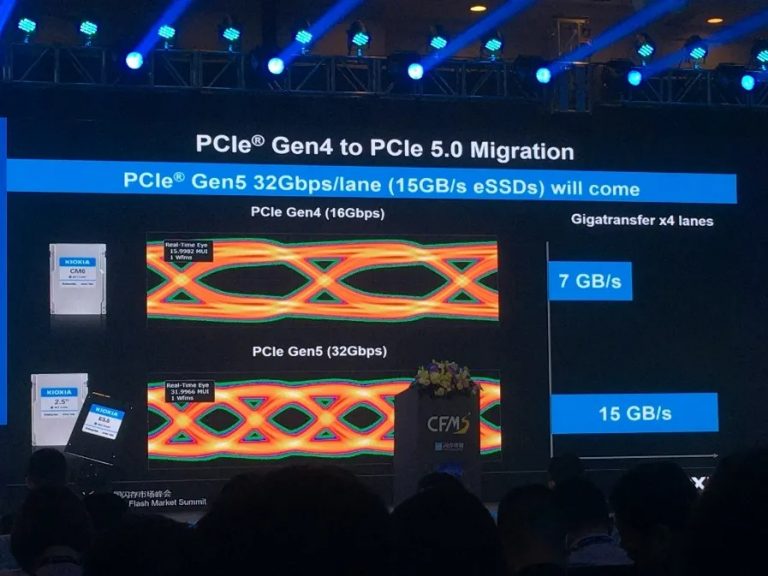 Kioxia will be launching its 2.5″ EDSFF E3S form factor SSD in the near future, possibly by the end of this year. The device will still need to go through the evaluation process by server vendors. The company expects market adoption of Gen5 SSDs to happen in 2022. It will be offered in capacities from 1.6TB up to 30TB. They should launch as CD7 series.

There likely won’t be any Gen5 graphics cards until the NVIDIA Lovelace/Hopper and AMD RDNA3 series, both expected by the end of next year.