GeForce GTX 1630 officially introduced yesterday has already been tested by tech outlets like TechPowerUp or Guru3D. It is not a fast gaming card though, in fact it is slower than Radeon RX 6400 from AMD RDNA2 lineup. 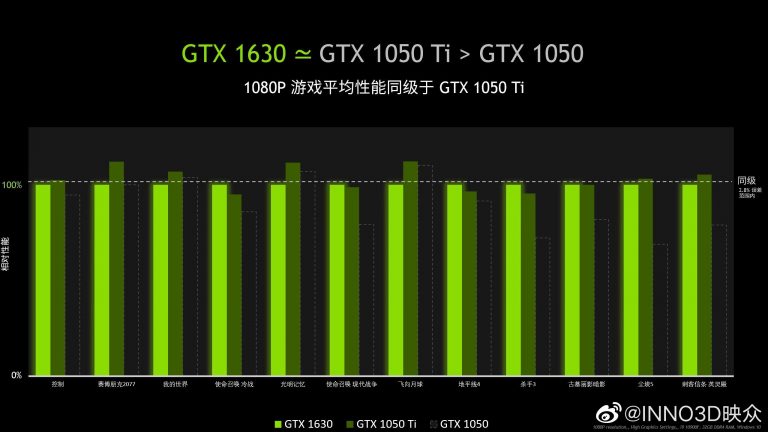 NVIDIA has been somewhat quiet about this launch, while board partners boasted about their new designs, often copying cooling and PCBs from GTX 1650 models released a few years go. One such partners was Inno3D, who are actually the only company that revealed official performance figures for this GPU.

As it turns out, we were right. This card is officially replacing GTX 1050 Ti model based on Pascal architecture. Here’s a reminder that GTX 1050 Ti is a card from 2016 which launched at 139 USD MSRP. According to Inno3D figures, GTX 1630 should provide comparable performance in gaming to GTX 1050 Ti while being 17% faster than GTX 1050 non-Ti. The gap widens in more demanding titles such as Control, Cyberpunk 2077 or Assassin’s Creed Valhalla. 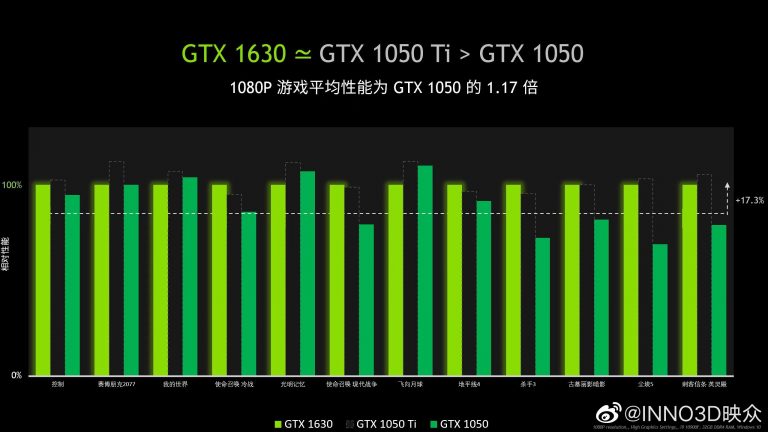 Inno3D is also pointing out that GTX 1630 has a more capable media decoder, with support for VP8 or H.265 (HEVC) codecs. That is not the case with Pascal architecture. The GTX 1630 features a TU117-150 GPU based on Turing architecture with 512 CUDA Cores. 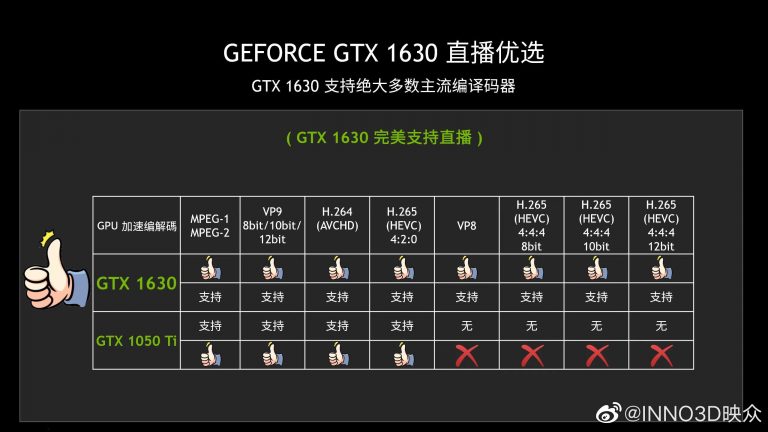 NVIDIA did not announce the official MSRP for this card, however some board partners did. According to EVGA, their GTX 1630 SC is worth 199 USD, while Colorful officially declared their model will retail at 169 USD/1199 RMB. As mentioned above, the GTX 1050 Ti launched at 139 USD in 2016. Therefore, one should expect GTX 1630 to cost a lot less.