German overclocker and modder der8auer managed to purchase an unreleased Intel Sapphire Rapids processor from eBay. Being known for its own delidding kits for various Intel CPUs, the overclocker immediately began this process. 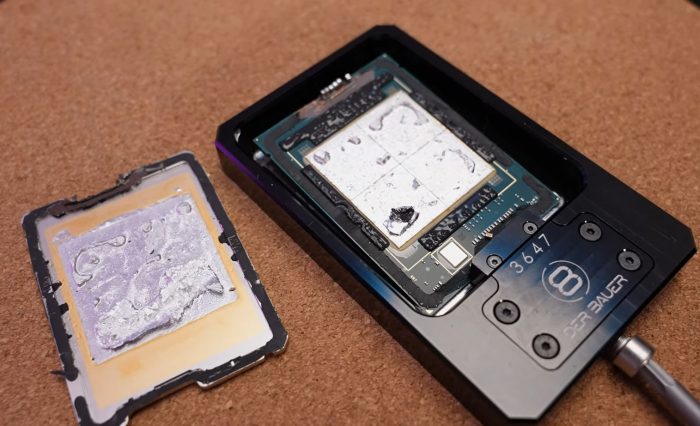 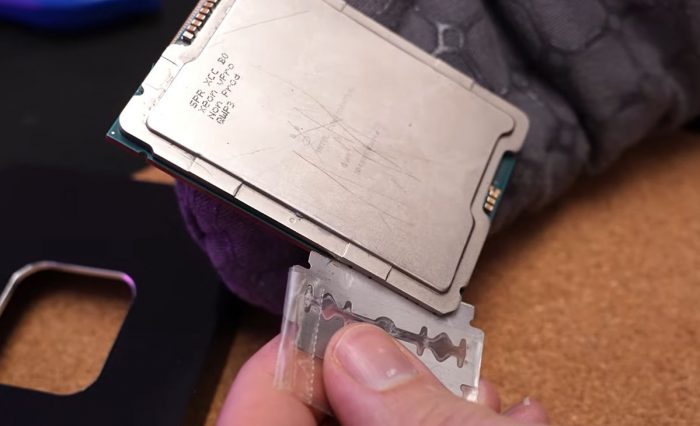 It should be noted that although the processor might have worked, there was no legal way to obtain a working motherboard for Sapphire Rapids CPUs, as those are still under an embargo. For years, Intel CPU engineering samples were easily available on the black market, sometimes even months ahead of launch. However, gaining access to a working motherboard would be a lot more complicated, because with access to a working CPU a lot more information could haven released.

The sample labeled as “Xeon vPRO XCC QWP3” is an unreleased server CPU that might offer up to 56 cores. This particular sample has not been tested and therefore its configuration is unknown. Der8auer goes through the process of delidding and then baking the CPU in order to remove individual chiplets from the processor. 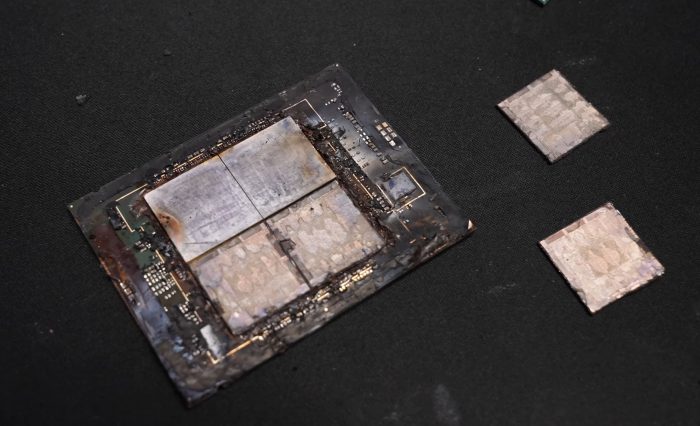 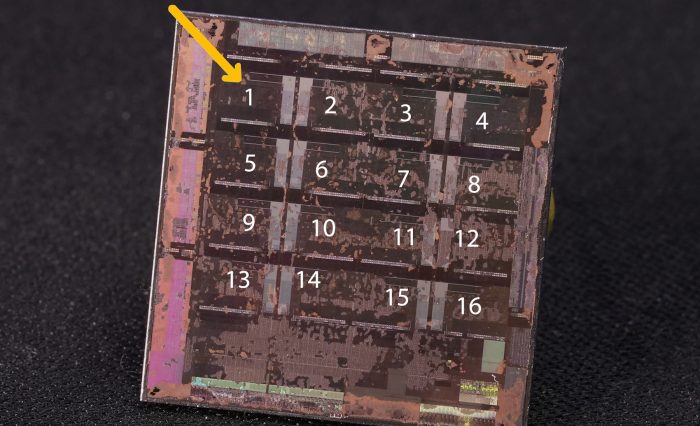 The processor connects four compute dies through the EMIB technology, which is also being shown under a microscope. He notes that each chiplet might feature up to 15 cores each, which would give 60 cores in a full configuration, however, with Sapphire Rapids Intel is limiting the number of active cores to 56 to preserve good yields. 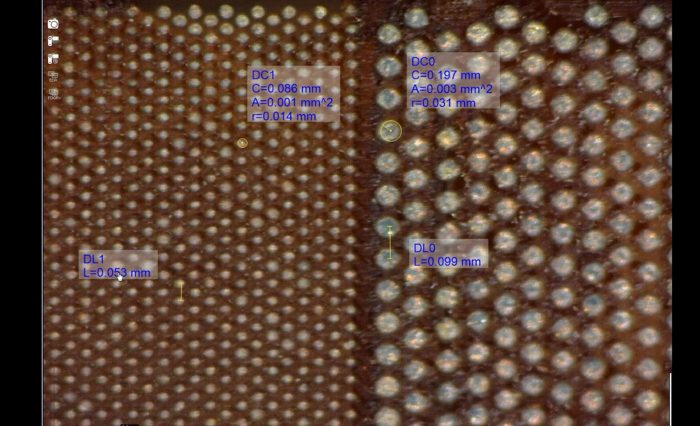 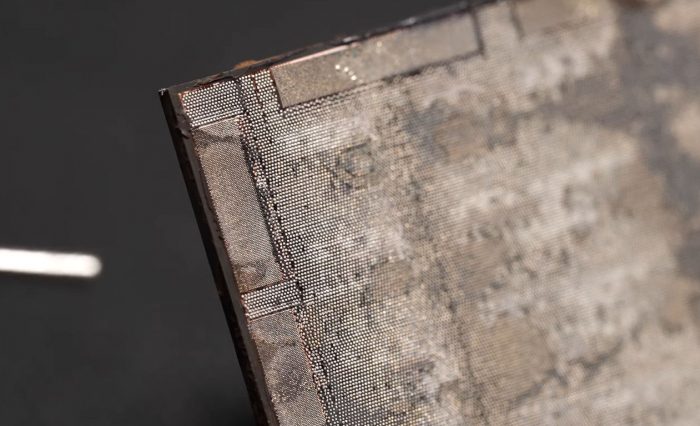 It should be noted that Sapphire Rapids will also make its way to the consumers. Intel is working on the Sapphire Rapids-X series which will be the company’s long-awaited update to its HEDT series. It is expected that those will be released alongside Raptor Lake consumer CPUs by the end of this year.