Although Intel did not show any power connectors in its Arc desktop “Limited Edition” teaser, Petersen confirmed this is actually a standard power ATX graphics card. According to Intel ATX 3.0 specs, the new PCIe Gen5 power connector only applies to GPUs above 300W, therefore one might assume that this card has lower TDP/Graphics Power.

During HotHardware interview, a full-sized desktop graphics card with PCIe x16 interface was shown by Peterson. This was almost certainly a prototype. In fact, it might not even be an Arc GPU, however one might wonder what was this card doing on his desk during ‘Arc’ related interview. Not to mention the fact that Intel is not planning any other Xe-HPC/HC card with PCIe interface, at least officially.

This prototype board clearly has three 8-pin power connectors, each technically capable of delivering 150W of power. The spacing between the connectors further suggest this in an engineering board for evaluation. It looks nothing like the Arc Alchemist prototype boards that we have been seeing for a few months now: 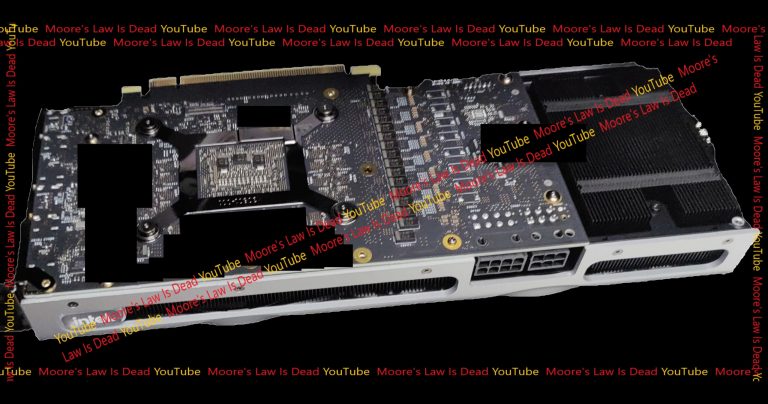 Therefore, one might wonder if this is a successor to the Alchemist? After all, Intel confirmed that Battlemage is targeting even higher “Enthusiast” performance segment. But then one might ask why use three 8-pin power connectors if the company just announced ATX 3.0 specs defining 300W+ GPUs with a new connector, the one that would actually replace all three standard 8-pin connectors. 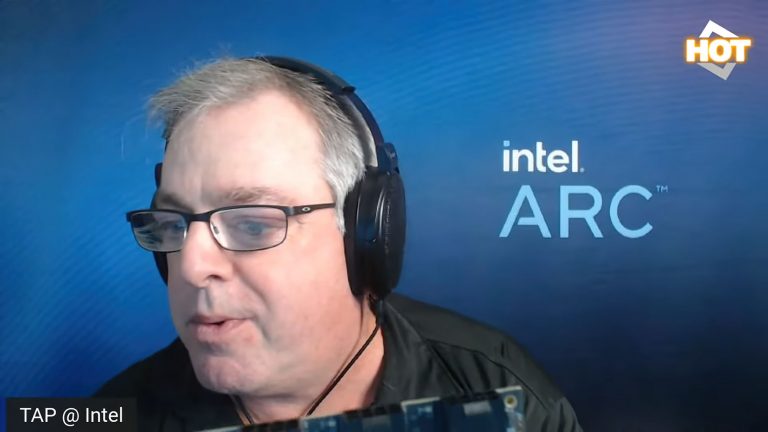 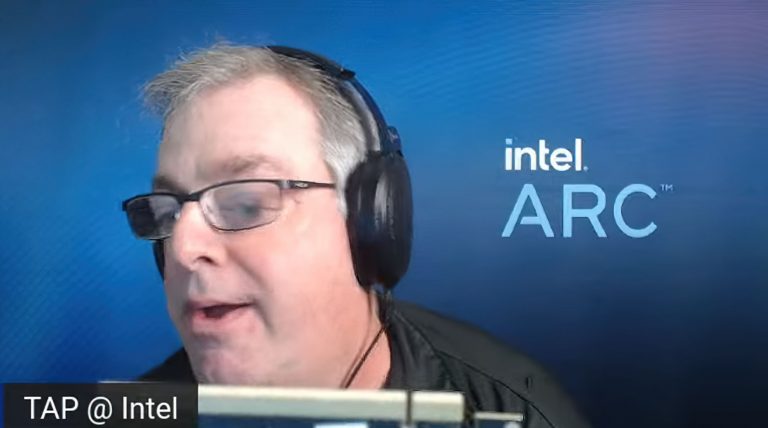 What is undeniable though is that this was an interview about Arc GPU, and the prototype board was shown shortly after the segment covering desktop teaser video. It is unclear though why Petersen decided to showcase this card at that moment specifically.