Intel Tiger lake up to 4 cores and 28W

Intel Tiger Lake is 10nm Ice Lake architecture successor. Those processors are meant for ultra-thin and ultra-low-power designs. There are various configurations of the Tiger lake System on the Chips (SoCs) with TDP from 9 to 28W. A similar approach was seen in Ice lake SoCs, which was available in 9W and 15W variants (with configurable TDP up to 28W).

Tiger Lake will be available in 4+2 design, which means 4-cores and 2-slices of Gen12 iGPU. The previous leak from notebookcheck revealed that Tiger Lake will launch with up to 768 Shading Units. Such configuration of Intel’s Gen12 graphics architecture would compete with AMD’s Renoir featuring “Enhanced Vega” in their SoCs.

Intel Tiger Lake is confirmed through these slides to support VP1 and H265/HEV 12-bit decoding. 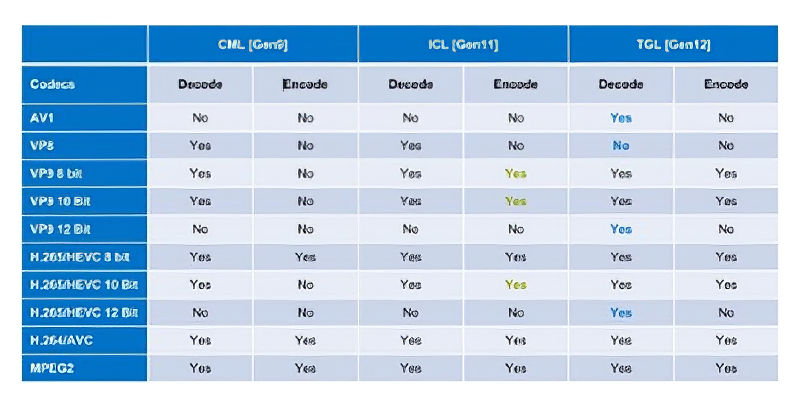 Furthermore Tiger Lake Xe graphics are expected to be 2X faster than Ice Lake with 4X better performance over Gen9. This expectation has been more or less observed in the previous leaks. 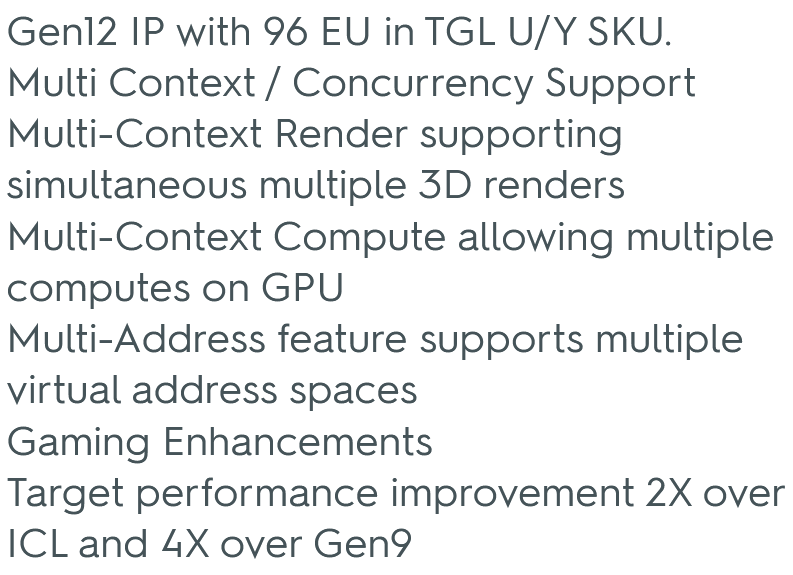 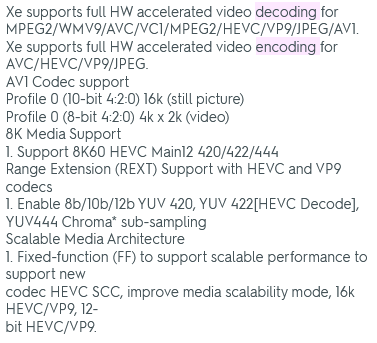 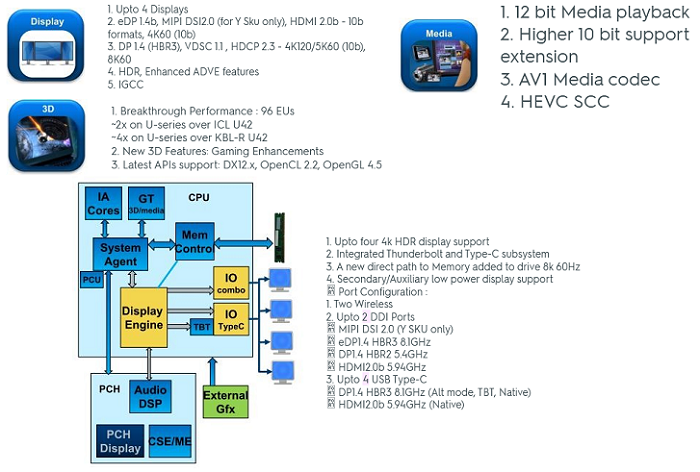