Intel Meteor Lake has taped in

Intel has confirmed that Meteor Lake’s compute tile has taped in.

Tape-in is relatively a new term used for non-monolithic designs. Intel Meteor Lake will be one of such designs as it features different manufacturing processes and will be packed using Intel Foveros technology. Today Intel has confirmed that Meteor Lake’s compute tile has taped in which means that the design is ready and it can now be completed to tape out the whole chip.

Intel Meteor Lake is now rumored to power the 14th Gen Core series, which are expected after Raptor Lake, a successor to Alder Lake. There are many codenames being used by Intel and there is certainly a lot happening at Intel right now.

Great way to start the week! We are taping in our 7nm Meteor Lake compute tile right now.

A well-deserved celebration by the team on this milestone. #IAmIntel #Innovation pic.twitter.com/oHYhFvo3iF

Intel has confirmed that Meteor Lake is a 2023 product, and it will feature a 7nm Enhanced SuperFin node. It is rumored to feature a hybrid of Redwood Cove core and ‘Next Mont’ architectures. It will be Intel’s fourth product series to feature a hybrid of high-performance and high-efficiency cores. The series is rumored to be the last to support the LGA1700 socket, which is now set to debut later this year with 600 series motherboards for Alder Lake CPUs. 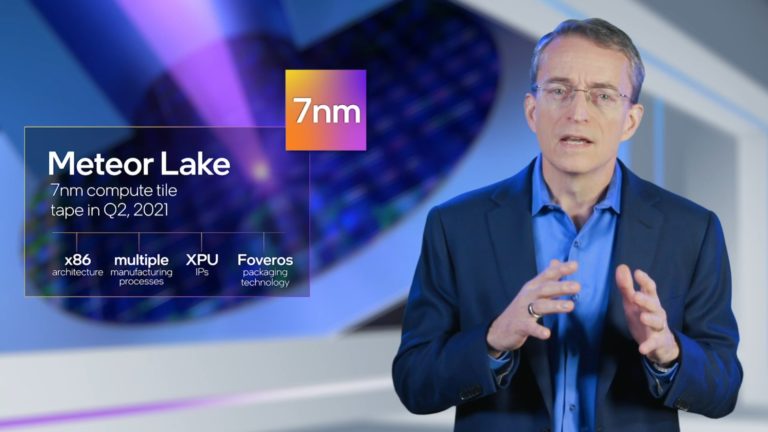