At ShopBLT two listings of the Core i9-12900KS CPU can be found. The retailer offers the CPU on a tray for 780 USD and an unspecified model labeled ‘P5’ for 792 USD. Typically Intel either offers trays of CPUs for OEMs/system integrators who simply do not need the packaging or boxed editions for individual customers.

Both offers appear to indicate that Core i9-12900KS will become available in three weeks, at most. One of the 12900KS listings has an ETA of 3 weeks while the other mentions March 3rd as a possible availability late. 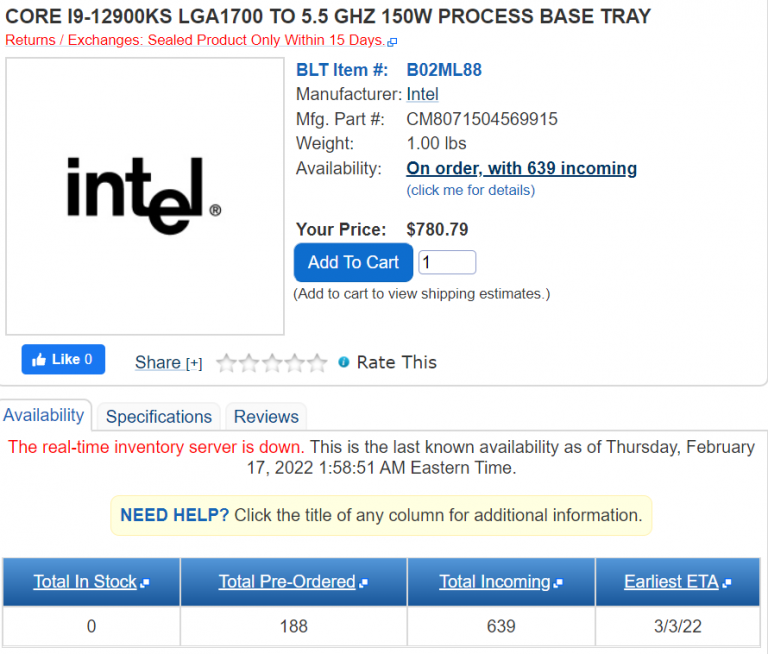 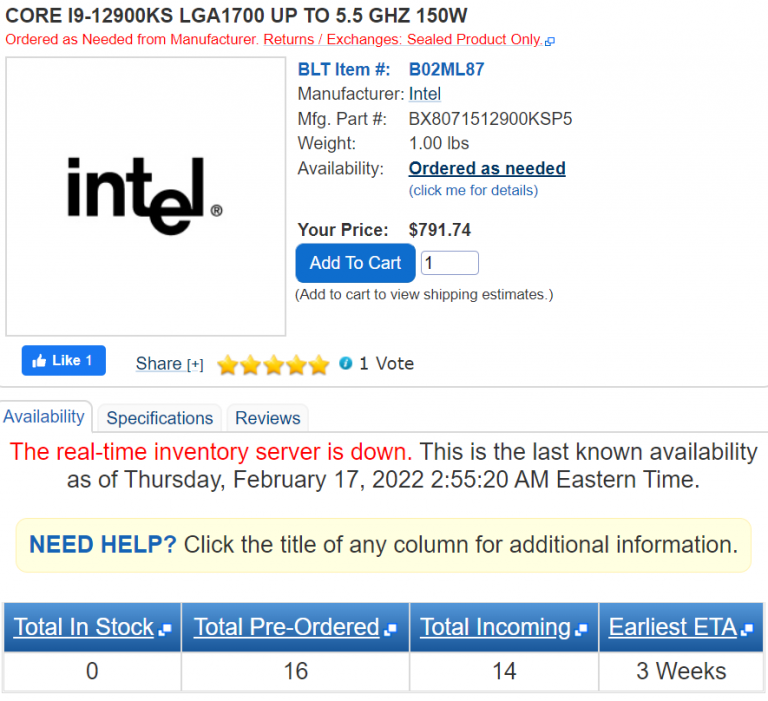 Over Twitter, @momomo_us has further information on the CPU’s base clock as well as its maximum turbo power. It appears that this pre-binned chip will not only have a 300 MHz higher boost clock of 5.5 GHz compared to the original 12900K SKU but also a 200 MHz higher base clock of 3.4 GHz.

Intel Core i9-12900KS is the upcoming flagship Alder Lake-S processor with full 8 Efficient and 8 Performance cores and a total of 24 threads. As the retailer listing suggests, this SKU will cost more than the original model, however, one could argue that 780 USD is simply too much, considering that many i9-12900K CPUs can offer similar performance once overclocked. The benefit of using a KS-series CPU is that factory specs do not void the warranty, which is not the case with any other Alder Lake CPUs.