Here are some first details on Intel Z790 memory support.

We received documents for the upcoming MSI Z790 motherboard series, including their specifications. The documents confirm that these motherboards will support JEDEC DDR5-5600 specs by default (for Alder Lake that was 4800 MT/s). 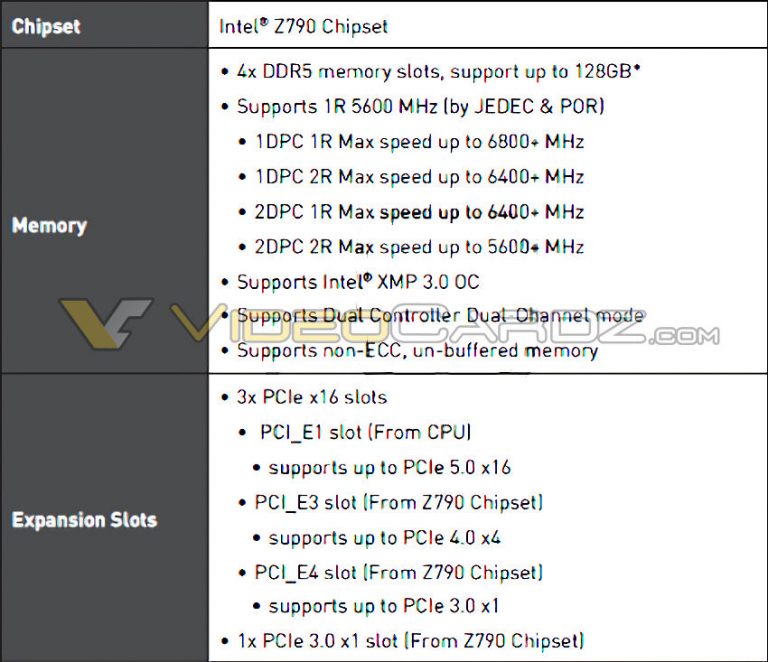 There will also be Z790 motherboards with DDR4 memory supporting up to 5333 MT/s speeds in 1DPC and 1R configurations. The fastest MSI Z690 DDR4 board supports up to 5200 MT/s memory.

Interestingly, none of the MSI X670E motherboards already listed on official websites have memory specifications. Therefore, one cannot say precisely whether it is Z790 or X670E series supporting faster memory, or maybe there is no difference at all.

In fact, neither ASUS, Gigabyte nor ASRock list the memory specs, however Biostar does (thanks to dudulab for letting us know). According to X670E Valkyrie specs, it supports up to DDR5-6000 overclocked memory.

AMD is yet to reveal details on its EXPO technology for DDR5 memory overclocking profiles. This information has not been shared yet by any board partner or even AMD themselves.