The cheapest Z790 motherboards are actually cheaper than X670 series.

ASUS is preparing as many as nine Z790 motherboards for sale in Europe. According to the lineup listed by Caseking, one of the largest sellers of PC hardware in Germany, ASUS Z790 series will cost 309.90 EUR to 1,399.90 EUR. Despite this relative high price, the cheapest PRIME series are somehow still cheaper than ASUS PRIME with X670 chipset. The DDR4 version is 60 EUR cheaper, while the DDR5 model is 20 EUR cheaper. Although here one should mention that ASUS is offering a cashback for X670 series, in this case for 25 EUR. 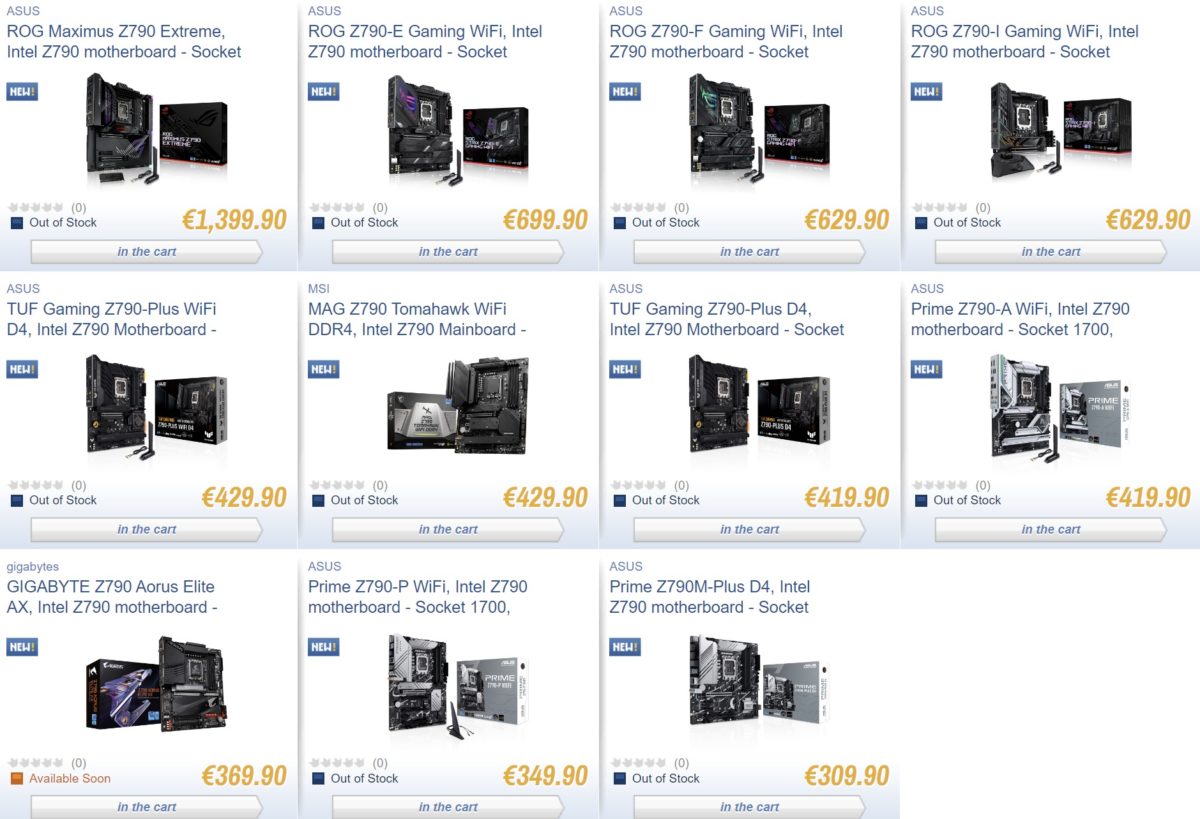 As shown above, only one ROG Z790 Maximum board has thus far been listed by the retailer, and it’s the flagship Extreme board available at a ridiculous price of 1400 EUR. Interestingly, this is actually 100 EUR more expensive than the ASUS AMD X670E Extreme version sold by the same retailer.

There is no Gene, Hero or Formula here, though, which are likely to fill the gap between the Extreme and ROG Strix-E at 699.90 EUR. The cheapest Micro-ATX board is the ROG Strix-I at 629.90 EUR. It is also worth mentioning two boards from other companies than ASUS. MSI’s Tomahawk DDR4 variant will cost 429.90 EUR while Gigabyte’s AORUS Elite AX will retail at 369.90 EUR.

Update: Intel Z790 motherboards have also been listed in France. Here the pricing looks even better, with Z790 boards costing ‘only’ 270 EUR for the most basic variant.

Of course, this pricing may not be final, and this is clearly not a full list. One thing is sure, though, Intel is set to launch its new 700-series platform alongside its 13th Gen Core “Raptor Lake-S” desktop processors on October 20th.