Intel’s own roadmaps confirm Z370 chipset going for retirement soon. The new chipset brings a handful of new features such as USB 3.1 support and optional Wireless-AC support. Nothing that should be considered groundbreaking though. In fact, some motherboard manufacturers tell us it is basically a renamed Z370.

Same applies to X299 platform. The roadmap for upcoming HEDT series lacks Cascade Lake X for LGA3467 socket, which have already been demonstrated at Computex this year. Basin Falls Refresh would, therefore, be a Skylake-X Refresh, which might have been abandoned at this point. Or maybe, we get both? 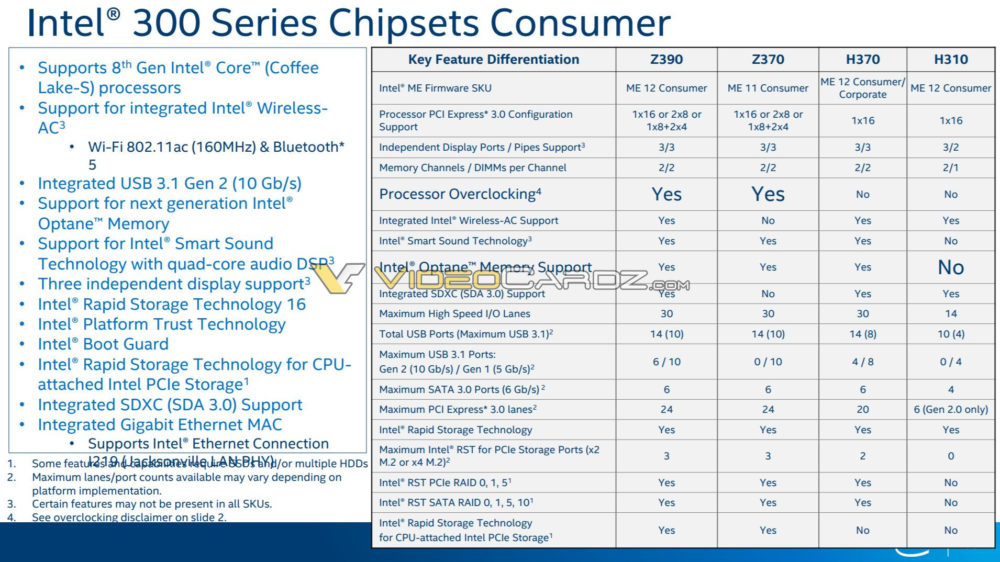