Xe Super Sampling (XeSS) will be supported by all modern GPUs

Intel is working with game developers to bring support for XeSS to as many games as possible.

Intel’s Ryan Shrout and Tom Petersen provide an update on XeSS technology, which is actually a first update in months. The technology is long-overdue though, failing to meet its initial launch window of ‘early summer’. 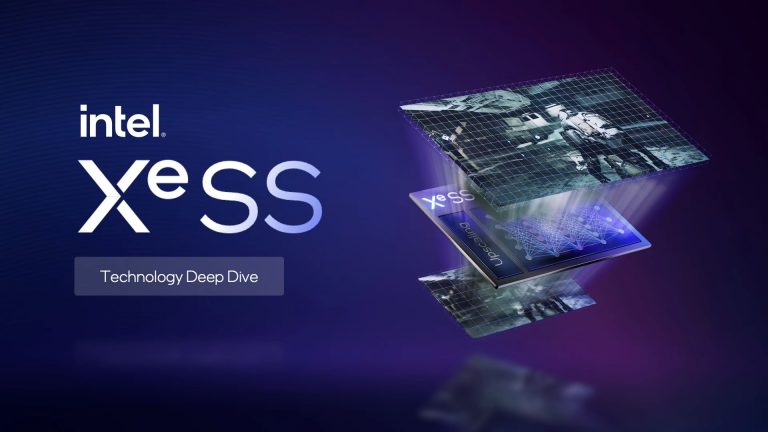 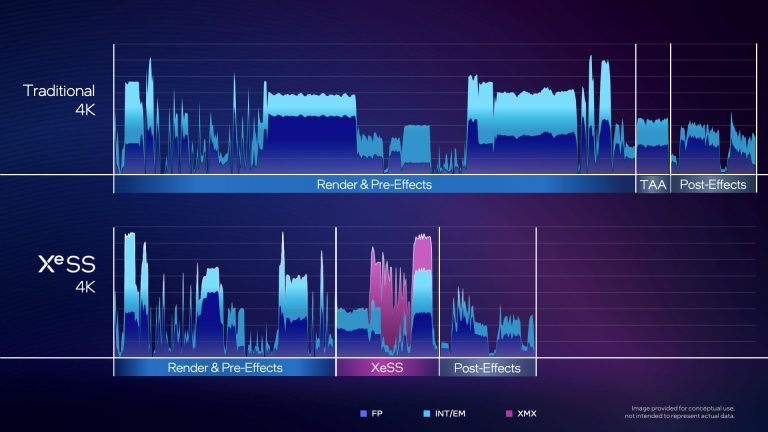 The company has disclosed further details on its temporal upscaling tech, such as first performance figures with Arc A770 GPU and further information on supported GPUs. Intel XeSS technology will be supported by all GPUs with Shader Model 6.4 support, so for instance, NVIDIA Maxwell GPUs.

The video shared alongside the article over at Intel website features a demo with Tom’s PC using XeSS at balanced mode and Ryan’s using native 1440p resolution. They were playing Shadow of the Tomb Raider with Max settings where Tom saw 60-80 FPS while Ryan’s CP had trouble hitting 60 FPS mark. 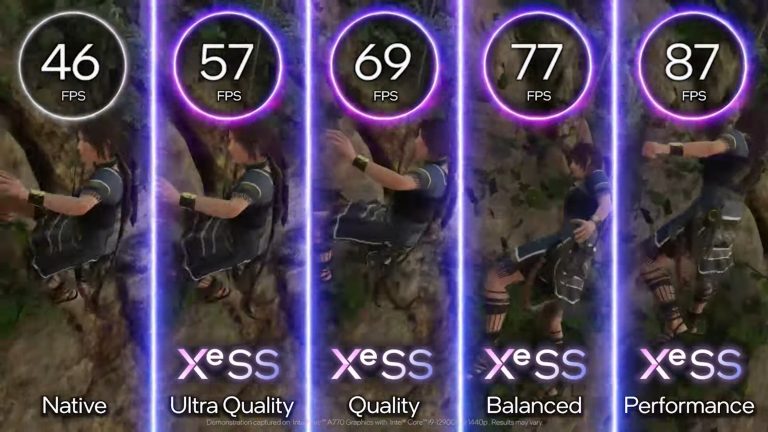 Intel XeSS in Shadow of the Tomb Raider, Source: Intel

Intel XeSS will support four quality modes: Performance, Balanced, Quality and Ultra-Quality, offering either best performance or best image quality. For Performance mode, which is the lowest quality mode but also the highest performance, Intel is sharing new benchmark data. This preset will provide at east 37% better framerates in games such as Chivalry 2 or Shadow of the Tomb Raider and up to twice the framerate in Hitman 3 or Ghostwire Tokyo. 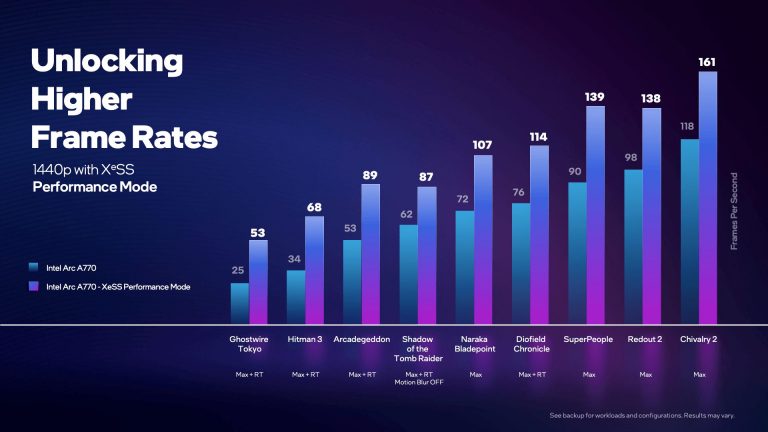 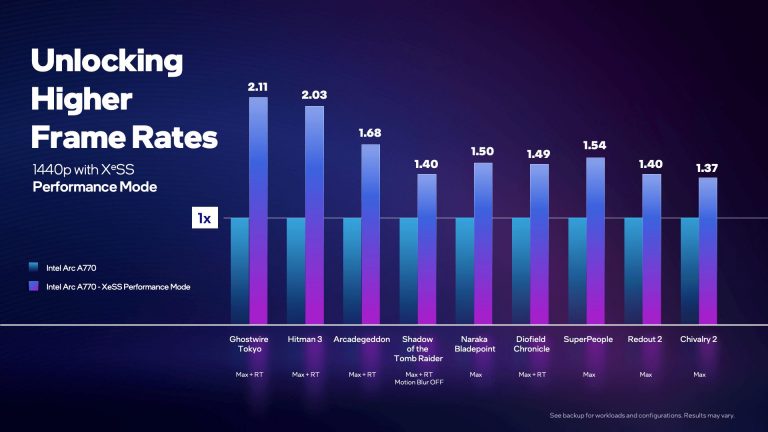 Balanced mode with better image quality will boost performance from 26% to 75% in games that were tested by Intel at 1440p resolution. 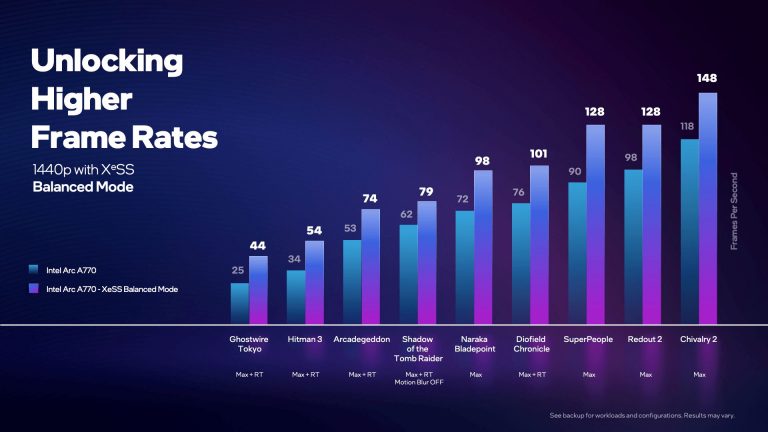 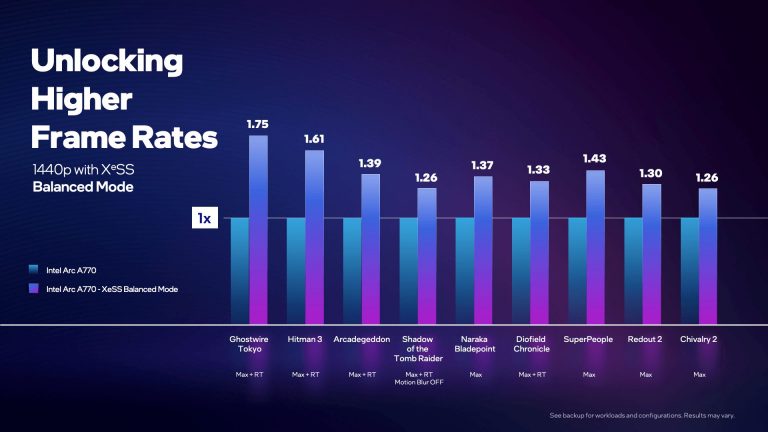 Intel is working with UL/3DMark developer to launch a new feature test for XeSS technology. The company is providing first benchmark estimates, confirming XeSS will be 50% to 150% faster depending on a mode compared to TAA implementation. 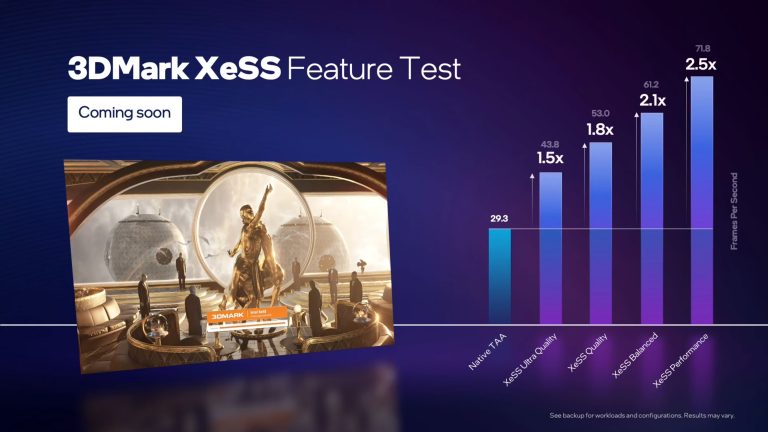 The screenshots shared by Intel confirm that Arc A770 GPU was used, where the GPU clock speed was at 2100-2200 MHz mark. 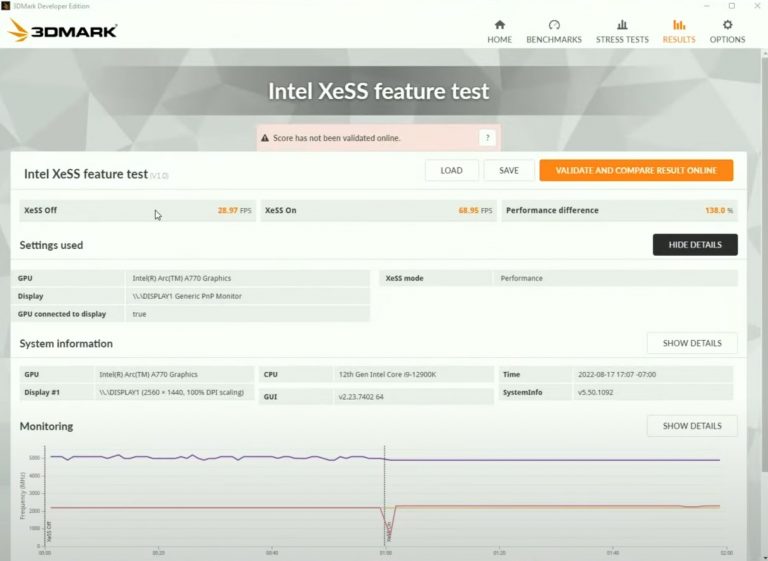 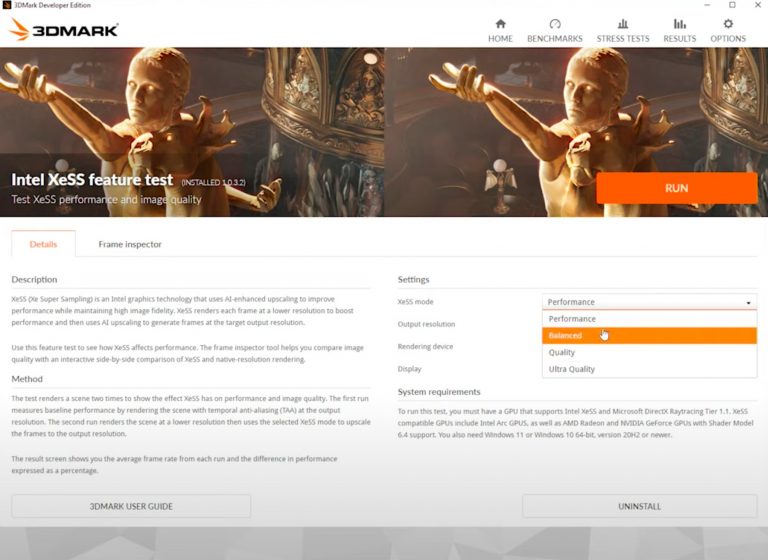 More importantly, Intel confirmed XeSS will be coming to Call of Duty Modern Warfare II, which is launching on October 28th. Thus far, Intel did not confirm when the first game with XeSS will become available. 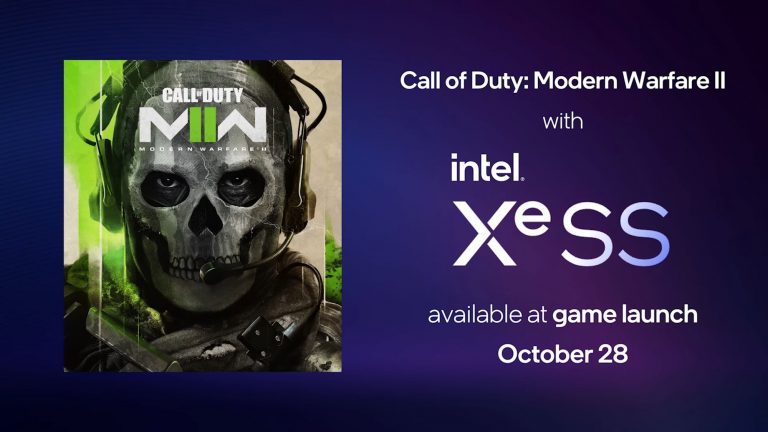 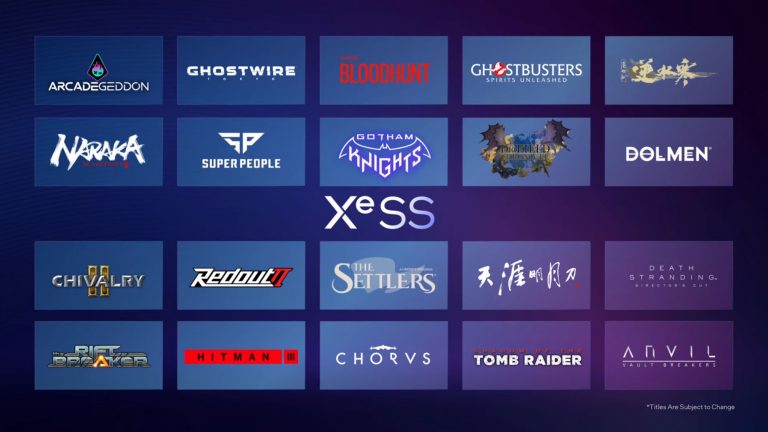