Intel unexpectedly released its XeSS super resolution technology earlier this week. With no Arc A7 desktop GPUs available, the technology can only be tested on mobile Arc GPUs, low-end desktop A380 card or other vendor graphics, Tom’s Hardware and PCGamer did just that.

Intel XeSS has two built-in binaries, one supports XMX acceleration on Arc GPUs and the other version works with DP4a instructions available on most modern GPUs. This fallback mode should work for GPUs such as NVIDIA Pascal, Intel Gen11 graphics or AMD Vega20, Navi 12 and newer.

Most tech reviewers are now busy testing NVIDIA RTX 40 and Intel’s own Arc A7 GPUs. This means that hardly anyone has time to test XeSS right now. It is very likely, though, that we will hear more about this technology along with Arc desktop reviews planned for next week. Thankfully, some media outlets found time to verify how XeSS works with other GPUs.

At PCGamer there is a comparison between native, DLSS and XeSS rendering with GeForce RTX 2080 Ti. The card 112 FPS with XeSS set to Quality, which is bit slower than NVIDIA’s own DLSS implemenation. 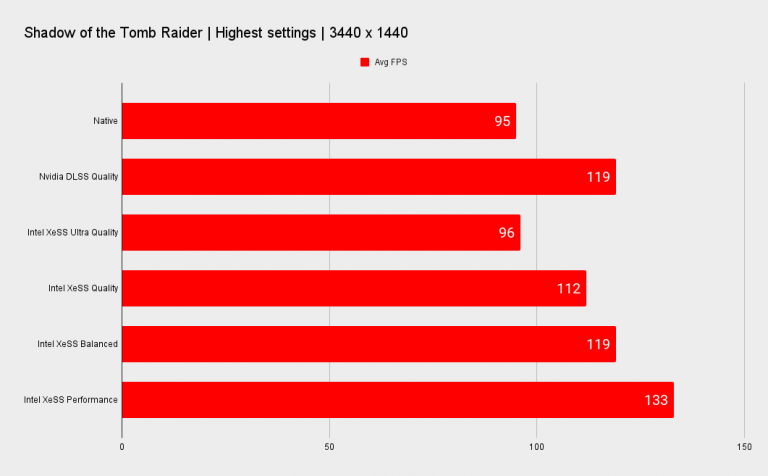 A bit more detailed test was published by Tom’s Hardware, who did a comprehensive comparison between several NVIDIA and AMD modern and older GPUs. The results are quite interesting because XeSS works with all tested GPUs, except it does not always bring huge performance uplift. In some cases, it even runs slower. 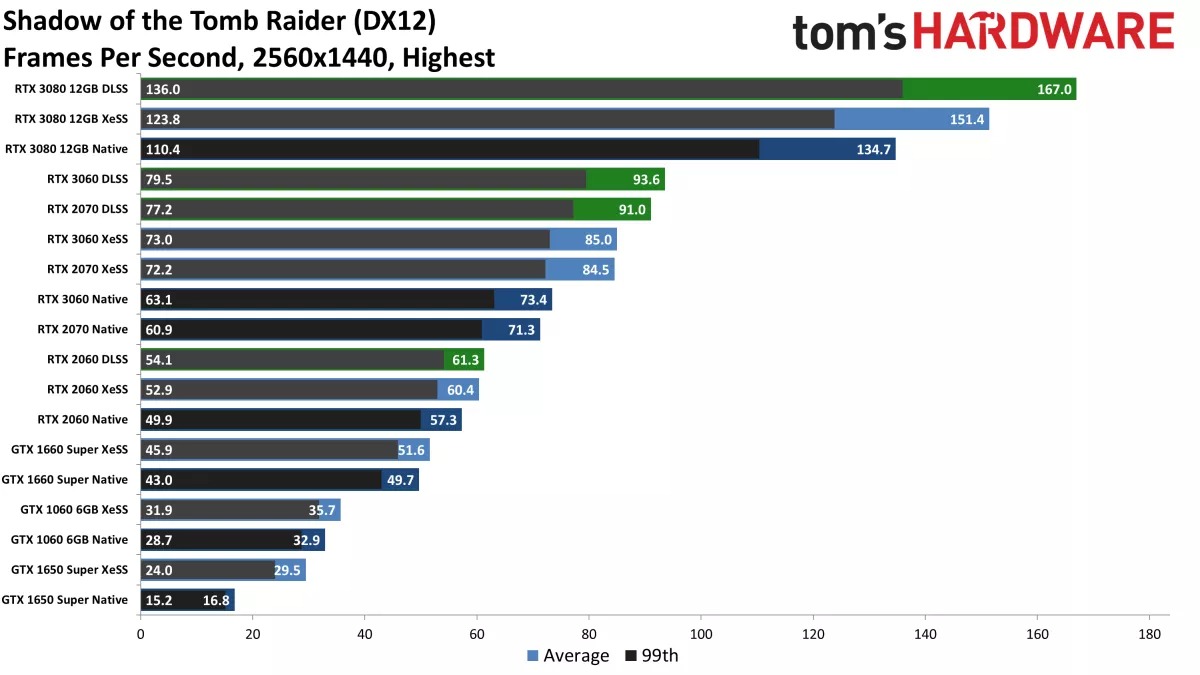 The editors claim that this might be due to DP4a instructions are not being natively supported by all GPUs, but emulated with 24-bit integers. This would explain why RX Vega and Navi 10 series ran slower. Other GPUs have shown performance improvement, but it was not a huge difference. A 6GB VRAM bottleneck is mention as a potential culprit, which is quite unusual for a 4-year-old game. 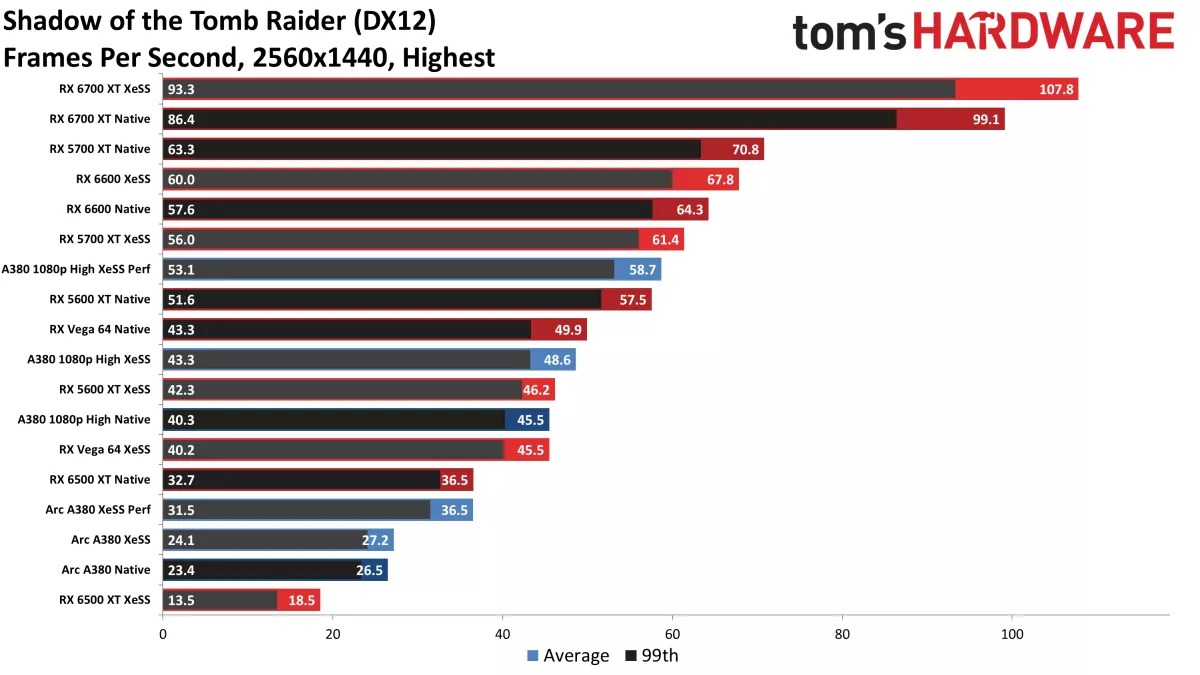 The results shown above are of XeSS Quality mode, the second-best profile available for this technology, and compared with DLSS Quality and native 1440p rendering. Intel confirmed that performance and image quality between XeSS DP4a and XeSS XMX will vary. In numerous instances, XeSS DP4a provided no performance benefit at all, ‘basically matching native performance’ reports Tom’s Hardware.

However, these are the early days of XeSS and there is a long way ahead, plenty of bugs to be fixed and performance optimizations to be made. With the upcoming Arc A7 launch, Intel could now prioritize its Arc XMX algorithm moving forward, but the good news is that there is one API and SDK, so the development has to progress for both.