Intel XeSS has been added to Hitman 3, Spider-Man Remastered, The Riftbreaker, Enlisted and Redout 2

The list of games with Intel XeSS super sampling is growing by the day.

In less than 24 hours, four games have now received an update for Intel XeSS. Some titles were announced months ago, so it’s not like Intel XeSS was added overnight. However, with Arc A7 GPUs coming to the market next week, it was about time we see XeSS in action.

For now, gamers can enjoy XeSS technology either through other vendor GPUs that support DP4a instructions, or Intel’s own Arc A380 entry-level desktop GPU or Arc Mobile series. The performance with A380 GPU is not really great for gaming, so it probably makes sense to wait for the A770 and A750, both launching next week.

Among the games that received XeSS update is Hitman 3, which is also getting AMD FSR 2.1 update. This game already supports NVIDIA DLSS, so that’s a very interesting title to test right now. Furthermore, The Riftbreaker now also supports XeSS. This was one of the first games demoed by Intel with this technology. There is an update for Redout II for PC.

Finally, a popular first-person shooter set in WW2 is also getting XeSS. As announced today, Enlisted latest patch brings XeSS supports and it delivers up to 50% better performance at 4K, claims the developer. This is another game that already supports AMD FSR and NVIDIA DLSS.

Update: It looks like XeSS has been added to Spider-Man Remastered today as well. 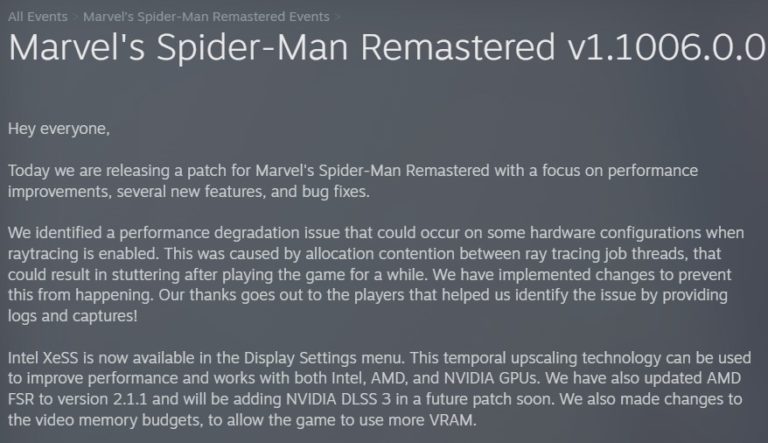 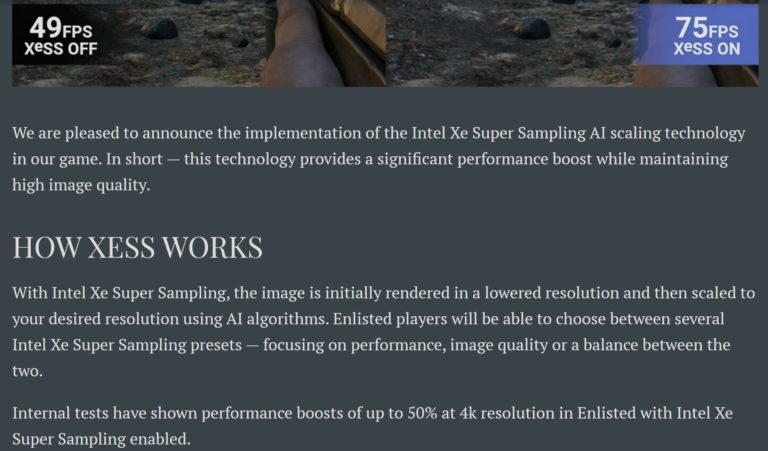