Intel Arc without XeSS at launch

One of the most anticipated technologies won’t be available at launch.

If you are in a market for a new gaming laptop, then Intel has just released Arc A-Series of discrete GPUs for gamers. Initially, only the entry-level 64-bit graphics are available, which means that for high-end gaming we still need to wait until early summer. Furthermore, Intel also delaying the launch of its XeSS AI-based upscaling technology till, you have guessed it, early summer.

Intel XeSS has today been confirmed to support as many as 20 titles at launch: Death Stranding: Director’s Cut, Legend of the Tomb Raider, Ghostwire Tokyo, Chorus or Hitman 3. This list might be extended as we approach the launch.

By the end of the second quarter, AMD’s FidelityFX Super Resolution 2.0 should also be available, which unlike XeSS, does not require special XMX or DP4a instruction support. Intel XeSS will also compete with well-established NVIDIA DLSS 2 technology, already supported by hundreds of games. 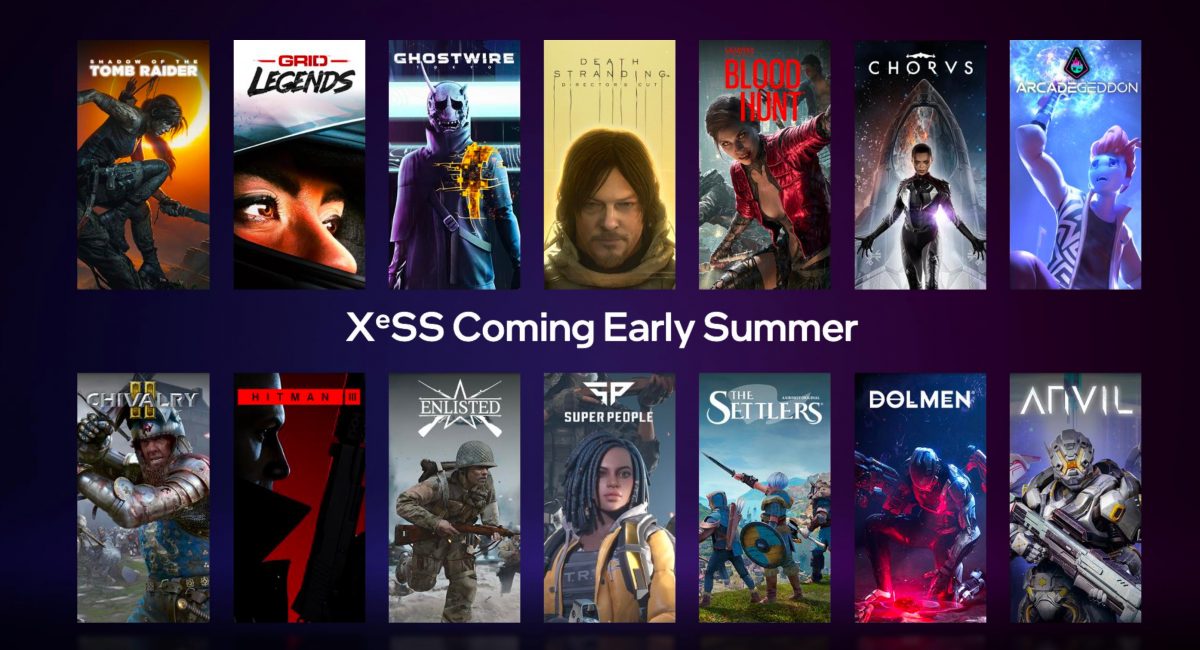