Yuuki gained access to a 48-core and 96-thread Intel Sapphire Rapids data-center CPU with a TDP of 270W. This is the upcoming 10nm CPU designed for Intel Socket E (LGA-4677). The processor being tested is not a production unit, but an engineering sample carrying a Q-SPEC designation of “QYFQ”.

According to Yuuki, this sample has a base clock of 2.3 GHz and boosts up to 3.3 GHz. It is equipped with 90MB of L3 cache and has no HBM memory attached. This is not the flagship Sapphire Rapids CPU though, as Intel is also planning a 56-core and 112-thread SKU, which is said to have a TDP of 350W. 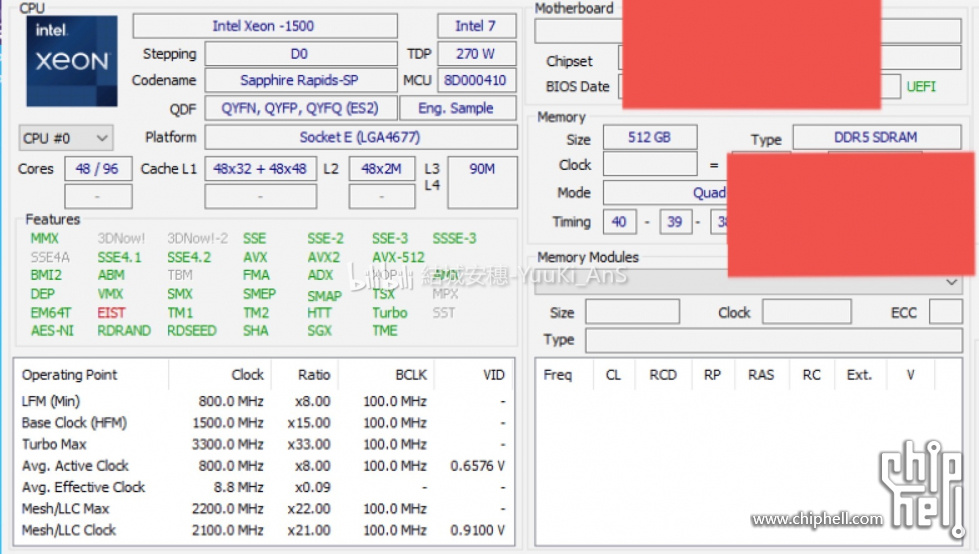 The same has been tested in the dual-socket configuration in AIDA64 Cache & Memory benchmark. It has been compared with dual AMD EPYC 7773X “Milan-X” CPUs, which is a 64-core and 128-thread processor supporting DDR4 memory. Yuuki also provided test results of the Ice Lake-SP part (Intel Xeon Platinum 8380). The leaker did not provide details for memory configurations of Sapphire Rapids-SP though, but the platform supports DDR5-4800 memory by default.

Overall, Milan-X still offers better L2/L3 cache speeds mainly due to its very large 768MB 3D V-Cache buffer, however, the eight-channel DDR5 memory on Sapphire Rapids put it at the very top of all three platforms. 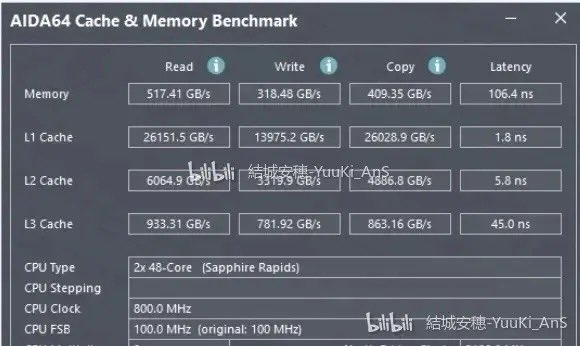 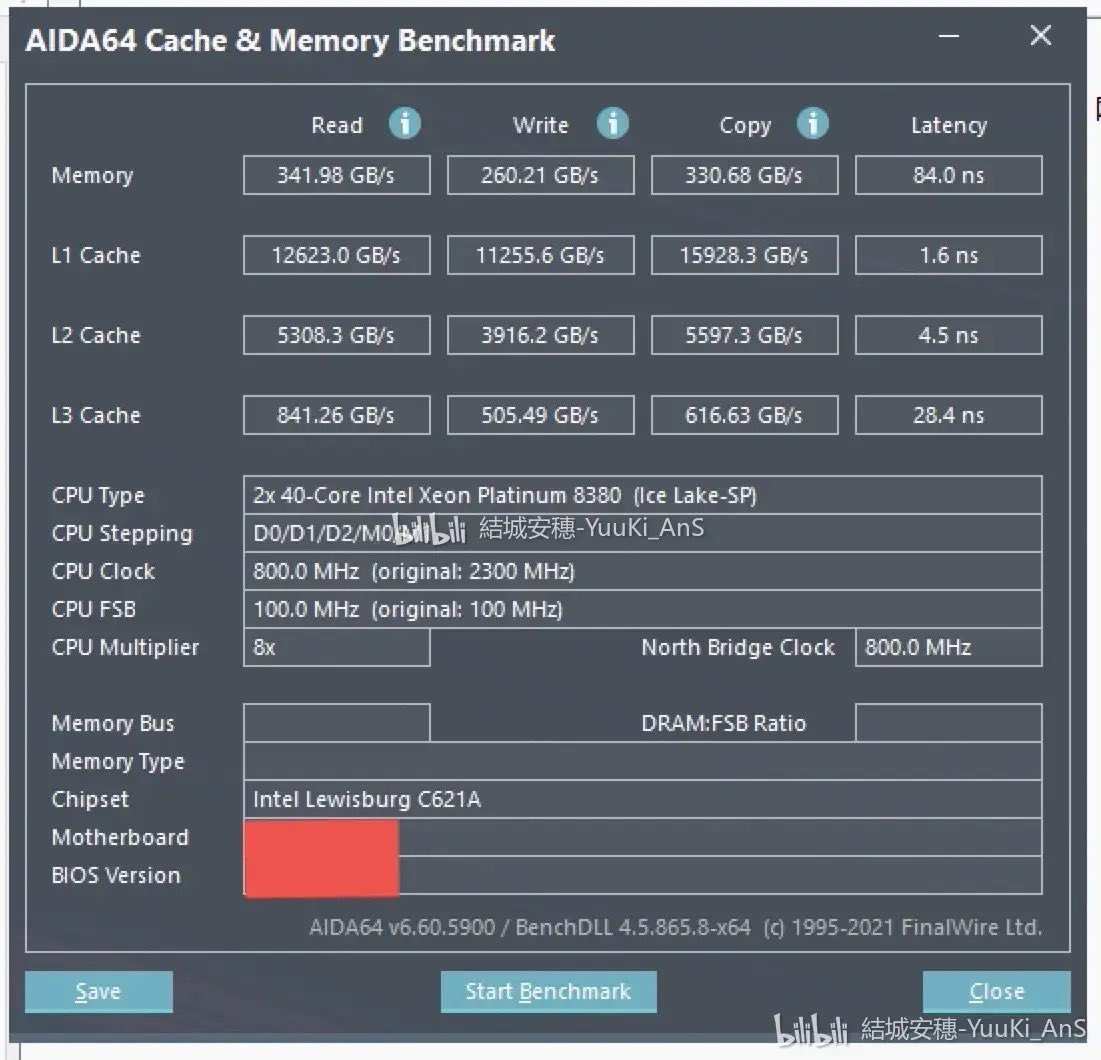 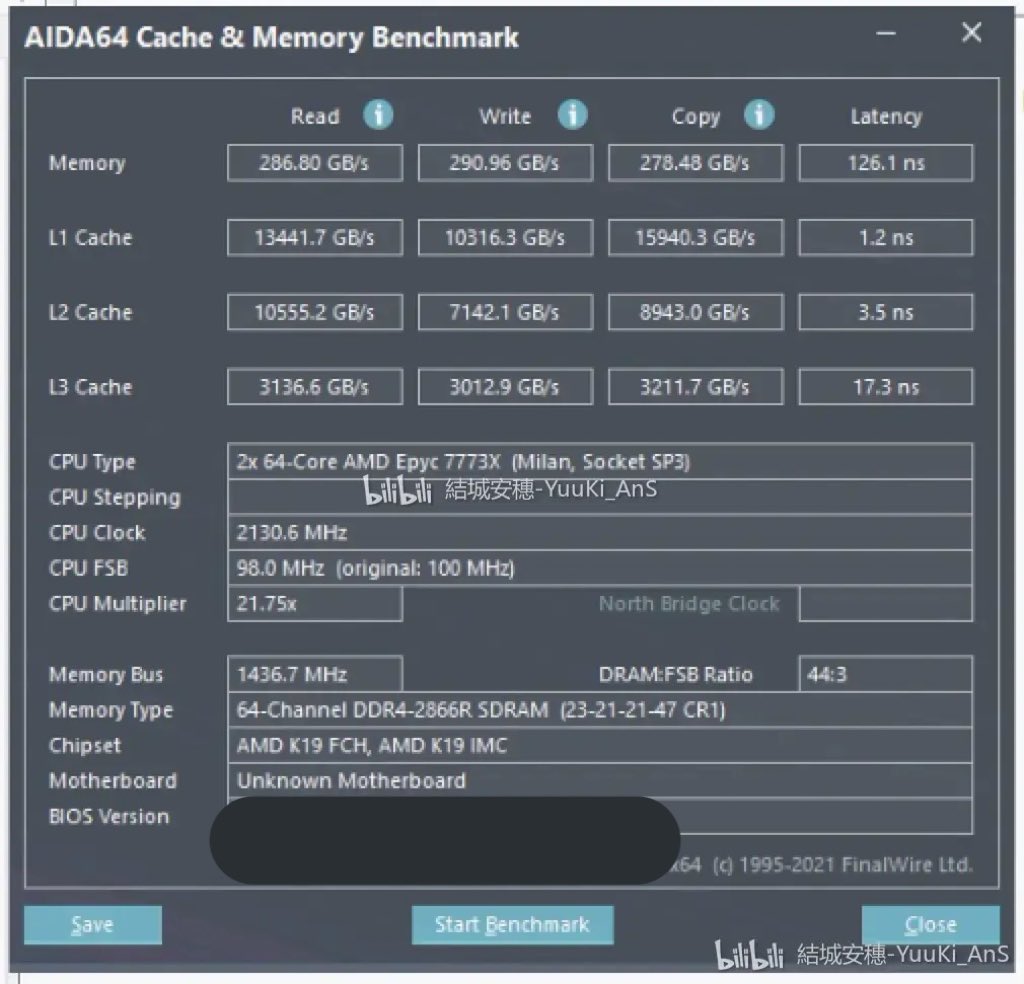 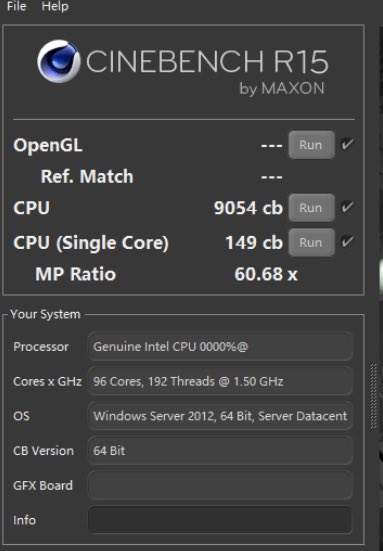 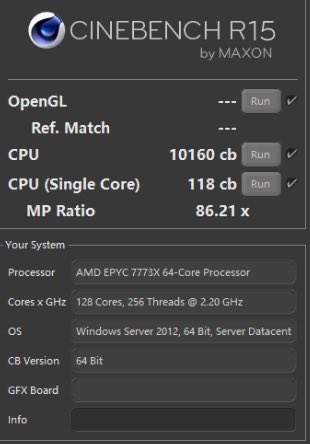 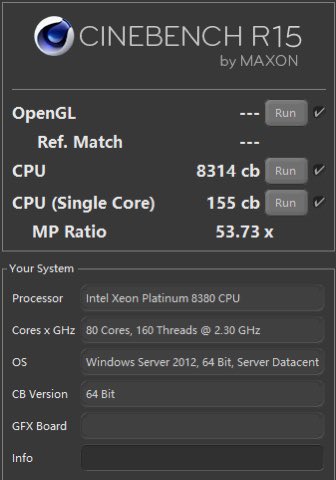 Intel Sapphire Rapids is part of the new Eagle Stream platform that should also host its successor the Emerald Rapids. Intel Sapphire is based on Intel 7 (10nm) process technology and will offer up to 56-cores (112 in dual-socket configuration). Eagle Stream will be Intel’s first platform to support both DDR5 memory as well as PCI-Express 5.0.