Sapphire Rapids may not be here yet, but the specifications of its successor are already known thanks to the latest leak from YuuKi_AnS.

The leaker confirmed the specs of the upcoming Xeon CPU series known as Emeralds Rapids, a successor to now delayed Sapphire Rapids. The CPU architecture will use the same Eagle Stream platform, but there will be some minor changes, such as support for faster DDR5 memory.

Based on the same Intel 7 architecture and the same platform, Emeralds Rapids (EMR) was not expected to introduce major improvements to the Xeon series. Although not listed on the spec sheet, YuuKi confirms that the upcoming series will indeed have 64-core SKUs, for SPR that’s up to 56 Performance cores. This part is not new though and has been mentioned by other leakers.

The 4th Gen Xeon “Sapphire Rapids” supports 4800 Mbps memory in 1 DIMM per channel (1DPC) configuration. According to the leaked spec sheet, the same speed will be supported by Emeralds Rapids, except in this case, in dual module per channel (2DPC), while 1DPC (DIMM per channel) will increase to 5600 Mbps. 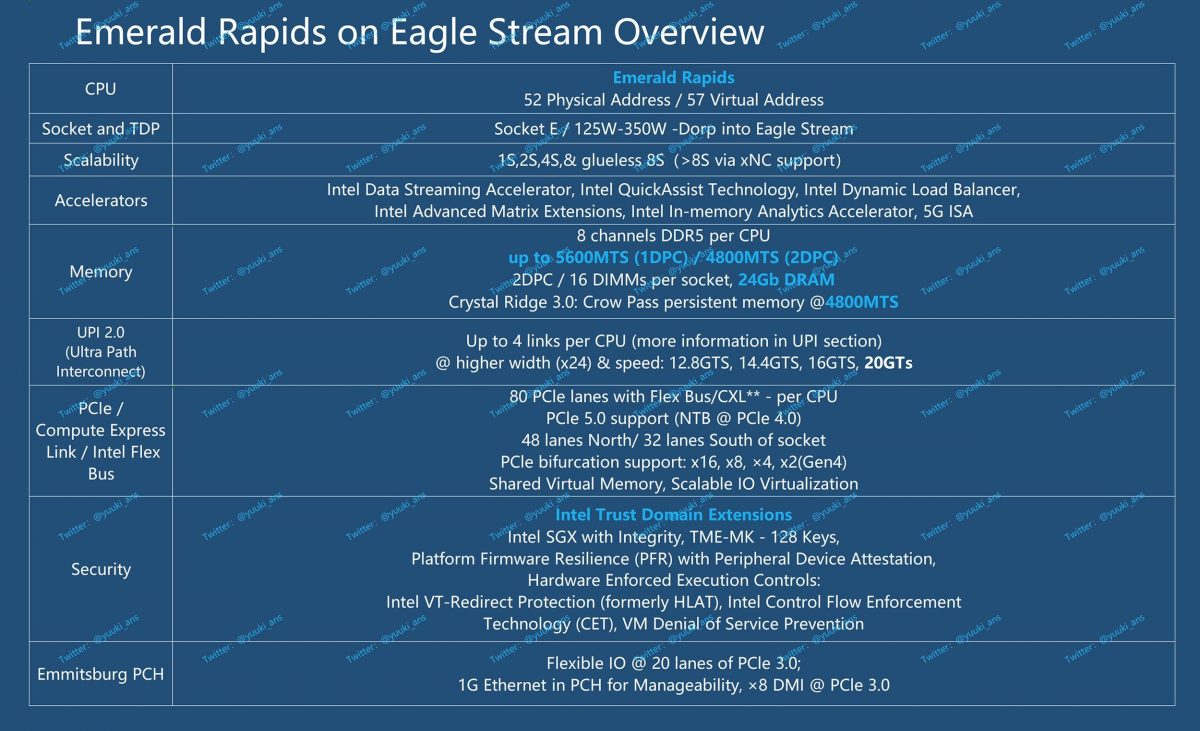 The UPI (Ultra Patch Interconnect) link will now 20 GT/s mode, an increase over Sapphire Rapid’s 16 GT/s. Furthermore, Intel will be adding TDX “Trust Domain Extensions” which are used for hardware-isolated virtual machines. No other changes are highlighted on the chart. One should also note that the version for CXL (Compute Express Link) standard is not listed.

Intel recently commented on Sapphire/Emeralds Rapids development. The company has said that “Emerald is executing beautifully, high confidence of where we see that coming out”. The company introduced new validation methods to limit the risk and improve its product development cycle. 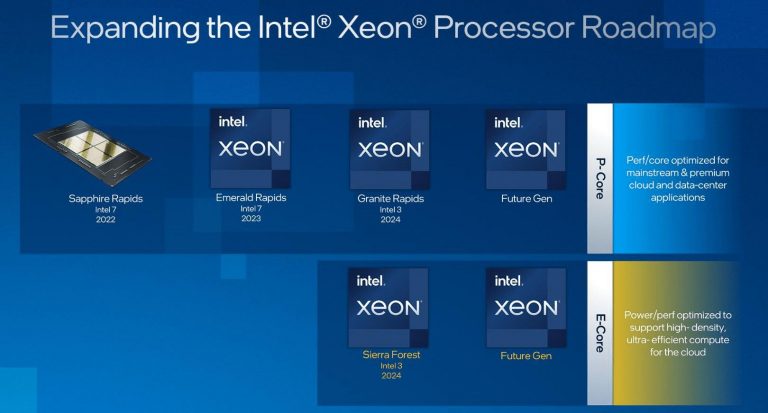