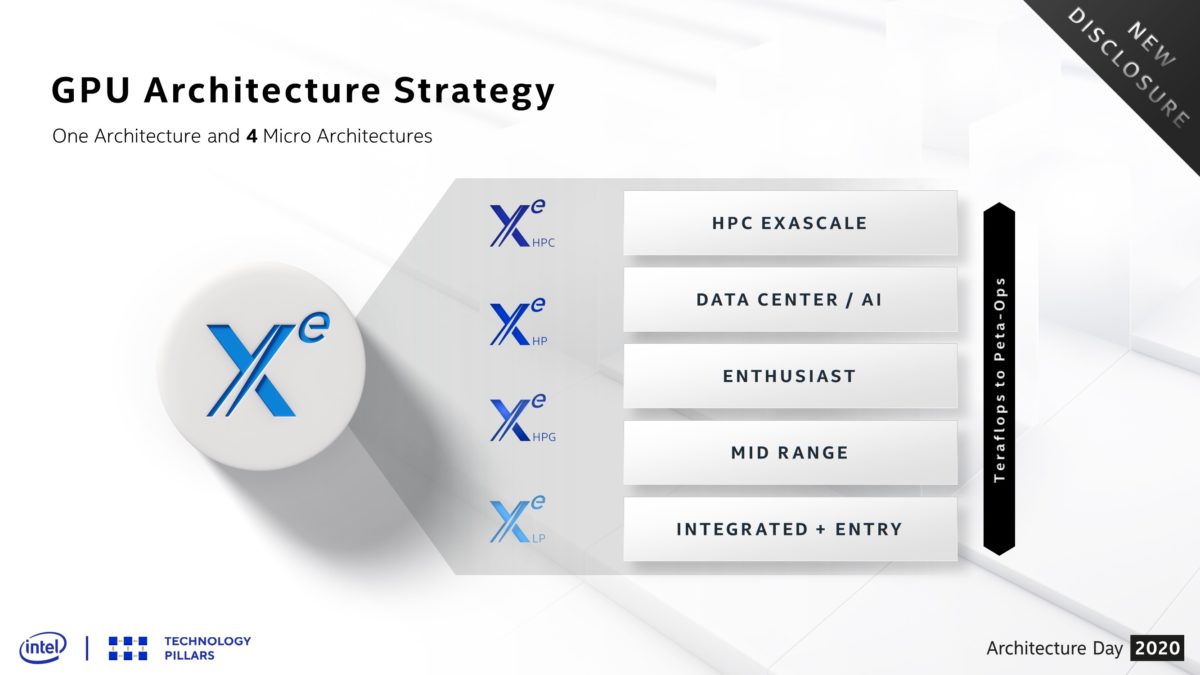 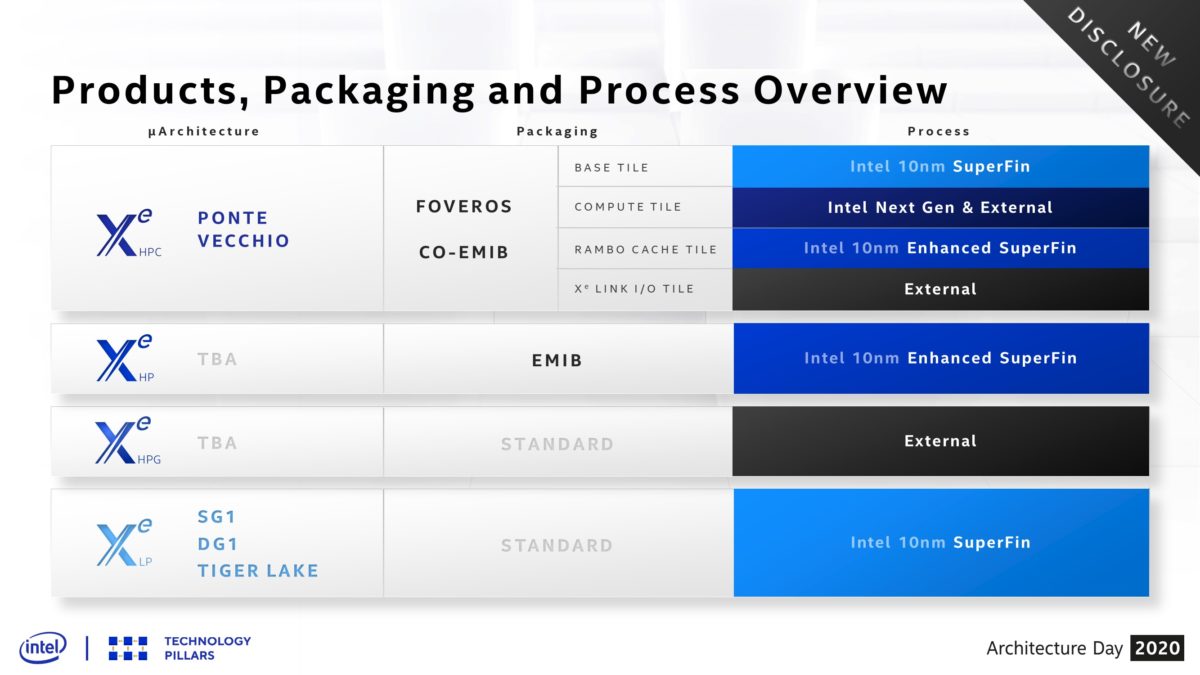 Xe-HPG architecture as advertised by Intel

Intel is allegedly evaluating the possibility of launching a 960 Execution Unit chip based on Xe-HPG architecture, a rumor from Twitter user suggests (update: user requested his name to removed due to security reasons).

Now, there is still a lot that we don’t know. The alleged Intel DG2 discrete graphics might not be targeted for desktop gaming only, but also (or primarily) for a mobile discrete platform. There is also a possibility that there are two lineups based on the DG2 series. In other words, there are still more questions than answers.

The DG2 series is currently planned to offer 128, 384, and 512 Execution Units. It is unclear if each of those configurations come with a separate die, but the 384 one is rumored to be around 185 to 188 mm2, a considerably small processor.

According to the leaker, Intel is also evaluating at 960 EU option, but it is uncertain if this GPU will enter mass production. Such a configuration would definitely put pressure on NVIDIA Ampere and AMD RDNA2 high-end graphics. The Xe-HPG GPU with 960 EUs would offer 7680 FP32 ALUs (cores).

Similarly to AMD RDNA2, the Intel Xe-HPG lineup would focus on GDDR6 memory technology, leaving GDDR6X exclusive to NVIDIA Ampere. The 384 EU die is rumored to offer a 192-bit bus and 6GB of GDDR6 memory.

According to what we are hearing, Intel Xe-HPG is currently planned for the second quarter of 2021. Intel has confirmed Xe-HPG will be manufactured by external foundry, the fabrication node has not yet been confirmed.

Xe-HPG has one SKU that has 960EUs, But I don’t know it whether will mass production.

A variable: as you know, 10SF doesn't perform well as N7 in the low-mid performance range. If DG2 switch to N6, there may have some additional benefits. https://t.co/f8geb5irR2

User MebiuW commenting on a possible fabrication node of DG2