Next year Intel is set to launch two graphics cards series based on Xe Graphics architecture: Xe-HP (aka Arctic Sound series) and Xe-HPG (aka DG2 series).

There is a fundamental difference between the two architectures. The Xe-HP series are targetting Data Centers and they will be available in at least three variants: 1-tile (512 EU), 2-tile (1024 EUs) and 4-tiles (2048 EUs). This family of GPUs is also expected to use HBM2 memory. The Xe-HPG GPUs, on the other hand, will target gaming systems and use a different memory technology (GDDR6).

Although both architectures will feature 512 EU variants, a new leak from Geekbench seems to point clearly at the Xe-HP variant (Gen12HP):

This is not actually the first time we are seeing the “NEO Graphics”. Intel has already confirmed it during its Architecture Day where Neo appeared when they were demoing raw FP32 performance, only then it was called XeHP HD instead of Gen12HP:

The new information is the memory and clock speed used by the device. During the event, Intel demonstrated the samples running at 1.3 GHz, whereas the new leak shows a device with a 1.15 GHz clock. This suggests that the single-precision compute performance might actually be lower.

Compared to the slower NVIDIA Ampere GeForce graphics card – RTX 3070 – the Xe-HP with 512 EUs does not seem to very competitive. In most benchmarks, the RTX 3070 is at least a few times faster than Intel GPU, but this might be due a lack of optimizations for this particular benchmark. 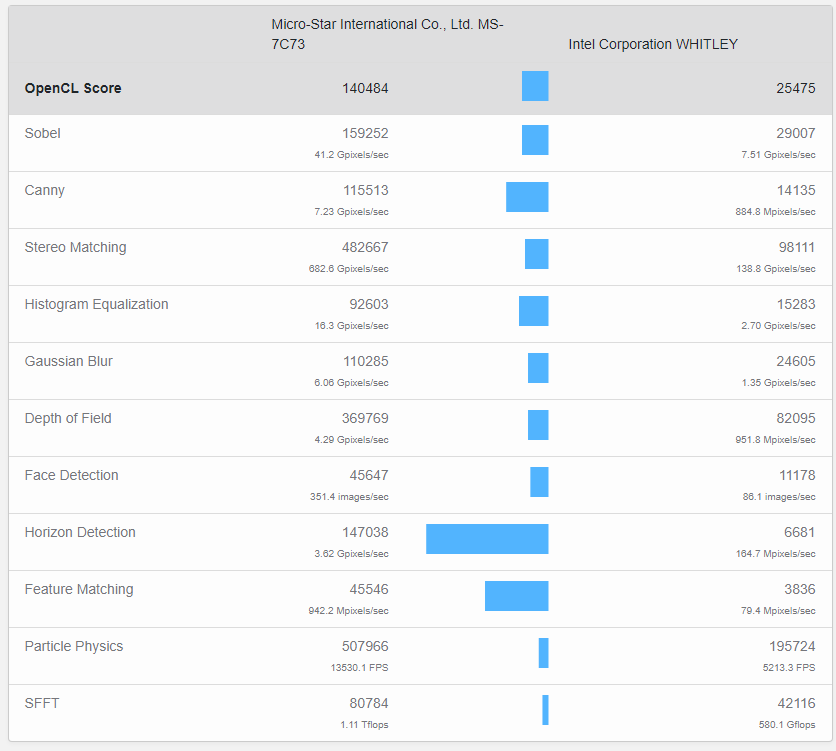 The GPU in this leak is the 1-tile Xe-HP GPU as shown on this official slide: 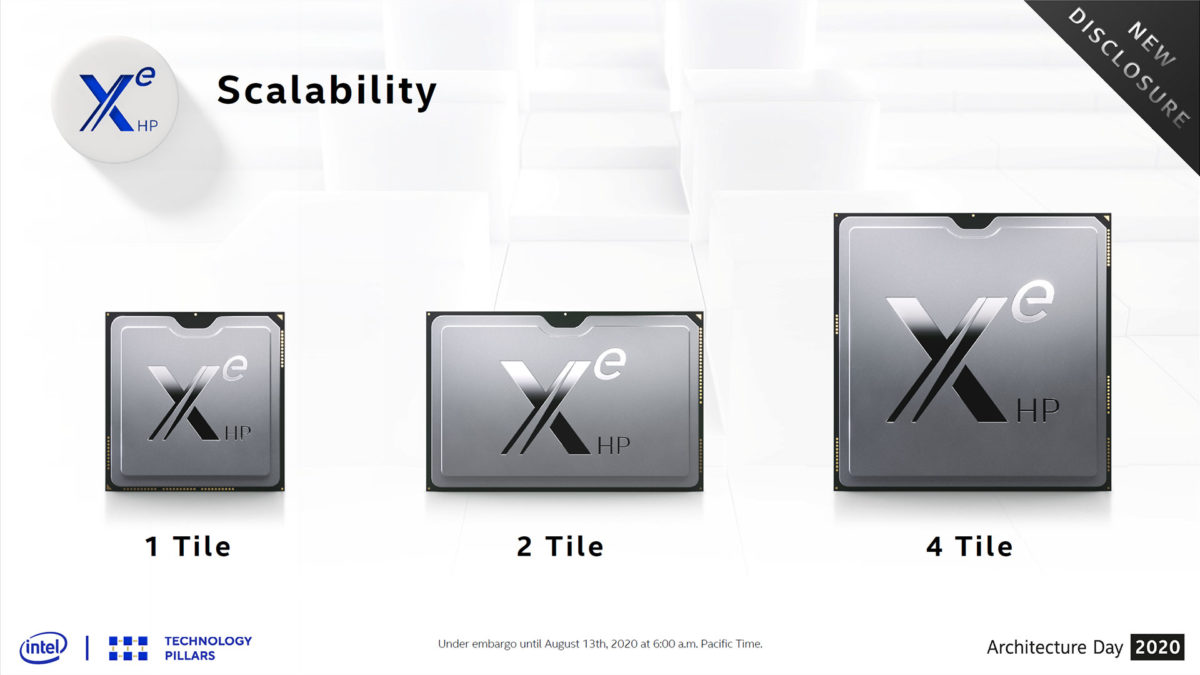