Intel will not launch 11th Gen Core-X and Core-S series this year?

The slide comes from an Asian Intel Partner meeting from yesterday, so it is quite fresh. It shows that Intel will not launch any new Core-X series this year and the highest-end CPU will stop at 18-cores.

Intel Core-S series will not see a successor this year either. The rumors were that Rocket Lake-S series might launch later this year, but it remains unclear if the series will be part of the 10th Gen Core or launch as 11th Gen series instead.

If this slide is real, and we have no reason to believe otherwise, then Intel is pretty much done for this year for the consumer desktop platform. The company is still set to launch Tiger Lake for mobile devices and hopefully its discrete Xe graphics towards the end of this year. 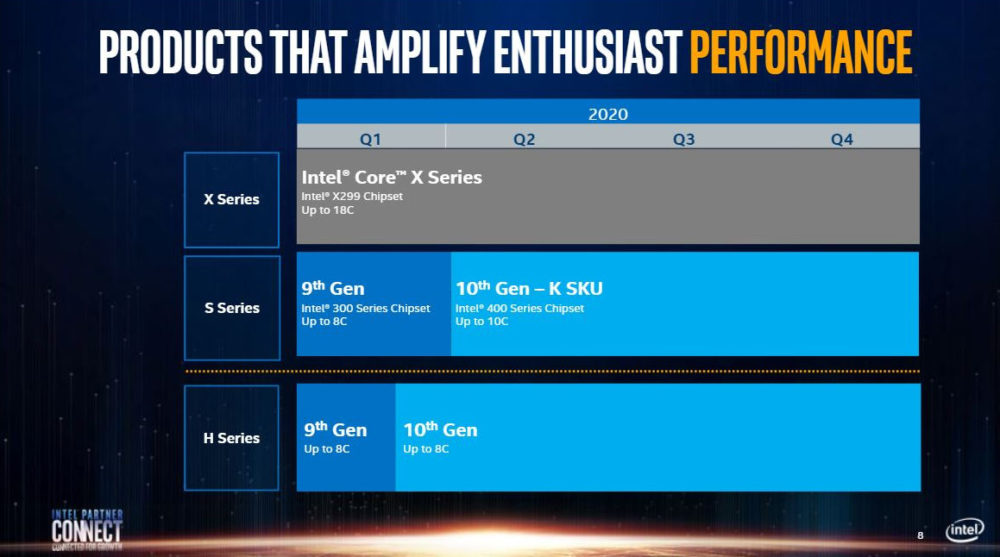