Intel intends to refresh its vPro client products in the first quarter of next year, the newly leaked roadmap indicates.

The roadmap is clearly not the latest, but the revision date mentioned on the slide at least confirms it’s from this year (16th January 2021 to be exact). The image quality of the roadmaps that we received from an anonymous source is not the best either, to say the least. However, it is good enough to read the text, which clearly reveals the names of Alder Lake-S and Alder Lake-P arriving in Q1 2021. 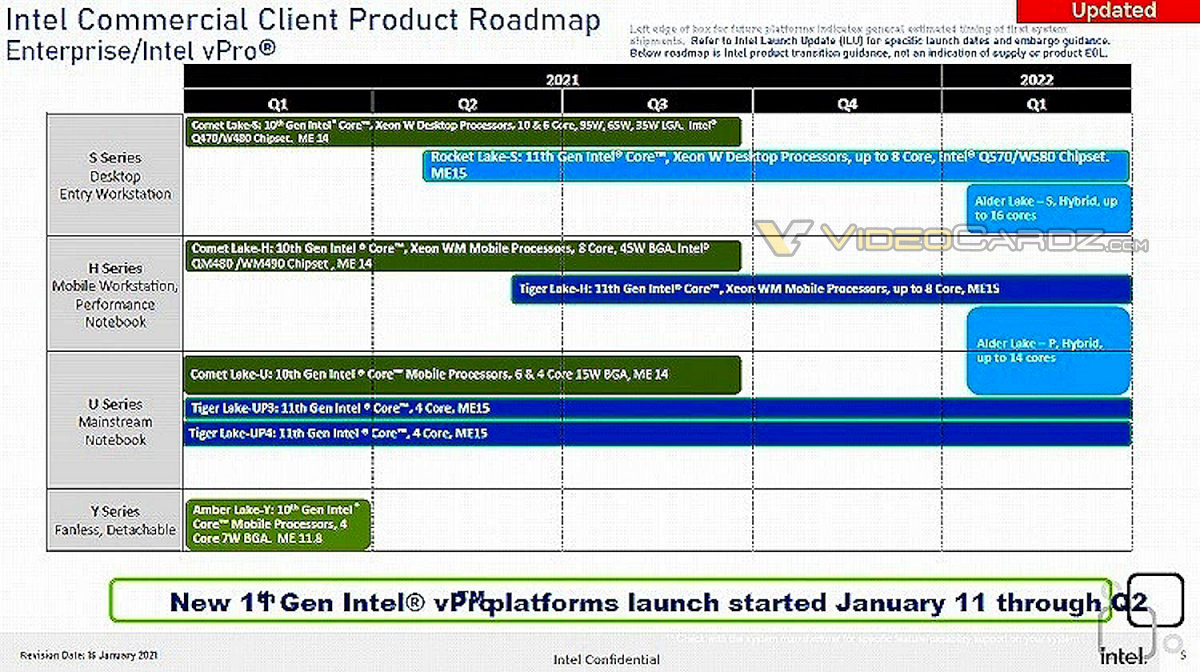 It’s important to underline that the product series listed in this roadmap are the vPro series, which is Intel’s line of business CPUs with enhanced security, remote manageability, and validation for at least 15 months till the next series launch.  Although this is still a ‘client roadmap’, in this case, it means enterprise clients, not typical consumers and gamers.

The roadmap confirms that desktop Alder Lake-S vPRO, which is more than likely to share the specs with consumer Alder Lake-S, will offer up to 16 cores. The specifications of the top Core i9-12900K SKU have already leaked so this core count shouldn’t be a surprise anymore.

Intel’s mobile Alder Lake-P series are listed with up to 14-cores, which likely means configurations like 6C+8c featuring a hybrid configuration of high-performance and high-efficiency cores. It is worth reminding that the Alder Lake-P series include the U15, U28, and H45 series. A higher-end Alder Lake-S mobile series codenamed H55 is to offer 8C+8c, but those are seemingly not included in Intel’s vPro lineup.

Furthermore, we also received this Windows 10 support roadmap for the Alder Lake S/P/M vPro series. The roadmap was made way before Windows 11 was announced, which is to offer scheduler enhancements for Alder Lake’s hybrid core design, but at least it shows that Alder Lake is to be supported till at least 2023 on Windows 10 20H2. 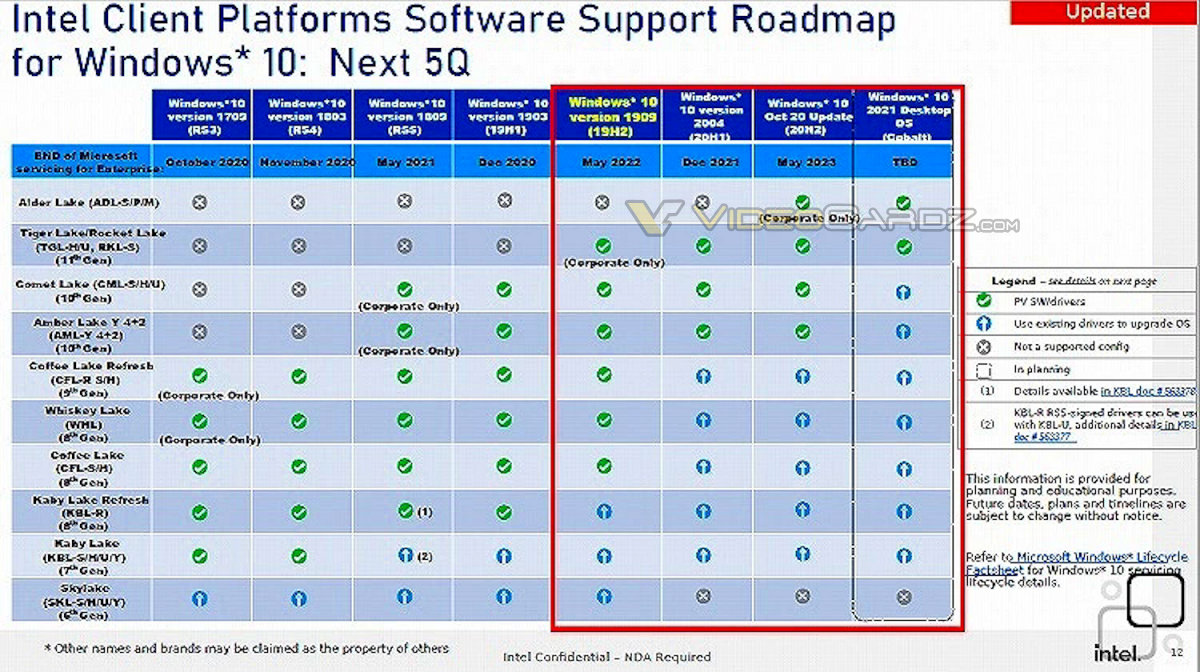