Intel’s Beast Canyon NUC 11 Extreme will pack the latest Tiger Lake-H processor (up to unlocked HK series). It’s a small 8 liter enclosure that will support full length discrete GPUs. Intel does not list which graphics card will be supported, but one would guess that it should support both NVIDIA Ampere as well as AMD RDNA2 GPUs. At this point, there is no mention of Intel DG2 support. 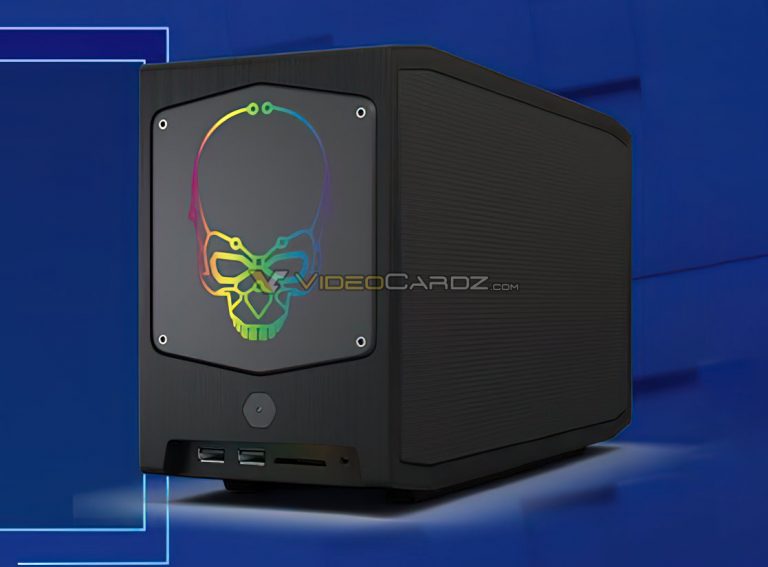 The processor is installed on a new compute element that has already been leaked before through Chiphell. As the leak suggested, this compute element will support various Tiger Lake-H SKUs, including Core i5, i7, and i9 models. This has been confirmed by Intel for Beast Canyon. This product will support up to dual-channel DDR4-3200 memory and up to three devices attached through M.2 slot. It may be important to note that Tiger Lake-H supports PCIe Gen4, which means that both the discrete graphics as well as NVMe storage will run at their full speed.

Users should also expect Thunderbolt 4 connectors, up to three 4K display support, and the latest connectivity options, such as WiFi6, Bluetooth 5, and even 10Gb Ethernet port. Intel is expected to provide a ‘sneak peek’ at NUC 11 Extreme during its upcoming Computex Keynote. 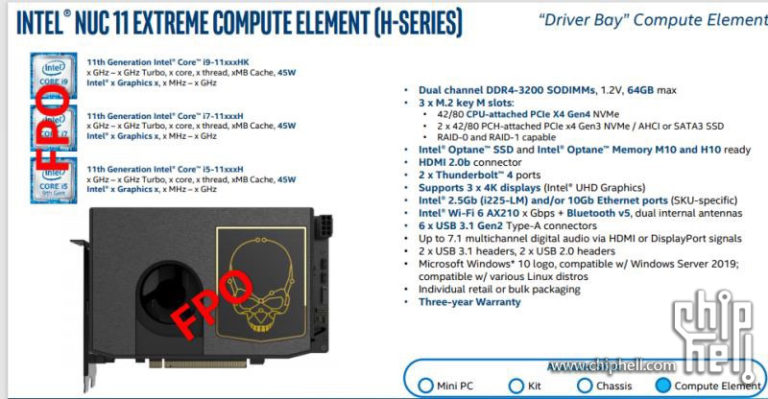