According to the Go To Market (GTM) roadmap posted by @wnxod, Intel 13th Gen Core series will see a gradual launch over the next 2 months. The leaked slide from internal presentation confirms the plans to showcase the new series on September 27th during Intel Innovation event (listed as 28th for Taiwan).

Furthermore, it confirms Intel will start preorder campaign for its flagship Core i9 series immediately, to be followed by Core i7 and Core i5 series two weeks later. However, none of those CPUs will become available until October 20th, so almost a month after AMD officially launches its Ryzen 7000 series on September 27th. 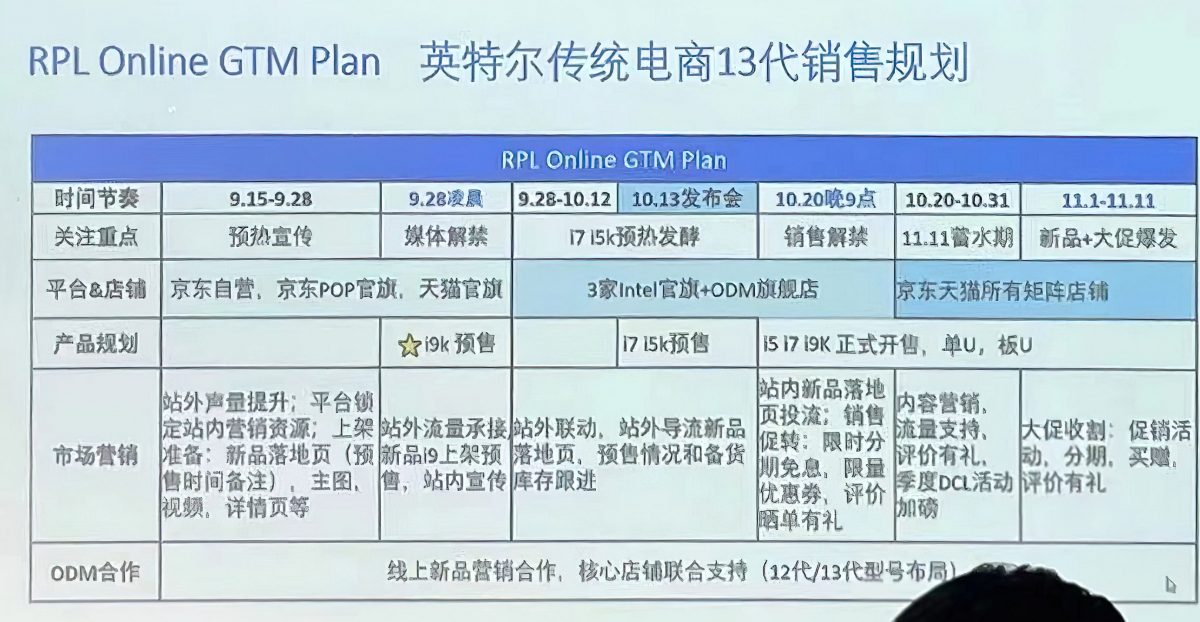 In the first wave, Intel is set to announce three Core K-series CPUs: i9-13900K, i7-13700K and i5-13600K. What, the roadmap does not mention are non-K parts or their mobile variants. Those should also appear next year. When it comes to Z790 motherboards, one should also expect the sale embargo to lift on the same day all three Core series become available.