Not many changes are expected in 2021 for the NUCs.

Intel’s Next Unit of Computing will not see many changes in 2021. According to a roadmap leaked by @momomo_us, only Tiger Lake-U will be added to the NUC platform under a codename of “Hades Follow On”. This roadmap appears to be more current than FanlessTech’s back from March. That said, we are not sure what happened to the previous codenames such as Phantom Canyon (it was carrying the exact same specs). The newer roadmap also appears not to include Panther Canyon (a lower tier NUC Extreme series).

The new roadmap shows that the 100W+ NUC Extreme series will not be updated in 2021, meaning that the recently announced and comprehensively reviewed NUCs 9 Extreme based on the 9th Gen Core series will not see a successor in this year and in 2021.

The NUC 11 Extreme featuring sub-100W processors will be upgraded to Tiger Lake platform by the end of this year, the roadmap shows. The slide mentions Tiger Lake-U, which is (allegedly) configurable up to 28W. These NUCs will also feature 3rd party graphics, likely to be NVIDIA GeForce, although we would be pleased to see Intel’s own DG1 discrete graphics in this form factor.

Intel Tiger Lake is a successor to Ice Lake. The SoC features Willow Cove core design and Gen12 graphics. This is a proper architectural upgrade for the high-end NUCs, which are still only available with 14nm Skylake-based processors. 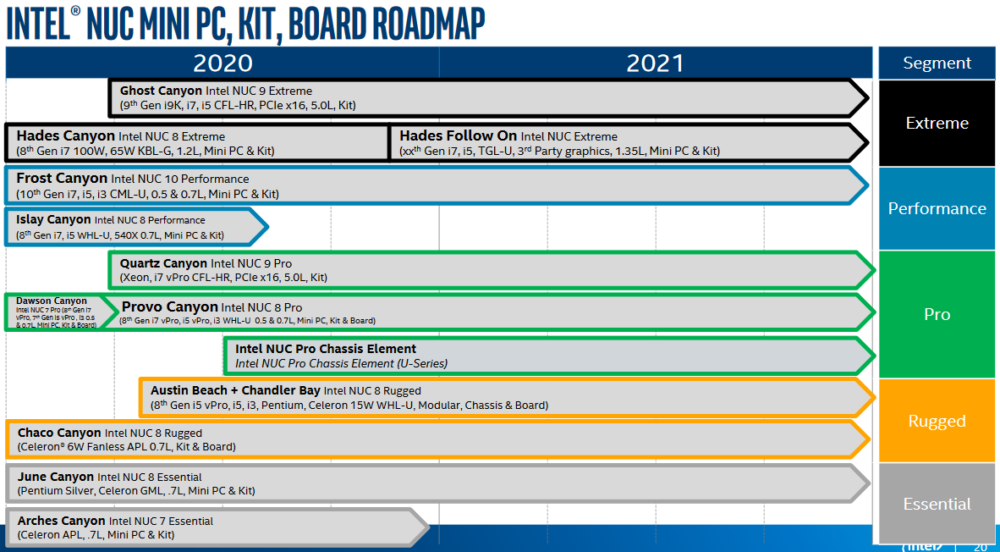 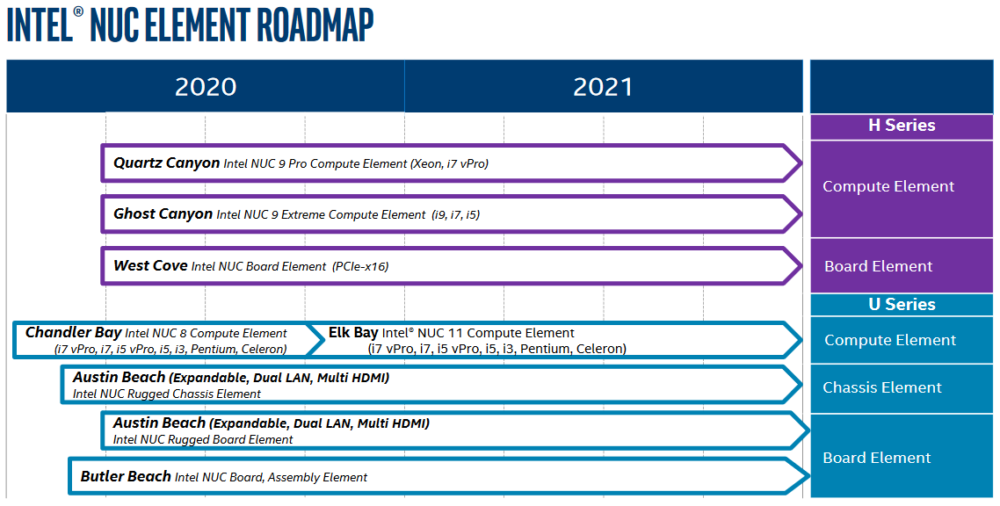