Intel NUC 11 is no longer the only ‘desktop’ system with Tiger Lake silicon.

If Maxsun were to release their newest motherboard a month earlier, this would actually be the first proper desktop platform featuring Intel 10nm node. However, this is no longer the case since Alder Lake desktop CPUs with Intel 7 (10nm Enhanced SuperFin) are now available in stores. 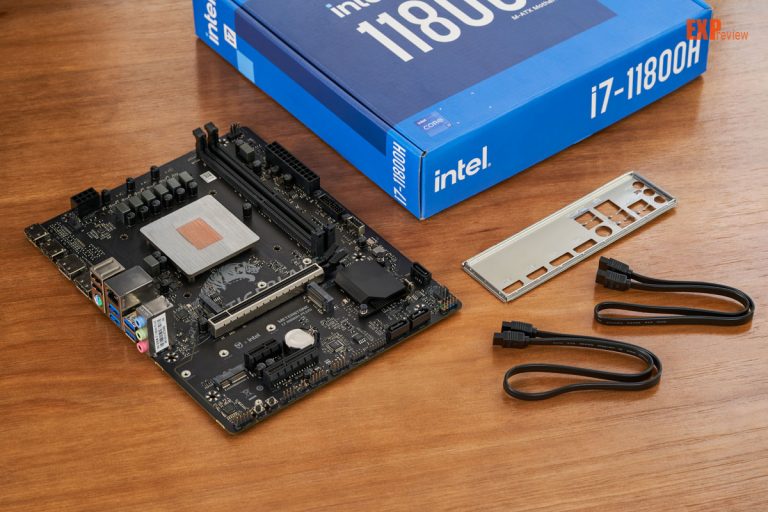 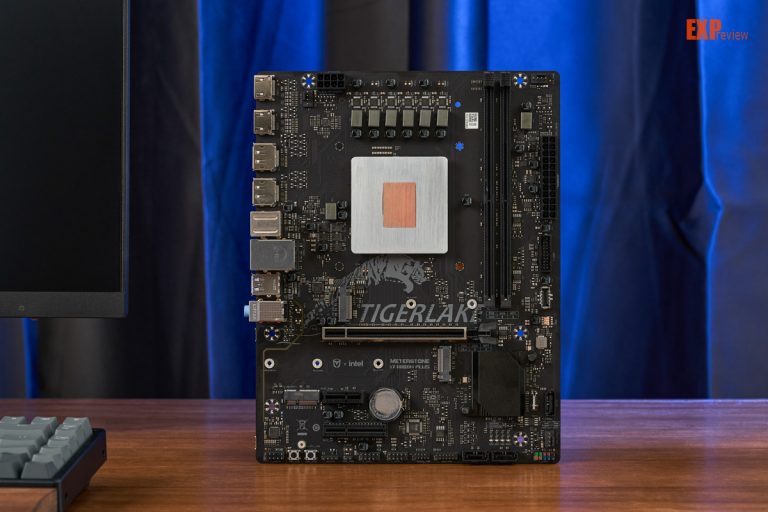 One could argue that Maxsun’s motherboard with HM570 chipset and Tiger Lake CPU is not technically the first ‘desktop’ platform because a few months ago Intel introduced its NUC 11 Extreme “Beast Canyon” MiniPC/GPU enclosure featuring 11th Gen Core KB-series. Although those CPU series did not carry the H/HK-branding of laptop parts, they were actually using the same silicon, except with higher TDP (65W over 45/55W depending on the part). According to reviewers, those parts were codenamed “Tiger Lake-H81”.

Beast Canyon was not a typical desktop platform though, as the CPU, storage, and memory were all installed on a PCI-Express-based NUC element, severely limiting its purpose. 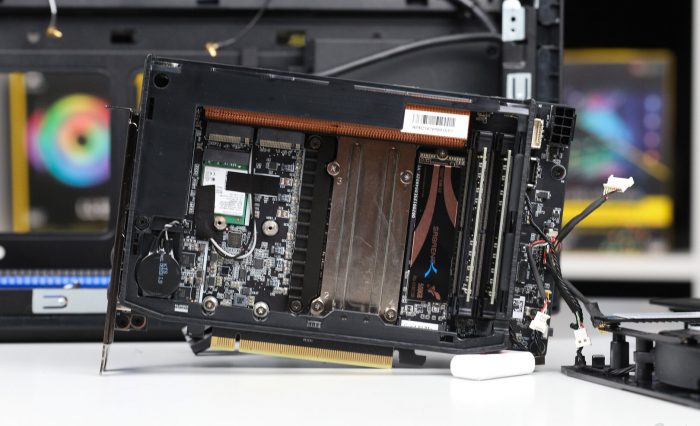 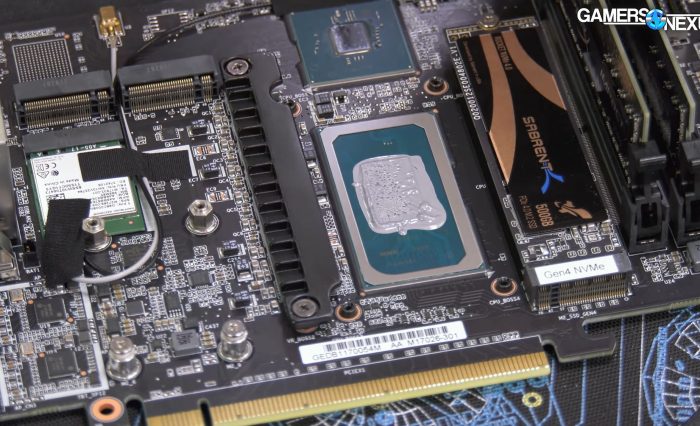 The Maxun’s motherboard, on the other hand, comes in a standard Micro-ATX form factor for any desktop chassis. It is equipped with a Tiger Lake-H Core i7-11800H CPU featuring a lower base clock than NUC’s KB-series, but after all, this is not the flagship part of the Tiger Lake-H series and it is limited by 45W TDP. The CPU does not require a dedicated GPU, as it comes with 32 Execution Units of Intel Xe-LP integrated graphics.

The CPU is soldered and cannot be replaced. It is covered with a small copper and aluminum heatsink that requires a desktop cooler. Maxsun does not specify which coolers are compatible, but one would guess it’s either LGA115X or LGA1200 mounting. 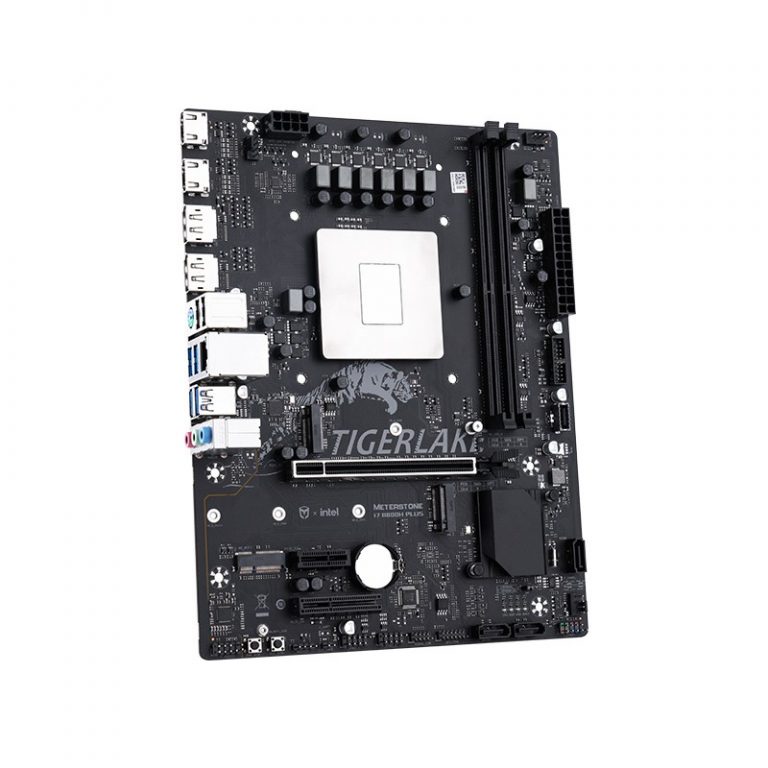 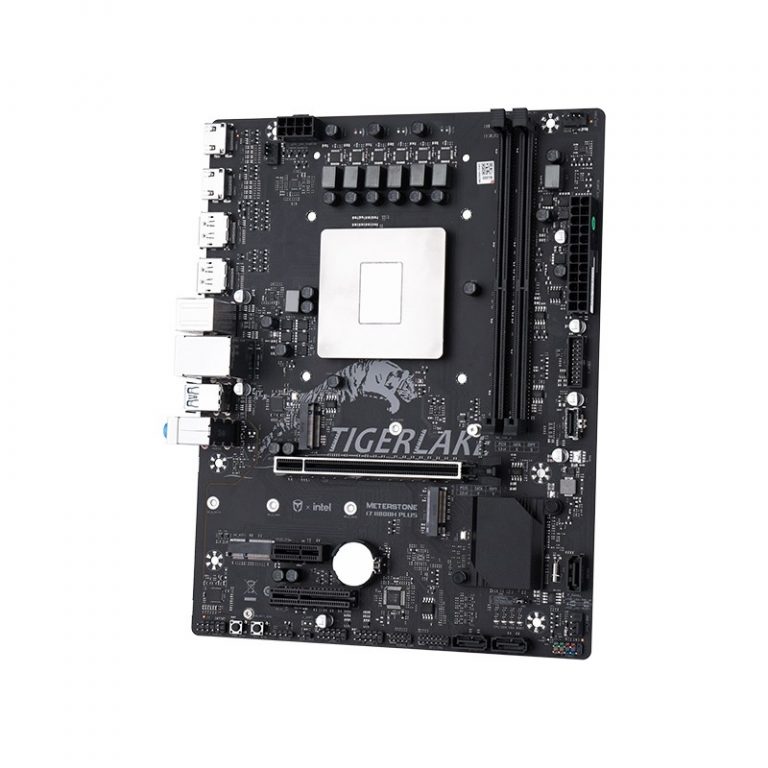 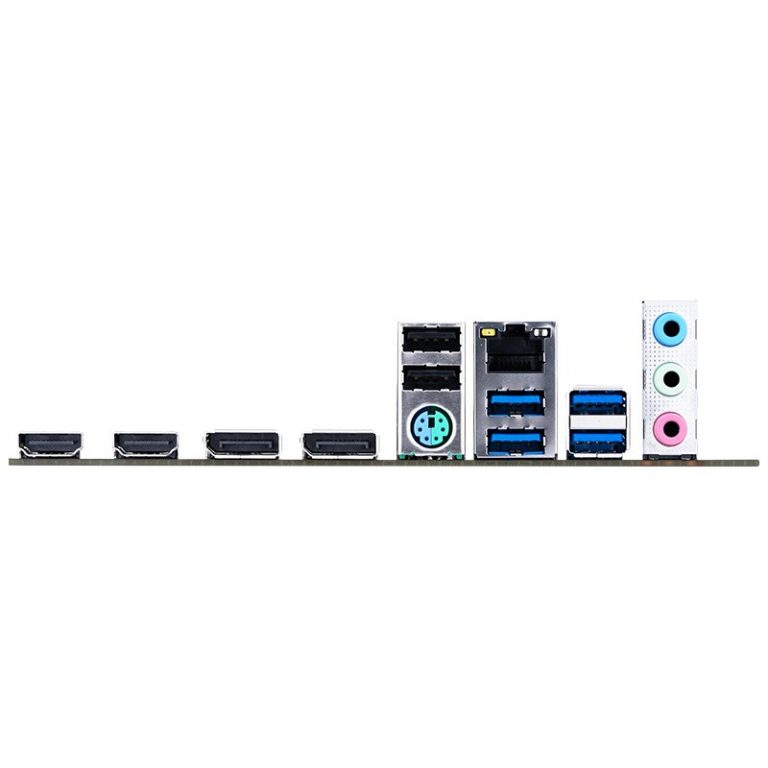 Maxsun Meterstone motherboard is equipped with three PCI-Express slots: x16, x4, and x1. The Gen4 compatibility is offered for one of the two M.2 slots. The board supports full-sized memory DDR4 DIMM slots up to 2933 MHz, but the retailer also lists memory OC support, which could enable higher frequencies as well. 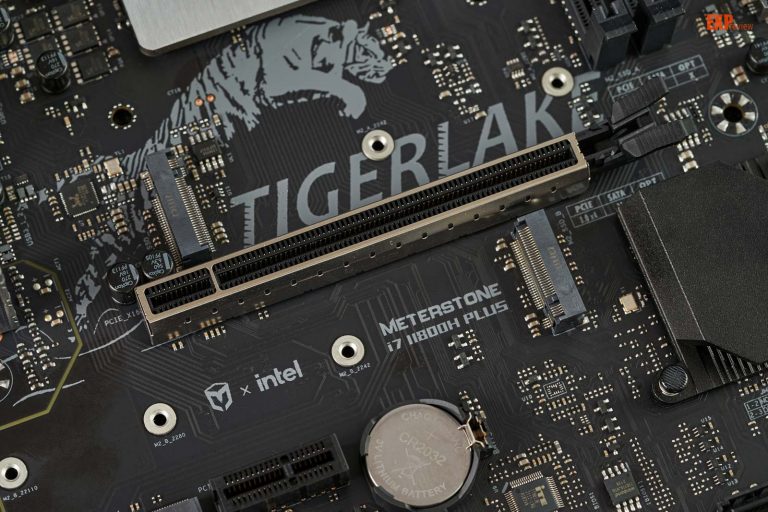 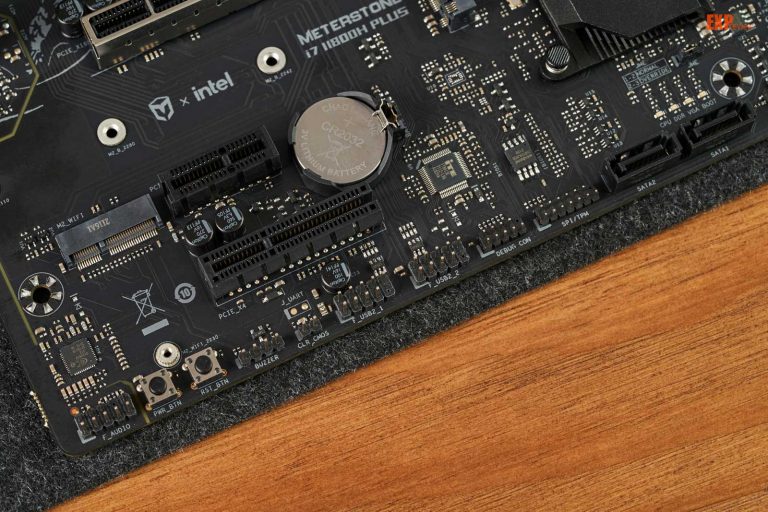 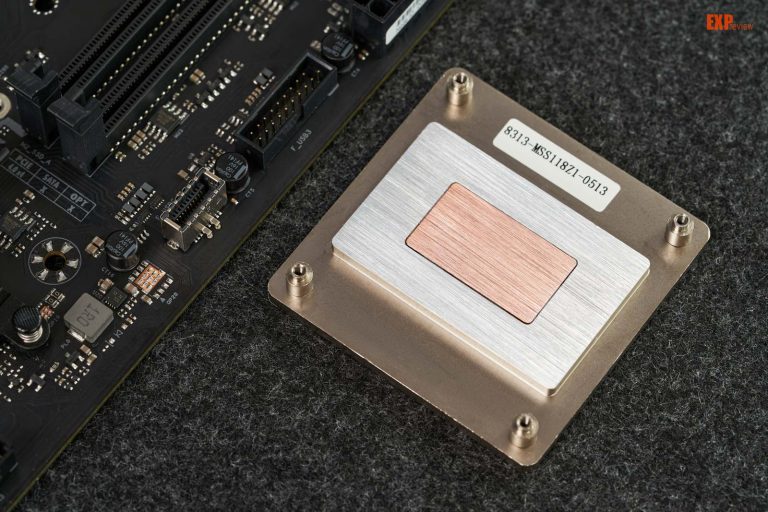 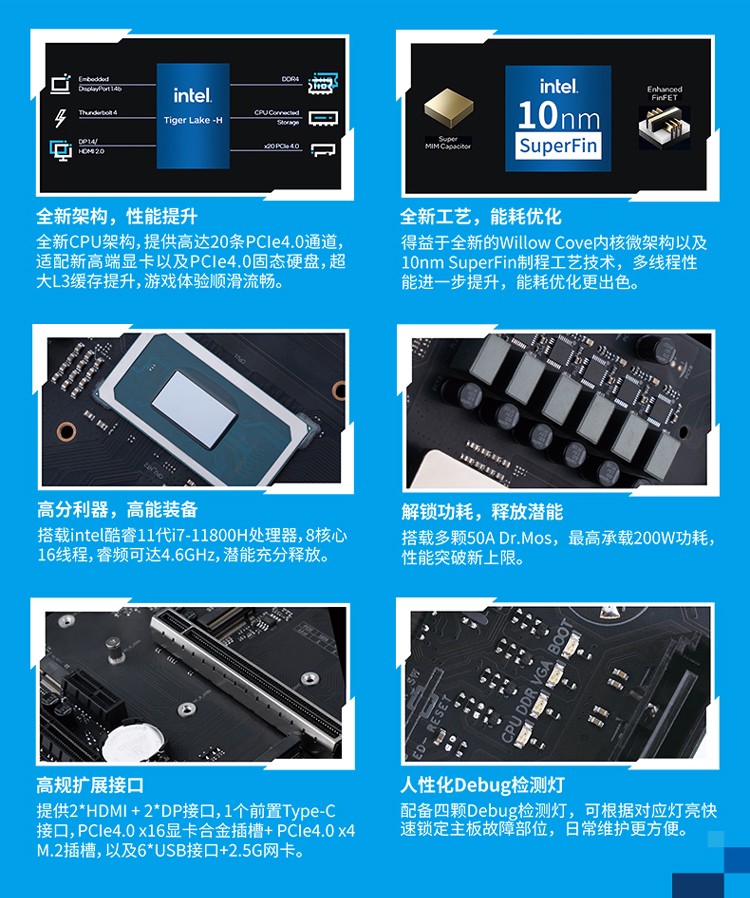 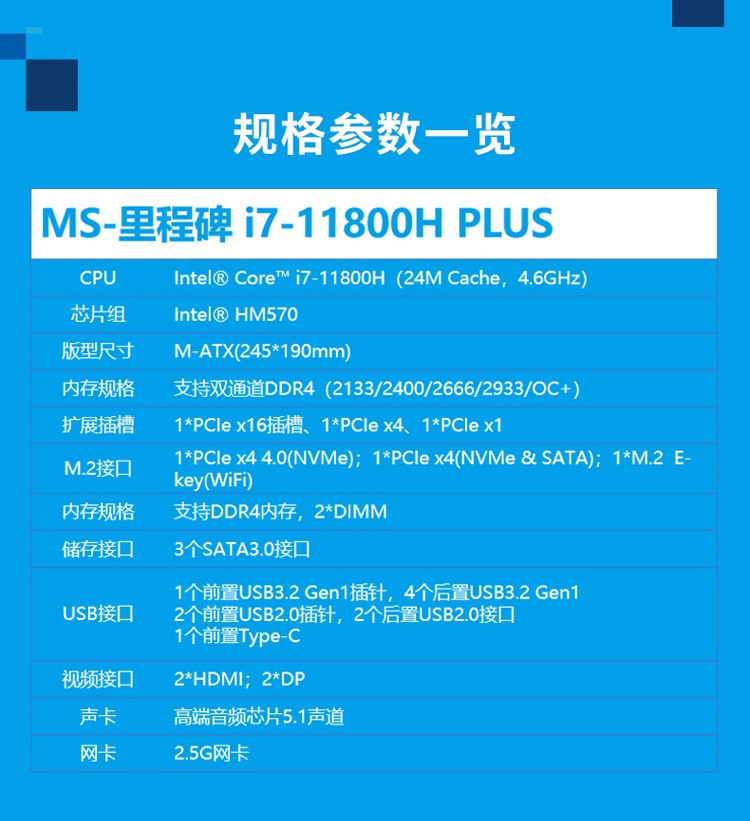