At CES 2021 Intel has disclosed partial information on the upcoming CPU series.

The manufacturer revealed its 11th Gen Core S-Series codenamed Rocket Lake-S. Alongside some basic information on the 11th Gen Core that was already known through leaks, the company also made a gaming demo against 12-core AMD Ryzen CPU in Metro Exodus. Intel Rocket Lake-S is rumored to launch in March. 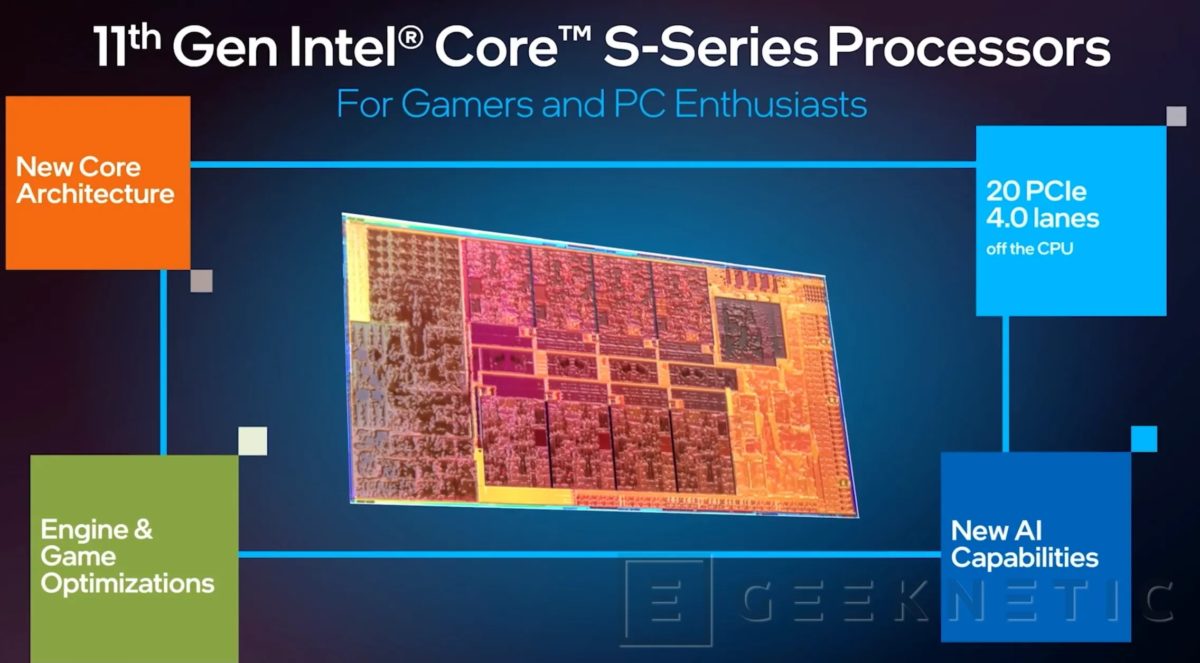 Intel also demoed its 12th Gen Core series codenamed Alder Lake-S. The series will feature hybrid technology combining big and small cores under a single package. Intel confirmed it will be manufactured using Enhanced 10nm SuperFin architecture. The company also made a demo featuring an early engineering sample. The CPU which is attached to two memory modules is cooled down by a stock Intel cooler. This would be the first showcase of the PCIe Gen5 and DDR5 platform from Intel. 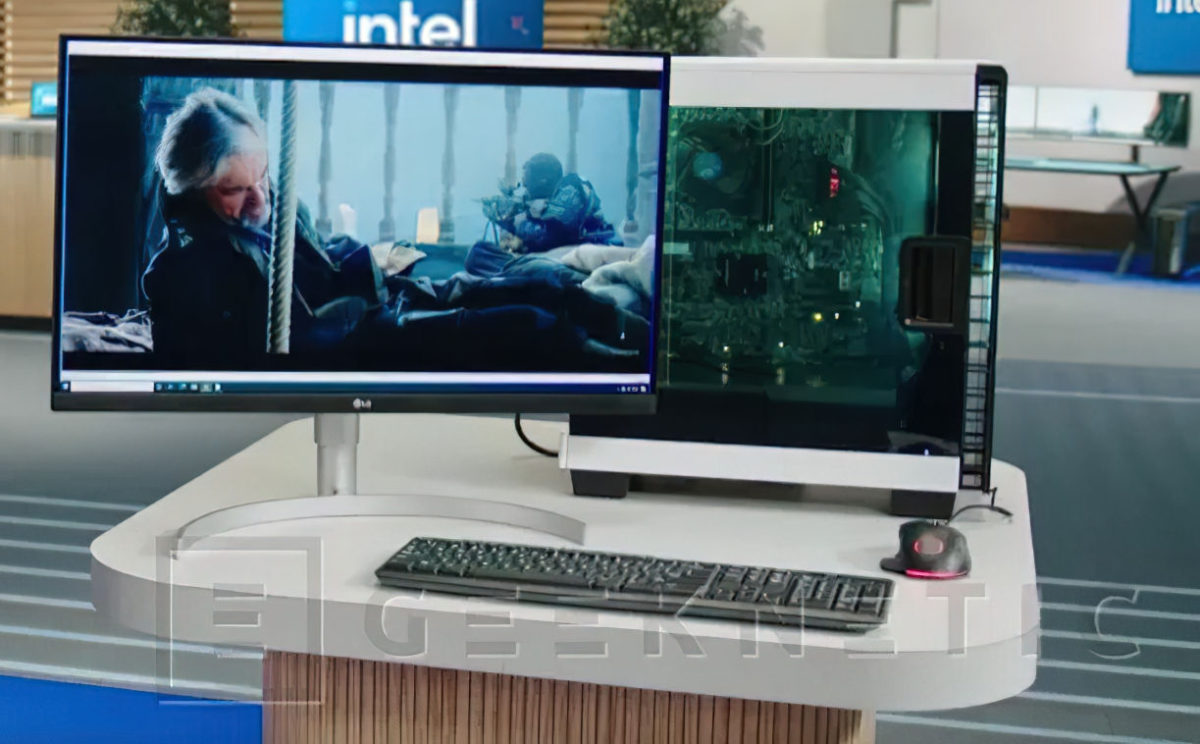 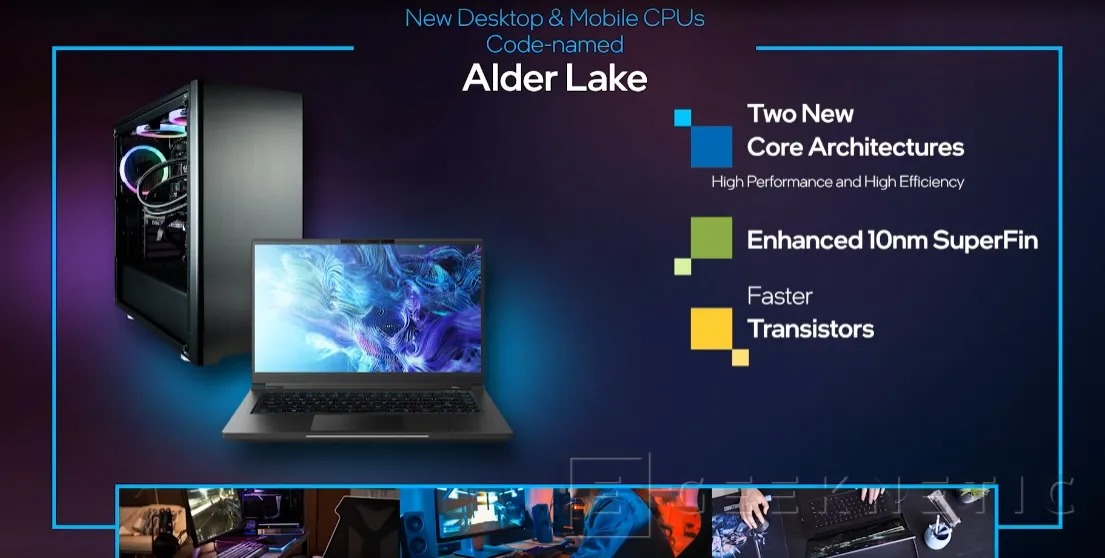 Intel today released its 11th Gen Core Tiger Lake-H35 series, which are offered with up to 4 cores and 8 threads. However, the company is also planning its H-series (commonly known as H45 although it is not an official name) that will be equipped with up to 8 cores and 16 threads. Intel confirmed that the series will offer clock speeds up to 5 GHz on multiple cores.

The series would replace the 45W Comet Lake-H series in high-end gaming laptops in the coming months. It is currently expected that the series will launch around May or June. 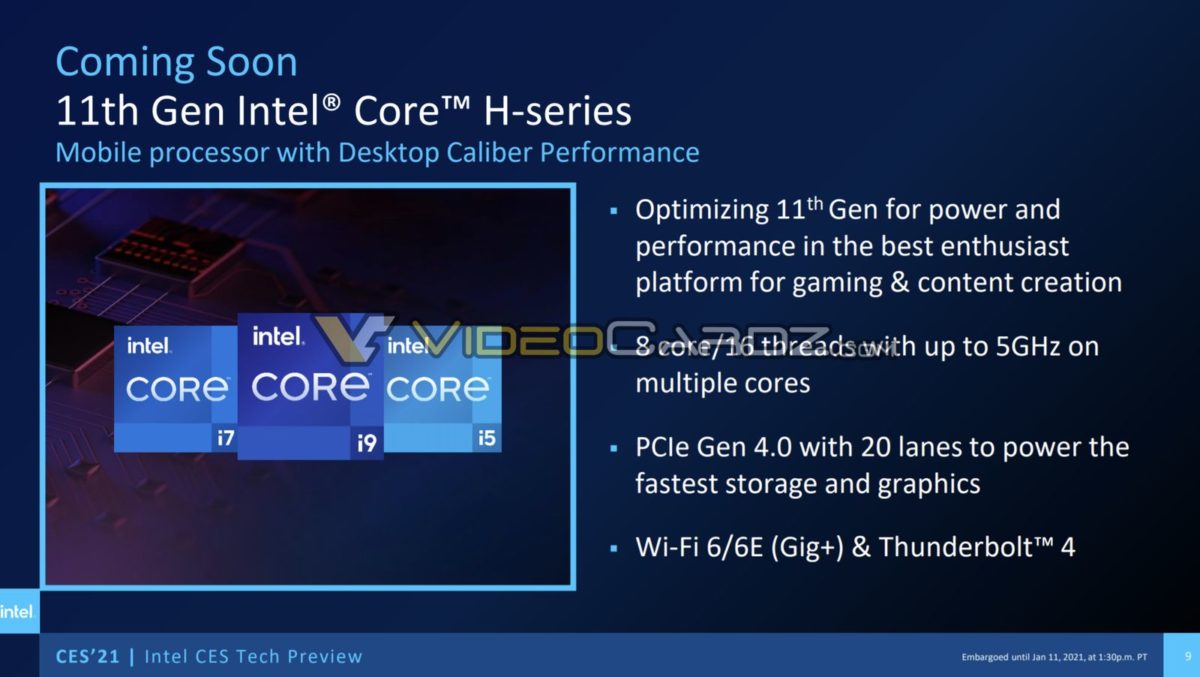 Finally, Intel disclosed that the 3rd Gen Xeon Scalable also known as Ice Lake-SP will is already in product with volume ramp through the first quarter. 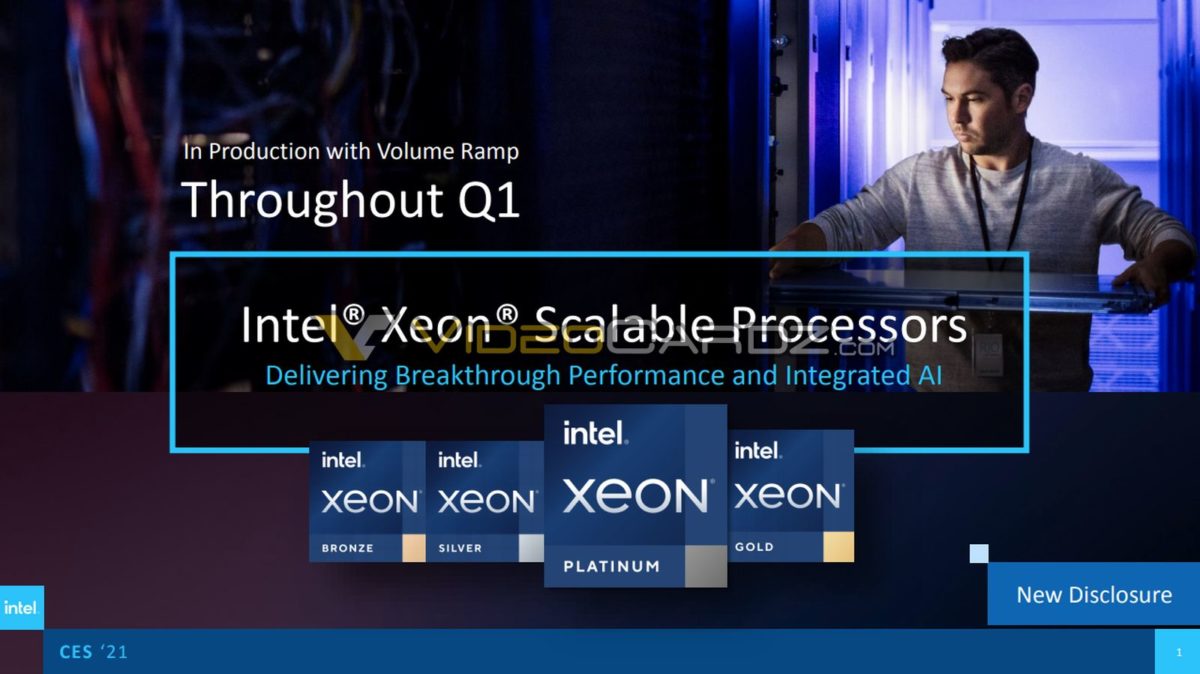