To celebrate the announcement of Intel Arc, Intel’s upcoming high-performance graphics card brand, the company had a special event featuring 1000 drones with lights. Drones have made various shapes, including logos and products such as laptops. There was also a shape of a dual-fan discrete desktop graphics card: 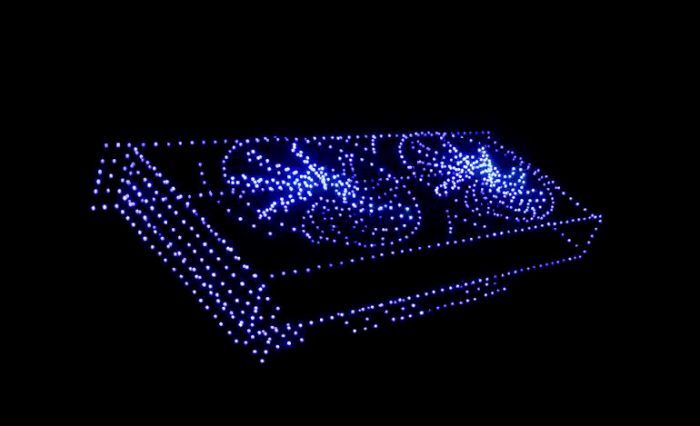 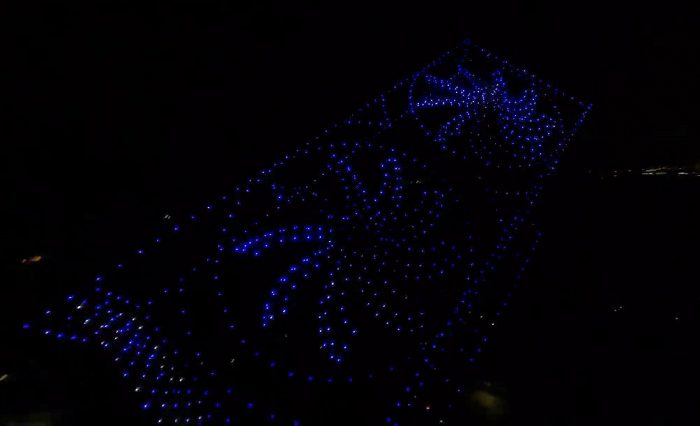 The design teased by Intel just happens to look almost identical to the leaked photo of the DG2-512EU engineering sample. The photo was published back in April by Moore’s Law is Dead. Both cards appear to share the same design, even the fan has 9 blades as in the leak.

Intel Arc “Alchemist” series is based on the DG2 GPU family featuring Xe-HPG microarchitecture. The flagship GPU is to feature 512 Execution Units and 16GB of GDDR6 memory.