Intel seemingly confirms there is an even faster 12th Gen Core CPU coming.

The company has just posted a mysterious picture on its social media, claiming that the 12th Gen Core (Alder Lake) CPUs are already topping the ‘best CPU’ lists and are already available. However, this is not the final word, as Intel teases ‘a next stop’ at 5.5 GHz.

In other words, this might be the first tease of the upcoming factory binned chip which we mentioned last month. The company is working on a Core i9-12900KS CPU with all Performance-core boost frequency at 5.2 GHz. This is exactly what we said in our article and this is exactly what the HWINFO screenshot posted by Intel appears to show.

Furthermore, we learn that the highest boost clock of the 12900KS would be 5.5 GHz, which is a single-core frequency. Overall, this should be the fastest Alder Lake-S CPU that will be set to compete against the upcoming AMD Ryzen 6000 CPU series with 3D V-Cache. 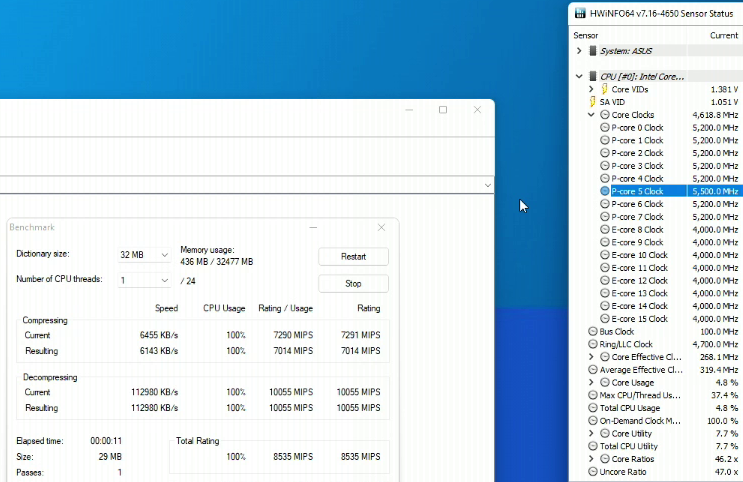 According to our information, the i9-12900KS should not be expected any time soon. Our sources only mentioned late Q1 2022 as the possible time frame for this launch.

12th Gen #IntelCore desktop processors are topping Best CPU lists and widely available to gamers and enthusiasts. And we're not done yet. Next stop: Up to 5.5GHz. pic.twitter.com/mEUreGSixF