The 10th Gen H-Series, which are focusing on 45W thermal designs, were today teased by Intel at CES 2020, although the company is not expected to unveil the H-series at the event.

This is obviously a direct response to the upcoming AMD Ryzen 4000 H-Series, which will be AMD’s re-entry into high-performance mobile computing with 8-core and 16-thread SKUs such as Ryzen 7 4800H or rumored Ryzen 9 4900H.

According to ComputerBase, Intel board partners are expecting CML-H based laptops around February, with wider availability around spring. It is said that a vast number of products will be based on this platform and the 8-core designs are the main focus for high-performance Intel mobile platforms in 2020.

The 10750H might be just what Intel teased at the event, a Core i7 part boosting up to 5.0 GHz. This barrier was only available for enthusiasts mobile parts such as Core i9-9980HK, although the 10th Gen i7 is a six-core processor, while the 9th Gen i9 is an eight-core. 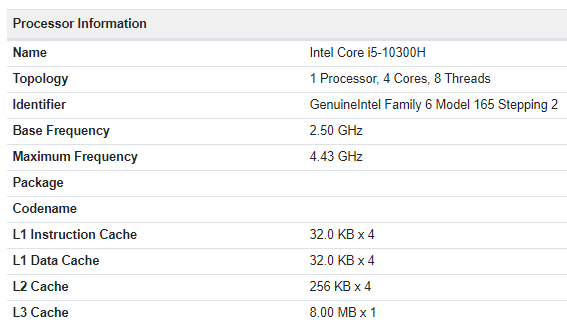 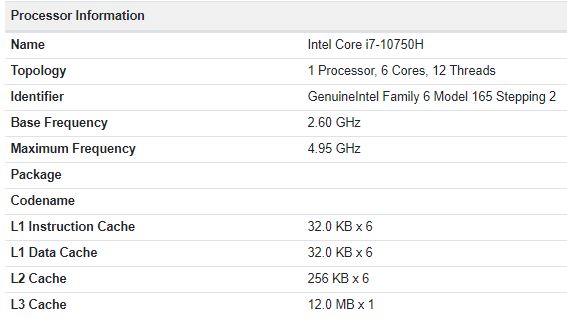 At the event, Intel also teased the upcoming Tiger Lake architecture, which is an Ice Lake successor. Intel confirmed that the new mobile processors will utilize integrated Xe graphics, possibly the Xe-LP microarchitecture. It might be similar to discrete DG1 silicon, Anandtech speculates, although Tiger Lake will be a monolithic design, so they won’t be entirely the same.

It was earlier revealed that DG1 should have 96 Execution Units, the same number is speculated for integrated Xe graphics, in other words, a Tiger Lake version.