Intel is continuing its marketing campaign for Arc GPU series.

Ryan Shrout and Tom Petersen are making sure there is nothing left to talk about when Arc A-Series GPUs actually launch. The marketing tour that started in mid-July has given us official performance of A770 and A750 GPUs, detailed ray tracing as well as XeSS performance.

Just last week, the company confirmed full specs of the desktop lineup that should launch ‘very soon’. What is still missing are of course release dates and pricing. Those will be shared soon, reiterated the hosts in the new video.

This time we learn more about the Arc GPU clocks and overclocking. We rarely see GPU vendors discuss overclocking, not to mention any declarations on overclocking potential. In this case, there is a short overclocking session with Petersen tinkering with Arc Control when using A750 Limited Edition (not A770).

With power limit increased from 185W to 228W (reminder this is not full board power but GPU only), and voltage/frequency curve adjusted, he reaches 2719 MHz in Hitman 3. That’s with stock air cooler and GPU reaching 81°C while VRAM heats up to 88°C (as shown in the video). 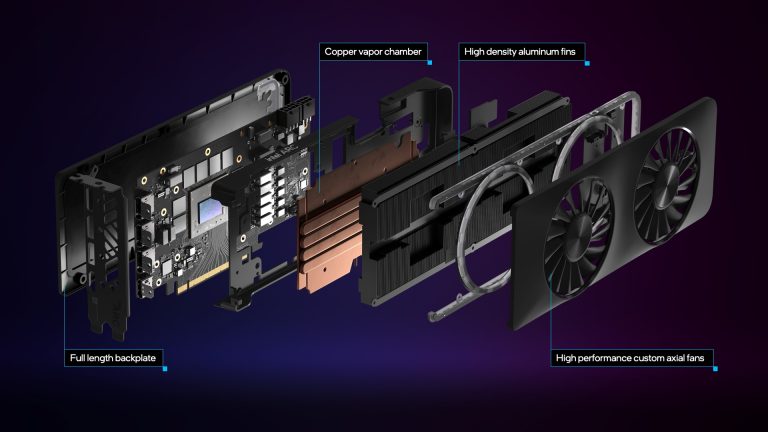 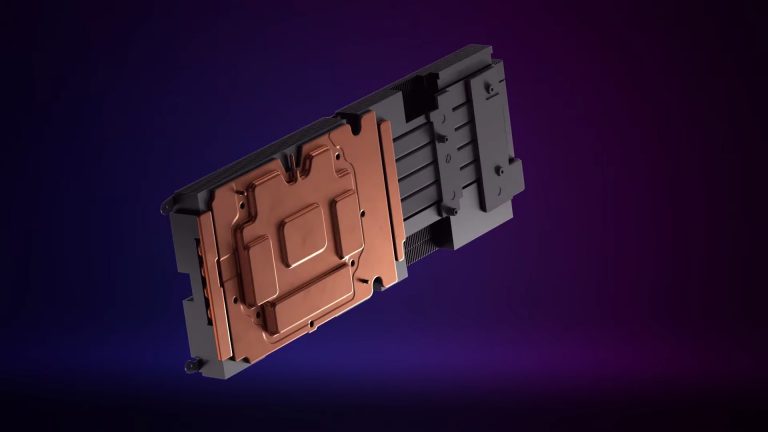 Furthermore, the A770 is taken apart to revealing the full ACM-G10 Alchemist GPU running alongside 16GB of GDDR6 memory (but remember A770 also comes with 8GB). The design has dual axial fans and a large copper vapor chamber base attached to four flattened 10×3 mm heat pipes.

The PCB is equipped with 6 VRM phases, six GDDR6 modules, three DisplayPort 2.0 and one HDMI 2.1 port. It is worth noting that the Limited Edition has PCON, but AIC cards may lack HDMI 2.1 support if they are not equipped with such converters. The VRAMs surround ACM-G10 GPU with full 32 Xe-Core configuration. 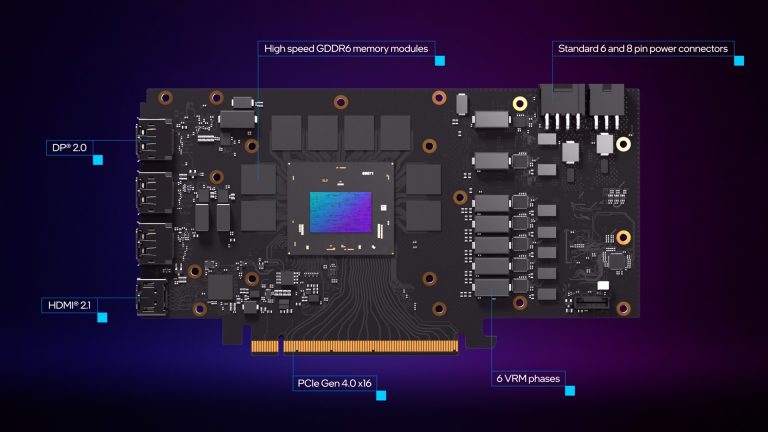 The card generates 39 dBA noise and has four RGB zones that can be controlled with the software. The RGB features will be exclusive to the A770 Limited Edition, but it was mentioned that custom cards will also support RGB (presumably with the Arc Control software). 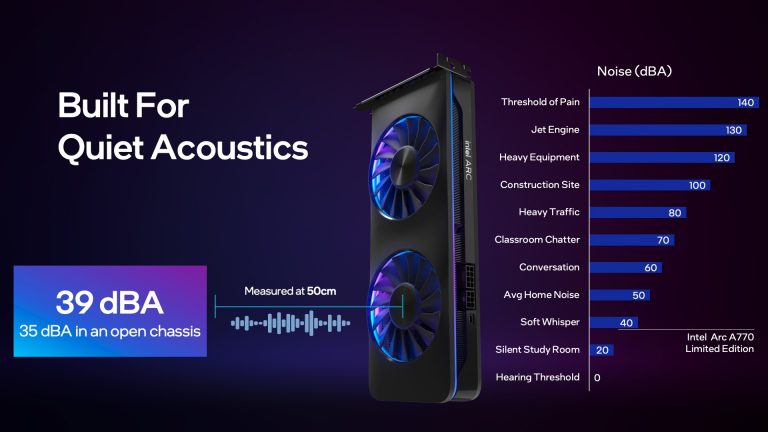 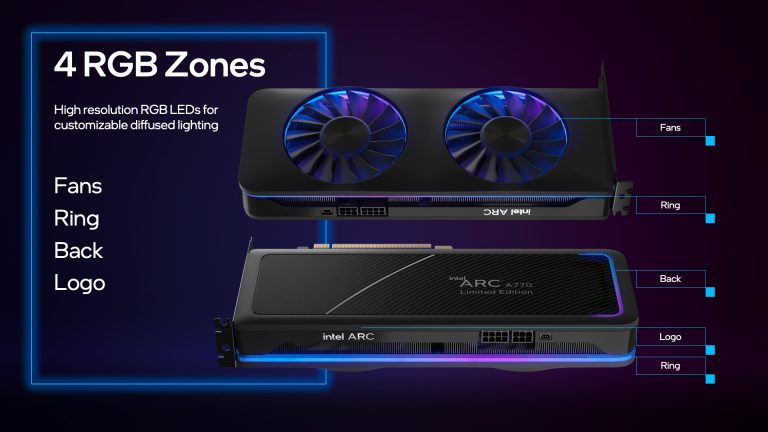 This is hopefully the last video before Intel launches its A7 and A5 desktop GPUs. The company is likely to miss its schedule to launch these cards in ‘summer 2022’. However, it would be very unfortunate if these cards did not become available this later month – the company would at least fulfil its original “Q3’22” promise.