Intel filing to SATA organization reveals that Alder Lake and Raptor Lake are to share the same PCH SATA controller.

Intel employee has submitted SATA compliance information on the upcoming PCHs to the SATA-IO organization. The filing covers certain Device IDs for Alder Lake and Raptor Lake PCH series, namely 7AB0 to 7ACB and 7A30 to 7A4B. While this is not the first time Alder Lake and Raptor Lake appear together, this is the first official filing covering both upcoming client processor series. 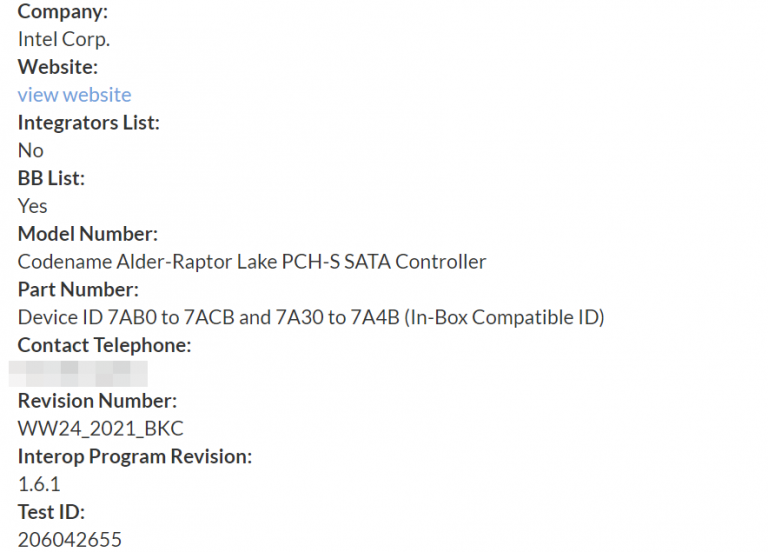 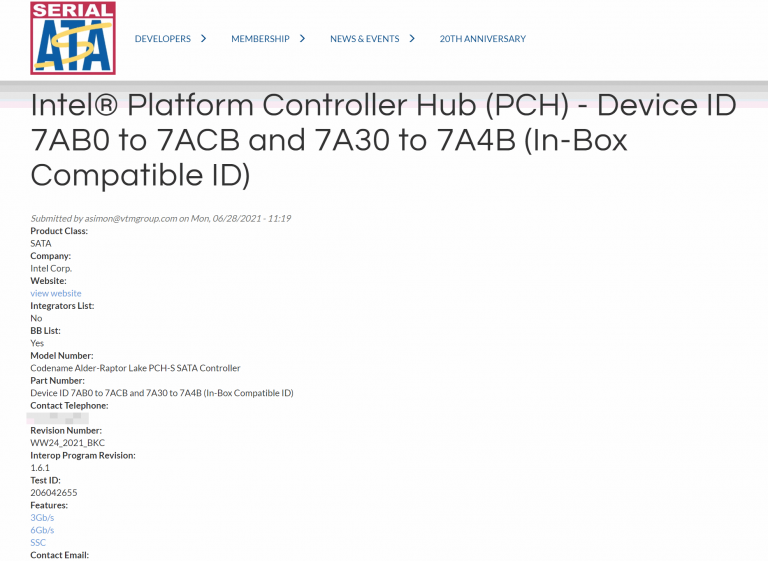 Intel has already hinted that 12th Gen Gen Alder Lake and 13th Gen Core Raptor Lake may share the same Platform Controller Hub (PCB). Both CPU series are to share the same LGA1700 socket and both are expected to support PCIe Gen 5 and DDR5 technologies. The manufacturer has mistakenly listed Raptor Lake alongside Alder Lake when its embargoed documents were once searchable on Intel’s own website: 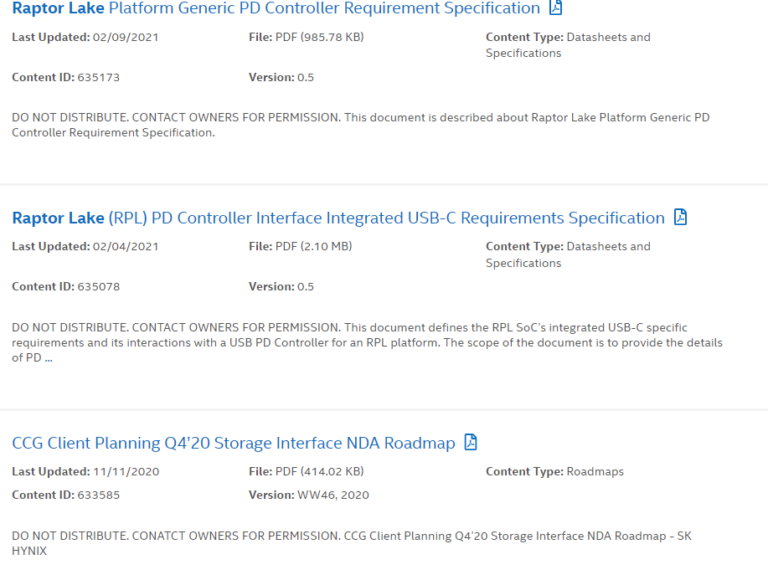 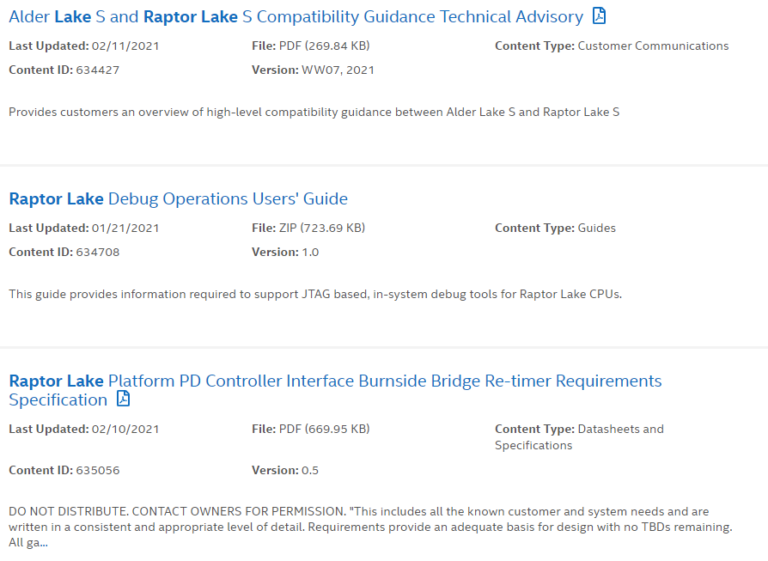 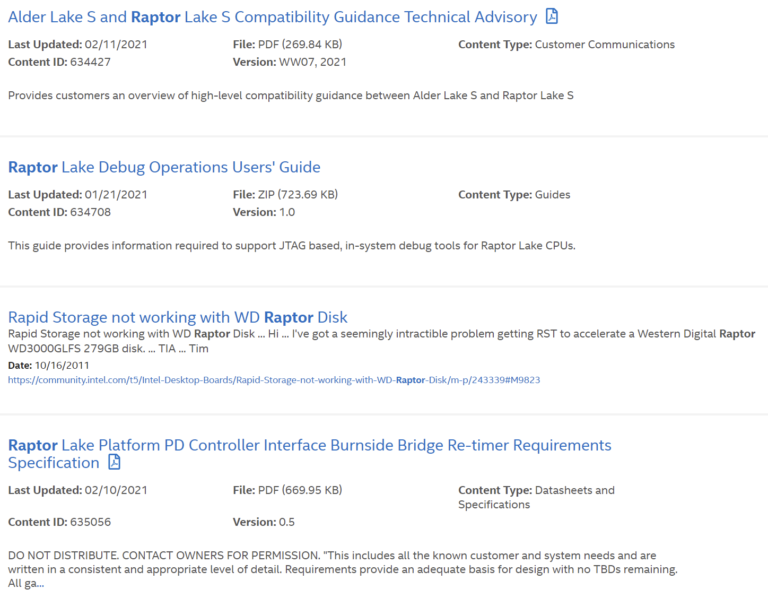 Raptor Lake as it appeared on Intel website, Source: Intel

Despite so many traces of Raptor Lake, Intel never publically confirmed that this Alder Lake successor. So far the series have only appeared in rumors and leaks, such as the slide below breaking down the most important changes coming with the series. Intel Raptor Lake is to feature improvements for Hybrid Technology (Intel’s heterogenous core architecture) as well as support LPDDR5X memory standard. This slide also confirms that Raptor Lake will span across desktop and mobile devices:

There were rumors that with Raptor Lake, Intel would also increase the number of high-efficiency cores to 16, a double of what Alder Lake is expected to feature in top SKUs. Intel’s 13th Gen Core series is now expected to launch during the 2022 Holiday season. It would compete with AMD’s Zen4 ‘Raphael’ series which should launch a bit sooner.