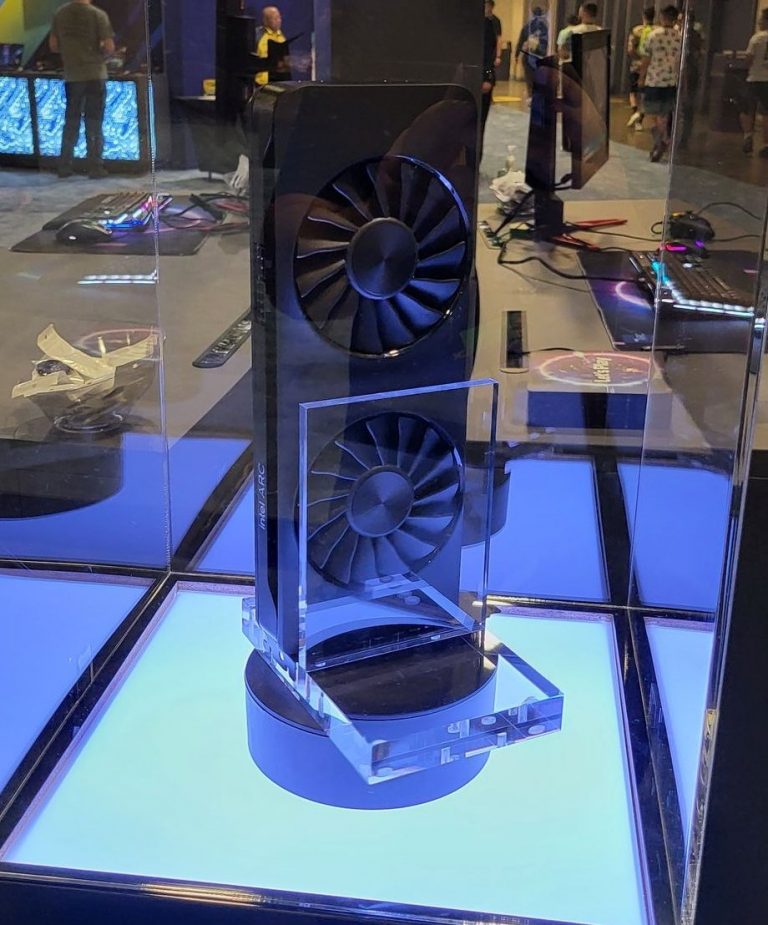 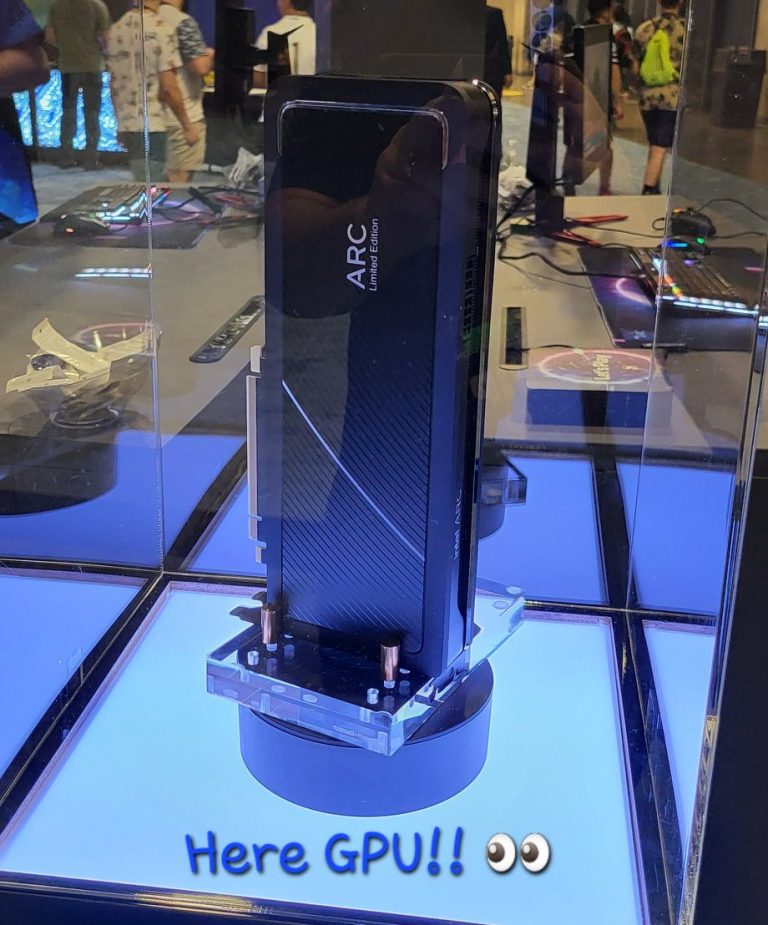 It’s a graphics card without a name, but what we already know is that it will be limited edition, and it should launch later this summer. The company had previously revealed this design through a video teaser, but only know we get to see a real graphics card for the first time.

This dual-fan model is based on Alchemist ACM-G10 GPU with full 32 Xe-Core configuration. The debate is ongoing whether this is Arc A770 or the rumored Arc A780 model, but all rumors agree on is 16 GB GDDR6 configuration. We can also see it is powered by a 8-pin and 6-pin power connectors.

This flagship Arc desktop model is expected to compete against Radeon RX 6700 and GeForce RTX 3070 series. Unfortunately, it is unclear when exactly will PC gamers have a chance to buy one of these cards, as Intel is now focusing on enabling the Arc Alchemist mobile series for OEM partners first.

Intel @ @IEM
Look at what made an appearance! ?
Come by the ARC booth and check it out in action pic.twitter.com/vrscP08rHG