Intel confirms its next-gen Xeon platform will support memory up to 6400 MT/s.

According to Benchlife, At Intel Innovation 2022 in Taipei, the company has live demoed its Xeon Scalable series, codenamed Granite Rapids. This product series is not expected to launch until 2024 following Sapphire Rapids (2023) and Emerald Rapids (2023), which are to launch next year.

During the event, Intel has showcased its Sapphire/Emerald Rapids “Eagle Stream” platform running DDR5-5600 memory, which is an upgrade over previously mentioned DDR5-4800/5600 memory for the series. 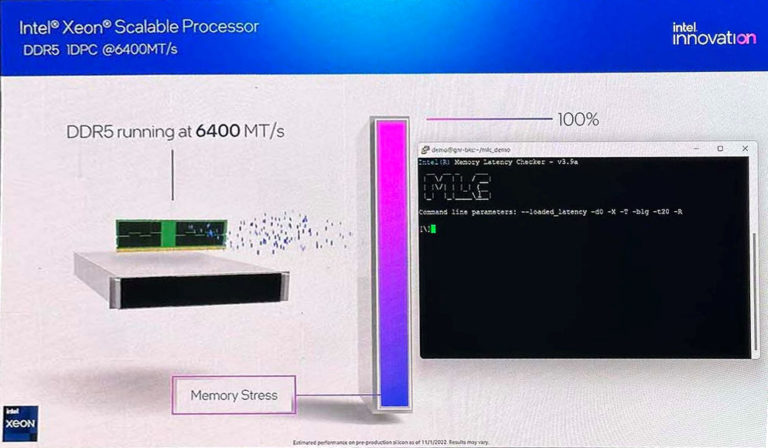 Later at the event, the company also reportedly demonstrated the next-gen Xeon Scalable platform, which Benchlife reports as Granite Rapids running even faster memory, up to 6400 MT/s in 1DPC (1 DIMM per channel) configuration.

Intel Granite Rapids is based on new Intel 3 process technology, and it is reportedly designed for a new platform called Birch Stream. There have been no leaks on configurations of 6th Gen Xeon series yet, besides information on CXL 2.0 interface support. According to some rumors, it may support up to 120 Redwood Cove cores.