The company is showing the fastest Raptor Lake-S CPU that should come out very soon.

Intel’s Gaming Technical Marketing Lead Jason Xie offers a live demo of an unnamed desktop processor which is part of the Raptor Lake series. Although he refused to name the processor, it is quite obvious at this point that the CPU in question is Core i9-13900KS.

The CPU is shown running on Intel reference as well as ASUS Z790 commercially available motherboards. The system is cooled by off-the-shelf Corsair AIO liquid cooler, so no chiller is involved in this particular demo.

Intel XTU (Extreme Tuning Utility) and HWiNFO screen are shown proving that no ‘tricks’ were applied to the demo of 7zip benchmark running in the background. 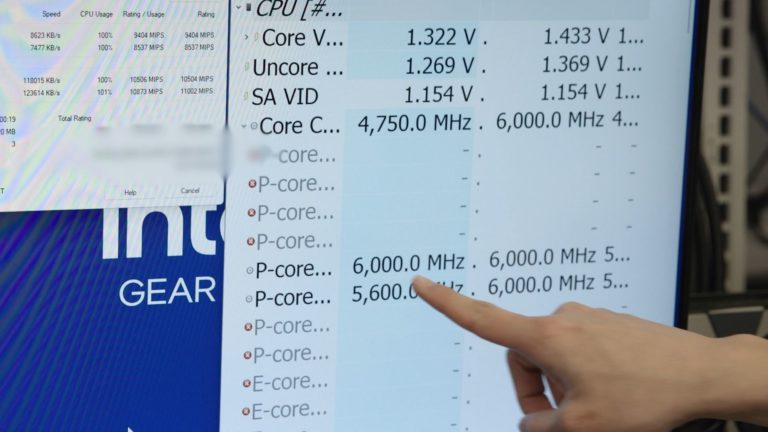 The CPU reaches 5.985 GHz with two cores active, but the frequency does not say at this level at all times. The frequency will depend on many factors, such as power budget, thermal, or the software itself, explains Jason.

Previous leaks have shown that the i9-13900KS CPU might launch as soon as January 12th. This was indicated by leakers as well as multiple retailers who put their listings sooner. Unfortunately, this is still unconfirmed. Furthermore, the price of this processor is still unknown.