Intel had an Arc demo at Investor Meeting 2022

NUC Extreme is a small form factor PC designed by Intel. The model used for a demo at Investor Meeting 2022 is codenamed “Beast Canyon” which is also known as NUC 11 Extreme based on Tiger Lake architecture. According to the picture posted by Raja Koduri, the demo features a Tomb Raider game running on Beast Canyon NUC supposedly with XSS super-resolution technology-enabled. 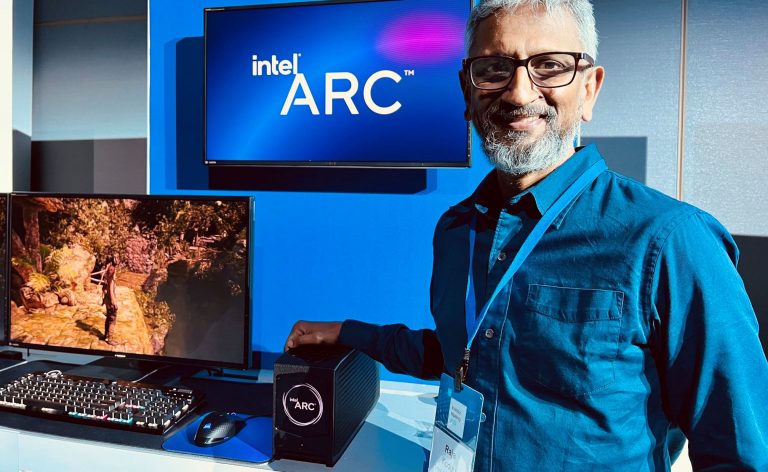 This PC features either Core i9-11900KB with 8 cores and 16 threads clocked up to 4.9 GHz or Core i7-11700B CPU with a maximum boost of 4.8 GHz and the same core count. It is fully compatible with PCIe Gen4 with 16 lanes which means no bottleneck on the interface front. The Beast Canyon is the first NUC to support full-length GPUs but only as long as they 2-slot. That said it fits graphics cards like GeForce RTX 3080 Founders Edition.

What kind of interesting is how is Intel Arc GPU being powered by this system. Technically the NUC 11 Extreme offers either a single 90-degree angled 8-pin power connector or two 6+2 pin power cables that are angled but may not fit under the radiator (as shown by HardwareCanucks). This either suggests the ARC GPU shown at the demo is the low-power variant (such as Arc A350) or the high-end model using two cables somehow squeezed inside the case. 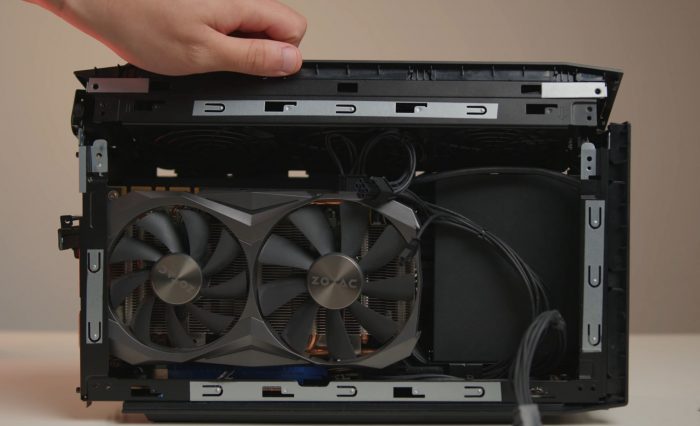 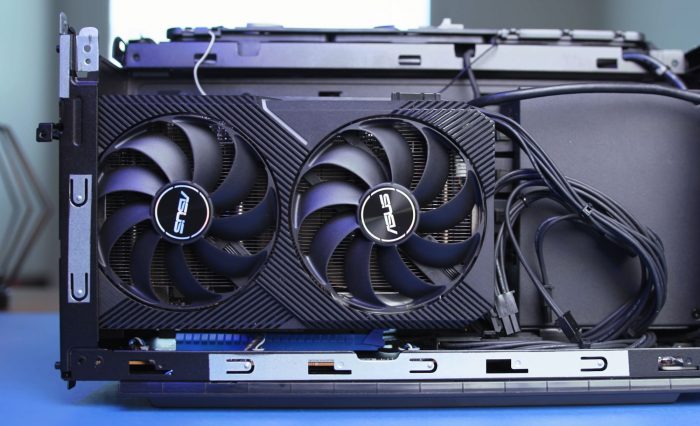 The NUC 11 Extreme should not be mistaken with the NUC 12 Extreme codenamed “Dragon Canyon”, which was shown at CES 2022 in January. The next-gen product will support desktop Alder Lake CPUs and is more than likely to launch with the Arc GPU option as well, but Intel has made no announcements on this topic yet. 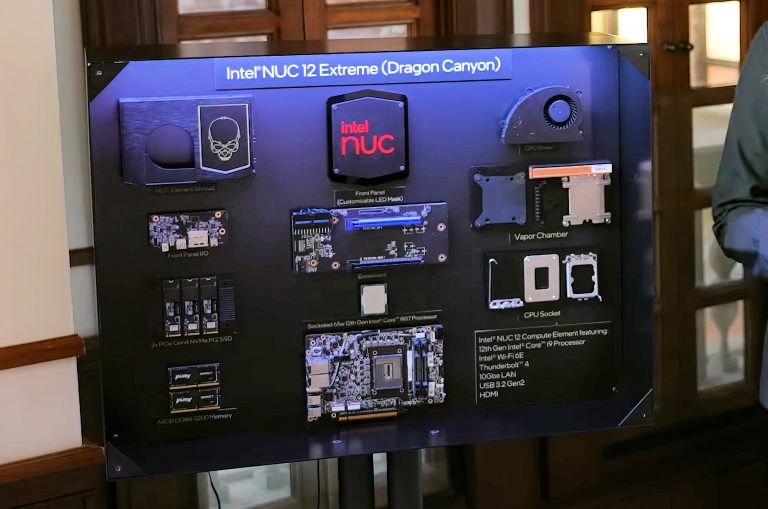 Yesterday, Intel confirmed that desktop Arc GPUs will launch in the second quarter. This should also include NUC Extreme products.