The company promises that a successor to Alder Lake will deliver up to a double-digit performance boost.

As part of the Investors Meeting 2022 event Intel demoed its first engineering sample of Raptor Lake CPU. The system was equipped with a 24 core and 32 thread processor utilizing the hybrid architecture of Performance and Efficient cores. The company confirmed that their upcoming consumer CPU will feature up to 8 Performance cores and 16 Efficient Cores, which means it will offer twice as many ‘small’ cores as Alder Lake. 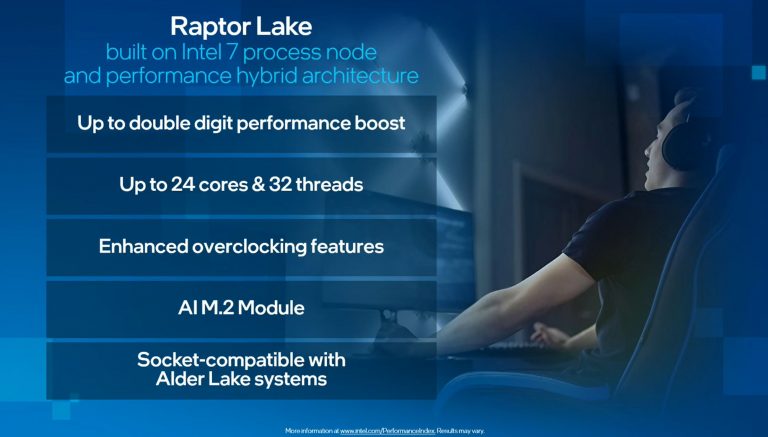 Just like Alder Lake, Intel Raptor Lake will utilize Intel 7 process technology. It is confirmed to be socket compatible with the LGA1700 socket, but the company did not specify if any BIOS updates will be required. This would also confirm that Raptor Lake will support DDR4 memory.  Furthermore, the company promised enhanced overclocking features.

The demo featured Blender and Adobe Premiere showcase with the utilization of the CPU cores being shown on a secondary monitor. 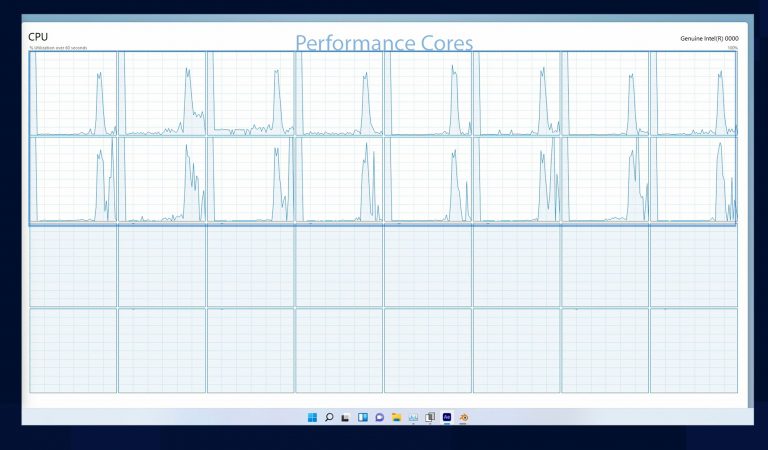 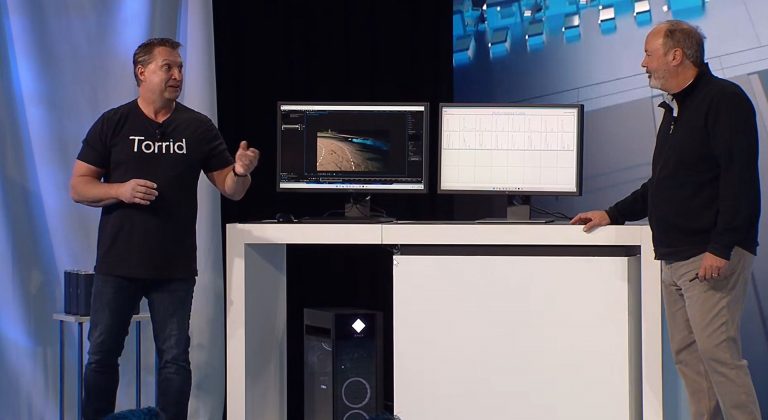 Intel 13th Gen Core Raptor Lake is launching in the second half of 2022, the exact date was not specified though. One should expect AMD Ryzen 7000 series codenamed “Raphael” with Zen4 microarchitecture to be available around the same time.