It has been a long time since Intel updated its High-end Desktop (HEDT) platform. It appears that the new Xeon workstation CPU listed as Xeon W5-3433 might have just been found on Sisoftware Sandra benchmark website, as discovered by hardware leaker @momomo_us.

It features a combined 45MB of L3 cache and 32MB of L2 cache. The cache configuration alone suggests this is not Alder Lake CPU but Sapphire Rapids (each core has 2MB of L2 Cache). Based on the data collected by the software, it operates at 1.99 GHz frequency, which is typically the case for early engineering samples. 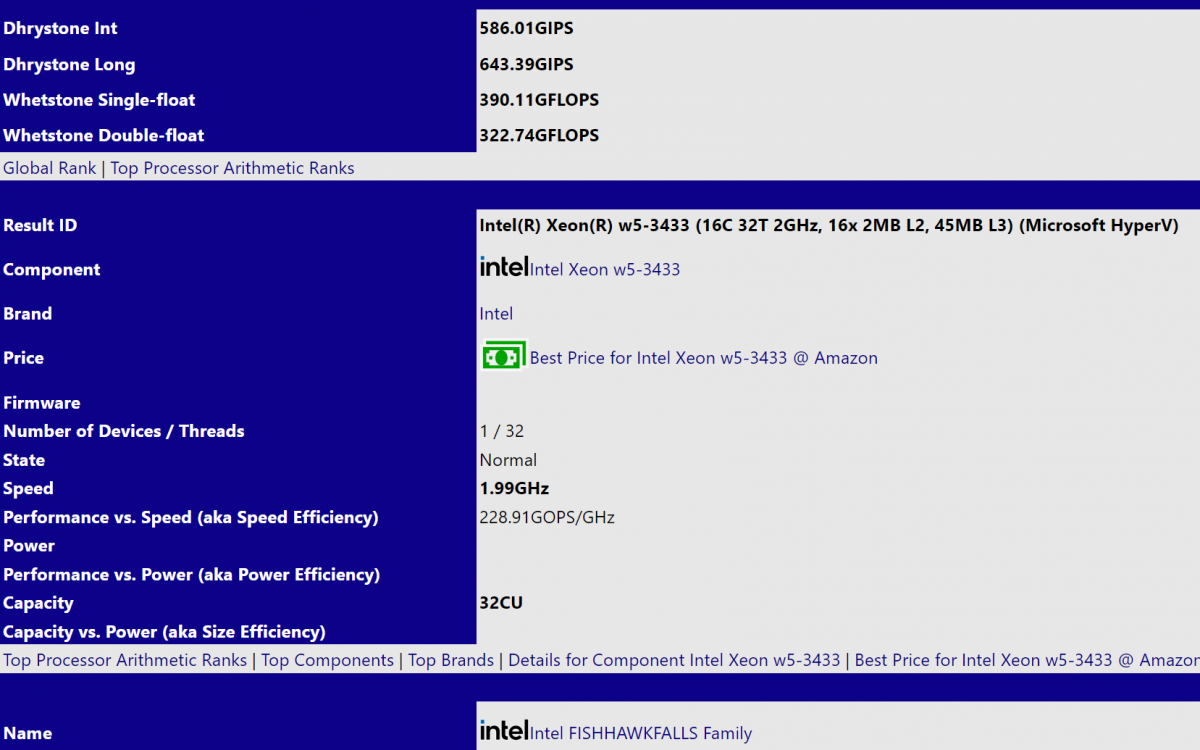 Unfortunately, still not much is known about the upcoming Intel HEDT platform, usually referred to as Core-X or in this case Xeon W-series. The most recent leak suggested that Intel is preparing the consumer grade Alder Lake-X series as the mainstream offering for FishHawk Falls series and more powerful Xeon Workstation CPUs with increased core count.

There were rumors from November last year that suggested Intel might be dropping Core-X series naming altogether, all in favor of Xeon SKUs, such as the part above.

A roadmap leaked last year listed Sapphire Rapids HEDT with W790 chipset to be launched in the second quarter this year. Since this quarter is almost over, one might assume that this roadmap has now changed and the product series is further delayed. In fact, since Sapphire Rapids-SP (for data centers) has now been delayed till Q2 2023 according to the most recent rumors, one should assume that the workstation HEDT variant is pushed back as well.