Moore’s Law is Dead has a video covering a wide spectrum of Intel’s future consumer and data center products.

According to the YouTuber, who has a very good track record on Intel leaks, the manufacturer has ambitious plans for its future. While we still await Intel’s 12th Gen Core “Alder Lake” series to launch later this year, we already know about as many as five generations past Alder Lake. After years of market stagnation and Intel reusing Skylake cores, such a roadmap certainly does look impressive.

It will probably take years for some of those leaks to see confirmation, with some projects being abandoned and others shifted or renamed. Yet, it is interesting to see how will the roadmap known in 2021 change once we get to pass the LGA1700 socket architecture

Intel is allegedly preparing a new type of Core series which are to improve the efficiency of the X86 architecture. A lackluster efficiency compared to ARM architecture was the main reason why Apple decided to abandon Intel products in favor of their own in-house SoC design. This new type of Core is internally referred to Royal Core Project, as revealed by MLID. As he notes, this project was originally to launch with Lunar Lake, but at this moment it is expected with Nova Lake, which is 6 generations away from Rocket Lake. One of the people working on this project was allegedly Jim Keller himself, who left Intel last year.

Furthermore, MLID provides quotes from his sources with impressive IPC gains for each generation but also revealing Intel’s plans for SMT4 (4-way hyperthreading) and DDR5-7400 memory support. One of the quotes appears to confirm the previous rumor of Lion Cove and Panther Cove microarchitecture codenames for Lunar and Nova Lake. 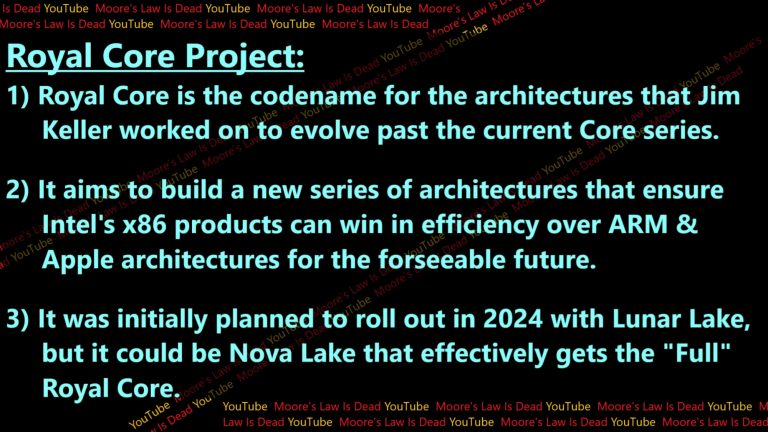 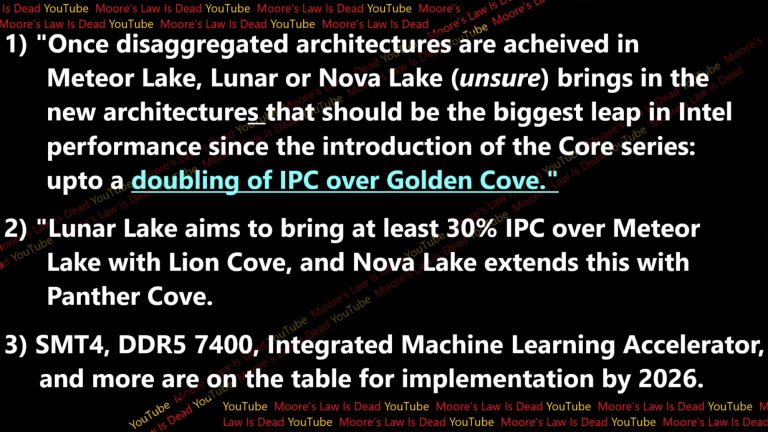 The YouTuber briefly touched on Granite Rapids, which is expected to allow Intel to aggressively compete with AMD in the server market. Those series of Xeon Scalable are to use Redwood Cove microarchitecture, same as Emeralds Rapids, but the core count is said to increase past 64 cores. No further details were provided. 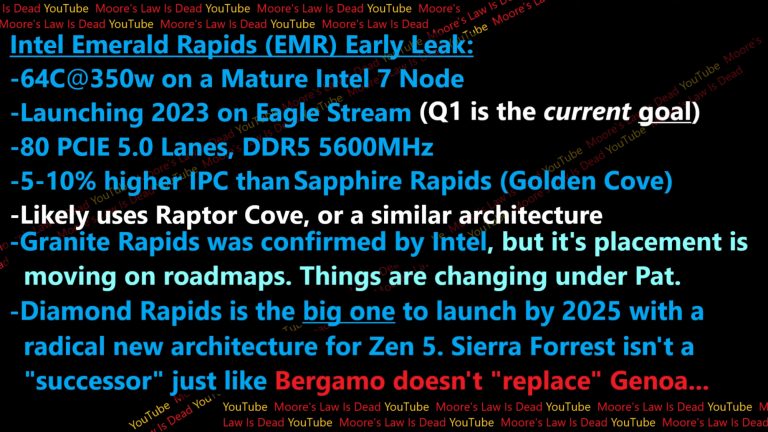