Intel 11th Gen Core processor has been spotted in the 3DMark database.

The processor has 8 cores and 16 threads, meaning, we might be looking at the top tier model from the lineup. The rumors were quite clear, not to expect a 10-core or anything with more cores from the upcoming platform.

Intel Rocket Lake is the first new architecture not based on Skylake. This is an important launch for Intel, as it brings much-needed change to the CPU market. It appears that Rocket Lake will still be based on a 14nm fabrication processor though.

Intel Rocket Lake is also set to feature Xe Graphics for the first time in the desktop processor space. The company is also set to launch its Tiger Lake series for mobile devices later this year. 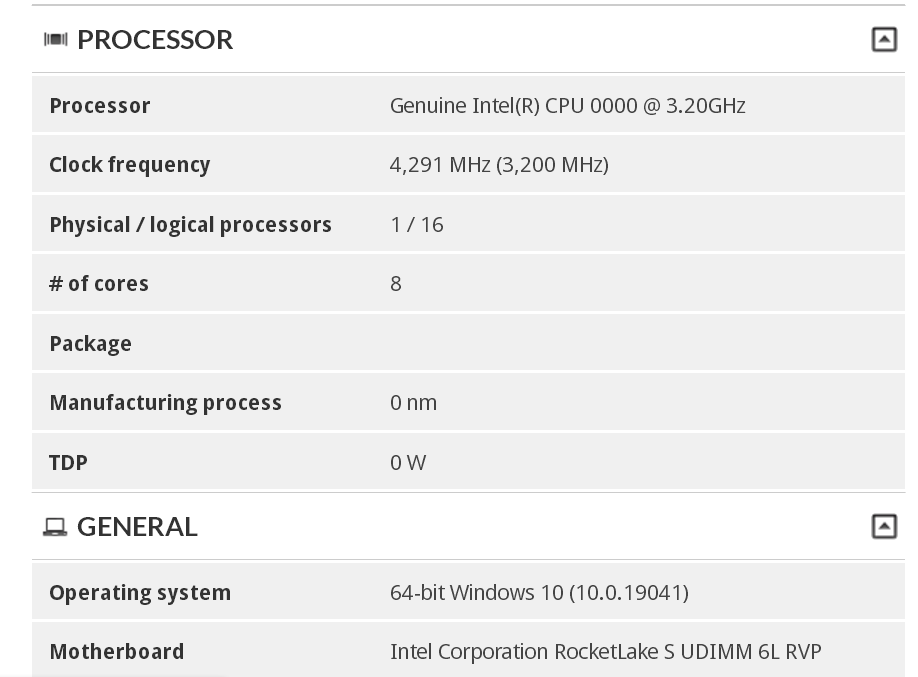