As we learn more about Rocket Lake-S, the upcoming Intel 11th Gen Core series for desktops, more and more leaks are beginning to appear. Shortly after we revealed that Intel Rocket Lake is currently planned for Q1 2021, Intel official confirmed this fact on its official blog.

The 11th Gen core series will feature Intel’s new 14nm core design (rumored Willow/Cypress Cove) and integrated Xe-LP graphics. Both represent a major transformation for Intel’s now outdated Skylake architecture. The series will also be the first to support PCI Express 4.0 devices, an interface standard that has been available to AMD 400 and 500-series platforms for a long time.

Taiwanese leakers allegedly had access to one of such ‘next-generation’ CPUs and they immediately tested it on the Z490 motherboard. Motherboard manufacturers were eager to confirm that their first LGA1200 motherboards are already hardware-ready for the new PCIe standard.

A 5 GB/s sequential (Q8T1) read and 4.2 GB/s write performance were reported by CristalDiskMark. Such throughput is only available through the PCIe 4.0 interface. The GPU was stress tested with Furmark, where GPU-Z reports PCIe  x16 4.0 @ x16 4.0 active bus interface. This confirms that both SSD and GPU were using the Gen4 standard.

INTEL Next Generation CPU can use Z490 line PCIE 4.0
Fortunately, some Taiwanese friends borrowed PCIE 4.0 SSD for testing
AMD 5700 XT is used for PCIE 4.0 but CPUZ cannot read memory
After that, I’ll have a chance to test the super frequency again 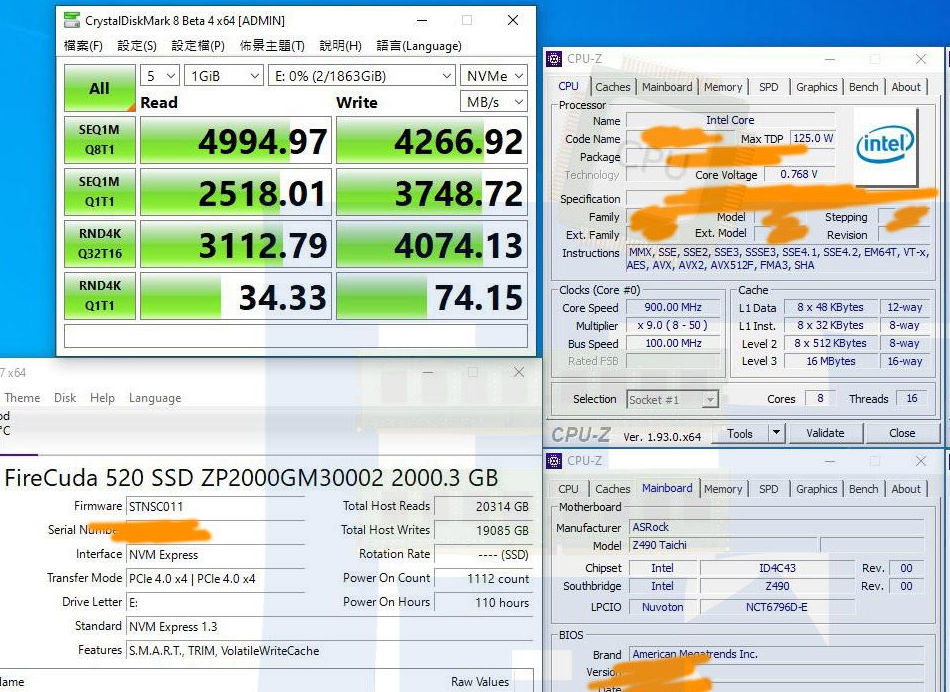 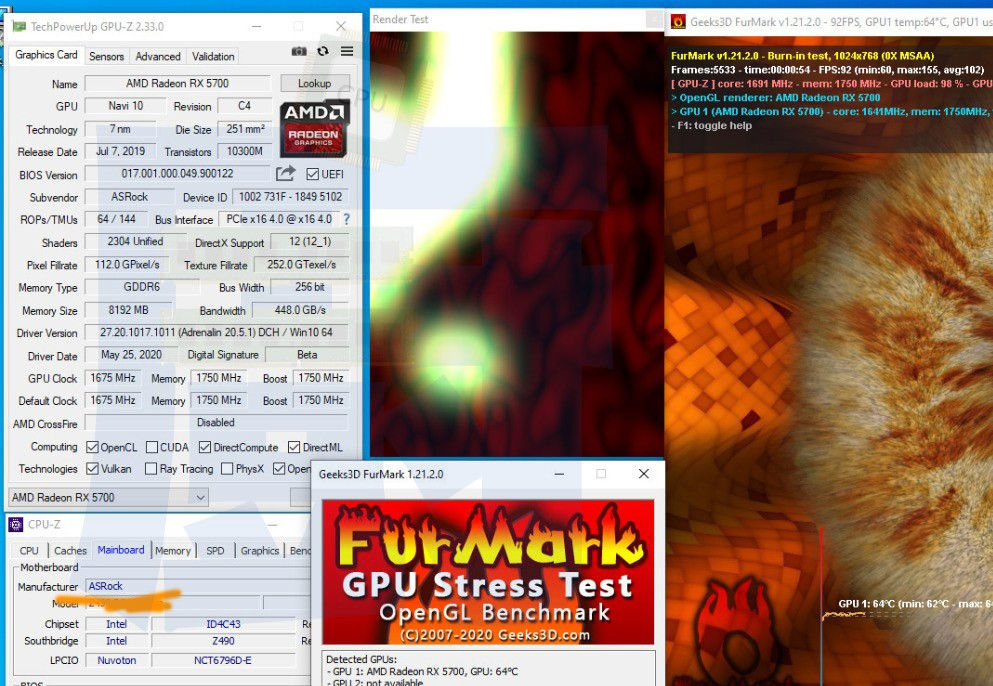 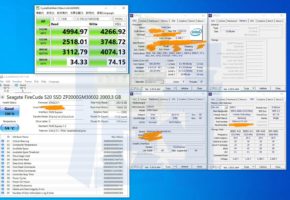 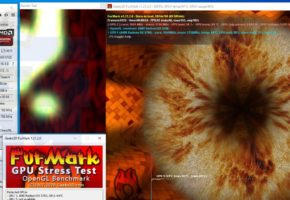