We are slowly approaching Intel’s 11th Gen Core series, as more leaks and rumors start to appear. Last week we reported that first engineering samples are reaching 5.0 GHz, indicating that the new desktop series will be just as competitive in gaming as the current Comet Lake-S series.

Shortly before that leak, MSI has confirmed that their H410 motherboards will support the Rocket Lake-S series, as expected. The 11th Gen Core series are pretty much confirmed to use LGA1200 socket. What remains to be confirmed is whether Intel is planning the Z590 series just for the new processors, or enable all 400-series motherboards to support the processors. This is quite an interesting topic because the series after Rocket Lake-S (codenamed Alder Lake-S) are not expected to use the same socket, meaning that the LGA1200 lifespan will be rather short.

As you might remember, we have exclusively reported that Rocket Lake-S will be the first Intel’s desktop processor series to support PCIe 4.0. This rumor has already been confirmed by motherboard makers, who announced PCIe 4.0 hardware readiness for the next CPU series. This time, however, we are looking at the first evidence (spotted by @TUM_APISAK) that Rocket Lake-S platform does support PCIe 4.0 devices, in this case, an NVME SSD:

In the meantime, reports that Rocket Lake-S is using Cypress Cove core architecture have emerged. This rumor has been first reported by Moore’s Law is Dead and later reported by @_rogame. Sadly, no proof has been provided. At this time it remains unclear if Cypress Cove is just a name change for Willow Cove, or are there more changes to the design. The architecture codenamed Willow Cove will be used with the upcoming Tiger Lake-U series, which are now expected to launch on September 2nd. 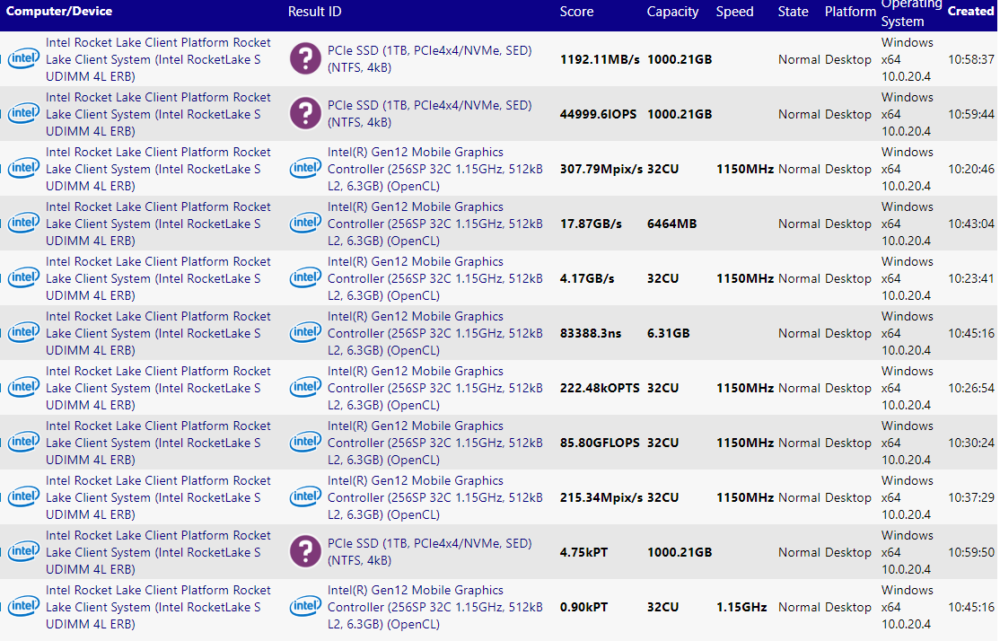