A mysterious video was posted by VWorld earlier today showing an extreme overclocking attempt on a new Intel Rocket Lake-S processor. It is unclear who is performing the overclocking, nor it is known who is the author of the video.

The CPU has been overclocked using a Gigabyte motherboard, most likely the Z590 series. More importantly, the video reveals that the overclocking attempt was performed on the 11th Gen Core CPU. The CPU-Z screenshot lists all CPU instructions compatible with the new CPU. It has already been confirmed that Rocket Lake-S CPUs support AVX512F and SHA – the two instructions that are not available to Comet Lake-S CPUs. The screenshot also lists Cypress Cove L1 (48KB) and L2 (512KB) caches, confirming that this is indeed a Rocket Lake-S processor. 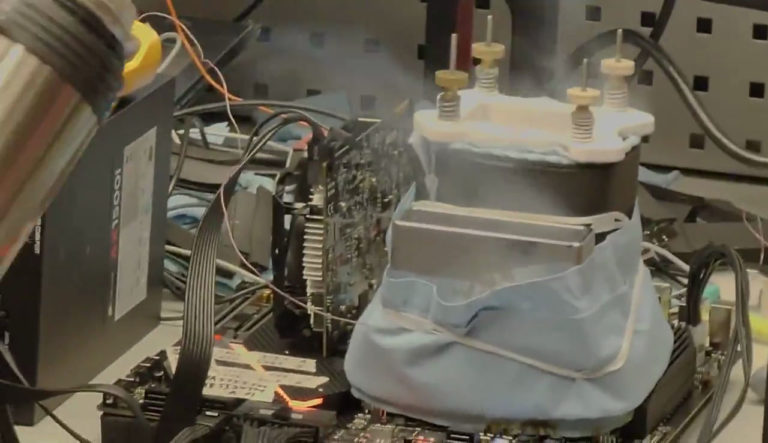