The flagship Rocket Lake-S CPU has already leaked earlier this month through Ashes of the Singularity benchmark website. It was revealed back then that the CPU carries a base clock of 3.5 GHz. Unfortunately, the software does not report on maximum turbo frequency, so that remained a secret until now. 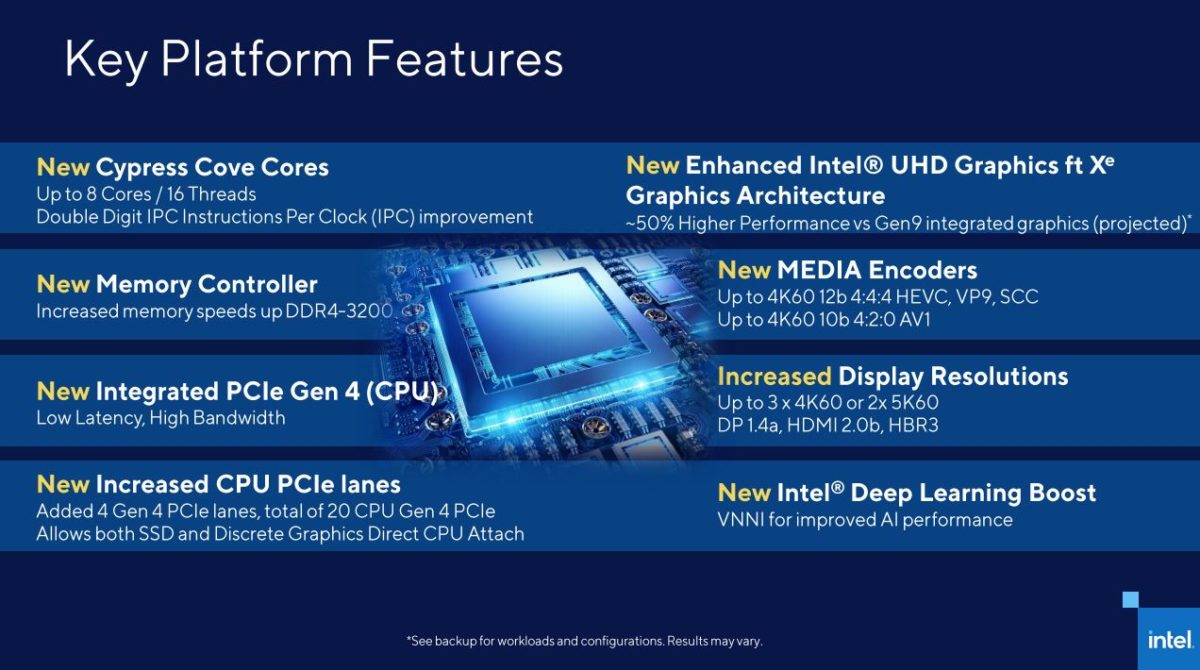 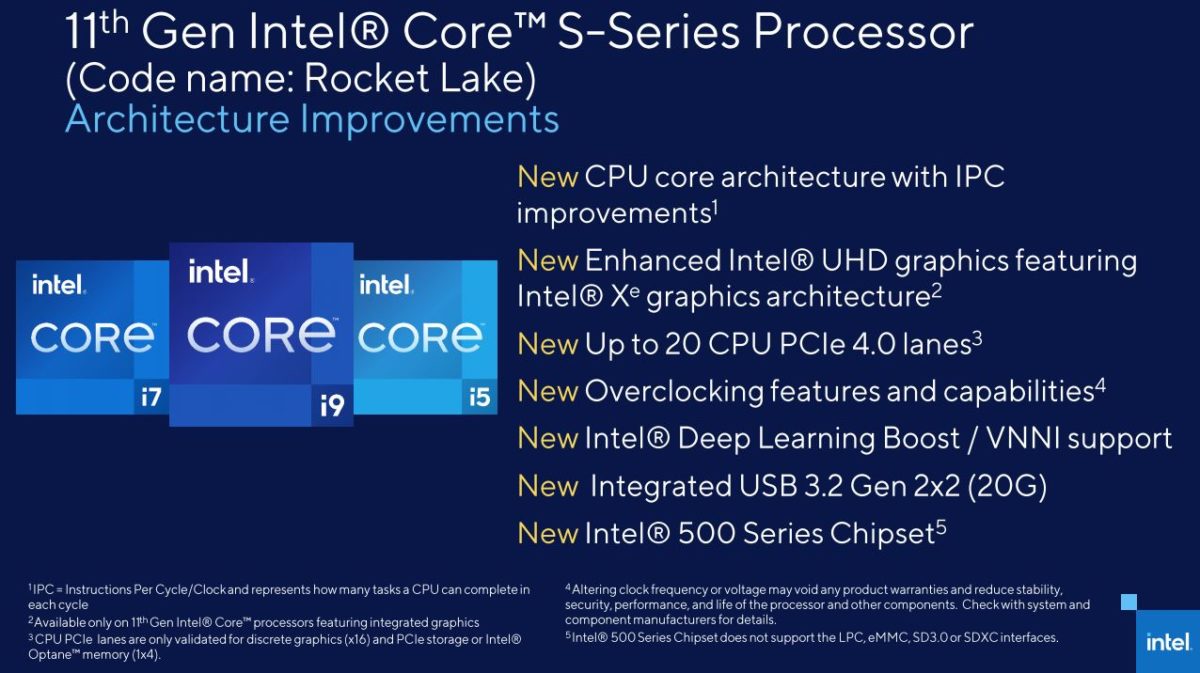 According to Twitter user davidbepo, the flagship Rocket Lake-S CPU has a single-core Thermal Velocity Boost frequency of 5.3 GHz. The leaker also reveals the CPU has an all-core TVB frequency of 4.8 GHz. While the single-core frequency is identical to the 10th Gen Core flagship Core i9-10900K, the all-core speed is actually lower by 100 MHz.

The CPU allegedly has a maximum PL1 (power level 1) of 125W and PL2 of 250W. Those as well appear to be identical to the 10-core Comet Lake-S flagship. The PL1/PL2 data for the rest of the Rocket Lake-S lineup remains unknown.

The user also reports that Thermal Velocity Boost may still be exclusive to the Core i9 series, meaning that the frequencies provided will reflect the highest frequency the CPU can achieve, but it also leaves questions in regard to Turbo Boost 2.0 and Max Turbo Boost 3.0 frequencies.

Twitter user @harukaze5719 came up with a spec sheet based on the most recent rumored specs. The chart has been shared by the user for a good month, but it appears to be quite accurate, bar the TVB support on the Core i7 series.

Harukaz’es chart may be easy to read, but since Intel has many different boost states and technologies, those frequencies shall not be labeled as a single type of boost. For instance, the Thermal Velocity Boost should only be available to Core i9 series, while only Core i7 SKU should support Turbo Boost Max 3.0

An alleged picture of the Intel Rocket Lake-S CPUs has been posted last month. The processors have no visible markings, making it impossible to determine if they are real. 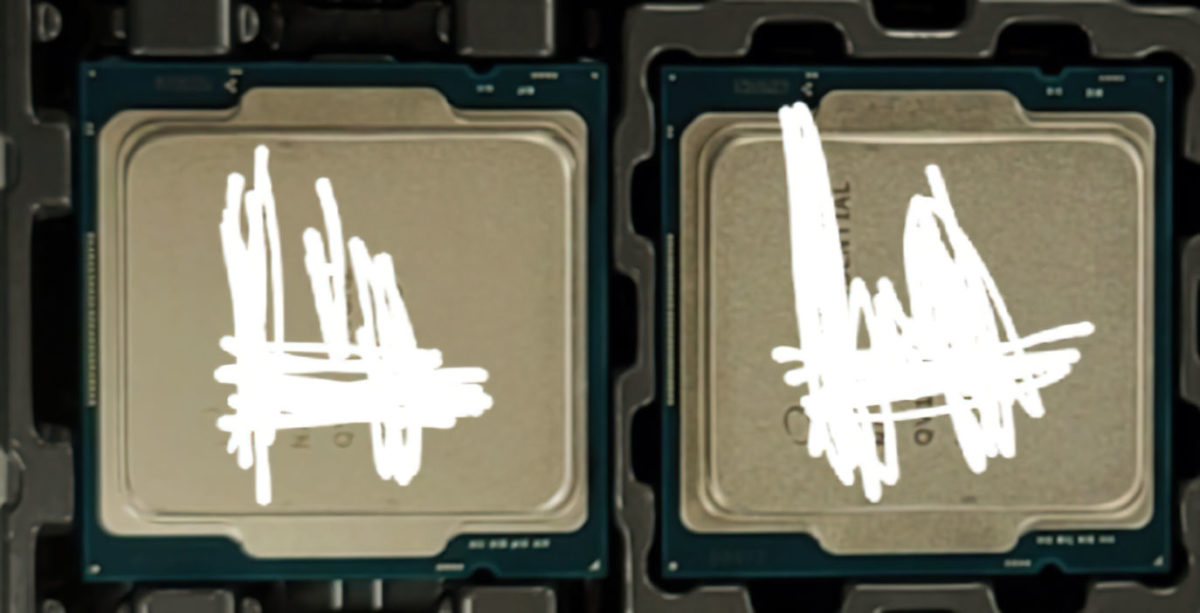 Intel Rocket Lake-S utilizes a new core design called Cypress Cove. While this is still 14nm silicon, it will be Intel’s first non-Skylake architecture since 2015. The series will also be Intel’s first to support PCI Express 4.0 on the mainstream platforms and first to offer integrated Xe Graphics.

The 11th Gen Core series will be compatible with existing LGA1200 motherboards. The company is also working with its board partners to unveil 500-series motherboards early next year. It is expected to be Intel’s last DDR4 mainstream platform as well, as the company is determined to launch its Alder Lake-S series featuring LGA1700 socket and DDR5 support by the end of 2021.