It is worth noting that we are still not sure where Rocket Lake-S processors will land in the Intel lineup. While the series is expected to be a successor to 10th Gen Core ‘Comte Lake-S’, there is this rather bizarre case of a maximum 8 core configuration. For reference, the flagship Comet Lake-S processors already feature 10 cores and 20 threads. There is also this curious case of an 8-core and 12-thread processor, which still does not quite make any sense. But more important though, this particular leak confirmed Rocket Lake-S is coming to Core i9 series and 125W TDP series.

Intel Rocket Lake-S has not been mentioned during Q2 earnings call, it was also not present in company’s press release or Q&A session. Intel did confirm that its successor (Alder Lake-S) will launch in the second half of 2021, meaning that Rocket Lake-S might arrive a bit sooner than previously expected. Unlike 10nm Alder Lake, Rocket Lake is a 14nm processor series. It does, however, bring a lot of innovations to the Intel portfolio, such as PCIe 4.0 support, Willow Cove core architecture, or Xe Graphics engine on board. 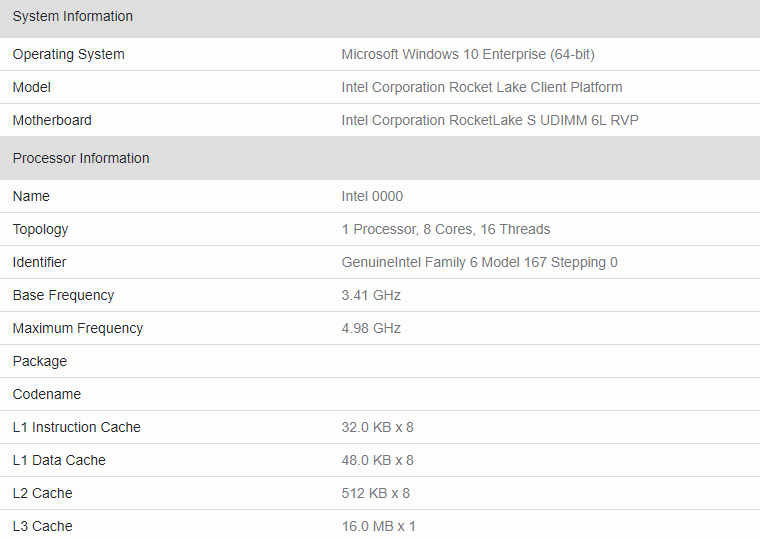