A very interesting leak has just been shared by @9550pro.

It appears that the launch of Intel Alder Lake-S might be much sooner than previously expected. The roadmap that has leaked does not refer to the client ‘Core’ series specifically but rather to the S-Series which are available for both entry workstation and client desktop platforms.

Intel entry-workstation series featuring Alder Lake-S CPUs would appear by the end of Q3 2021, according to this leaked roadmap. The actual source of this roadmap is unknown, but it looks like a meeting with distributors or partners. The roadmap even confirms that 8+8 SKUs will go into production as soon as the 35th week of 2021. The 8+8 refers to the number of high-performance and high-efficiency cores. It would appear that the model with 6 big cores and 0 small cores (6+0) would be manufactured later, starting from the 41st week of this year. 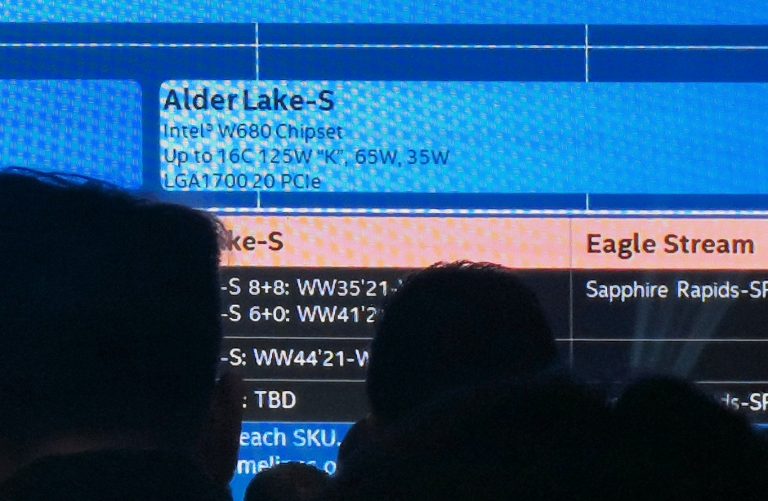 The leaked roadmap slide confirms that the platform will support a W680 chipset, which is targeted at workstation builds. According to this slide, Intel Alder Lake-S would feature up to 16-cores, which is no longer a surprise to any of our readers. The series would be available TDP ranging from 125W (K-series), 65W to 35W variants. The roadmaps confirm the LGA1700 socket and 20 PCIe lanes available with the platform.

The roadmap is clearly dated, as it lists Rocket Lake-S with its initial launch date in 2020. The series was officially launched only last month, which may also affect the plans for Alder Lake-S. This is however the first leak showing the initial launch schedule for the upcoming 12th Gen Core series. Whether that roadmap has changed, we should know soon enough. 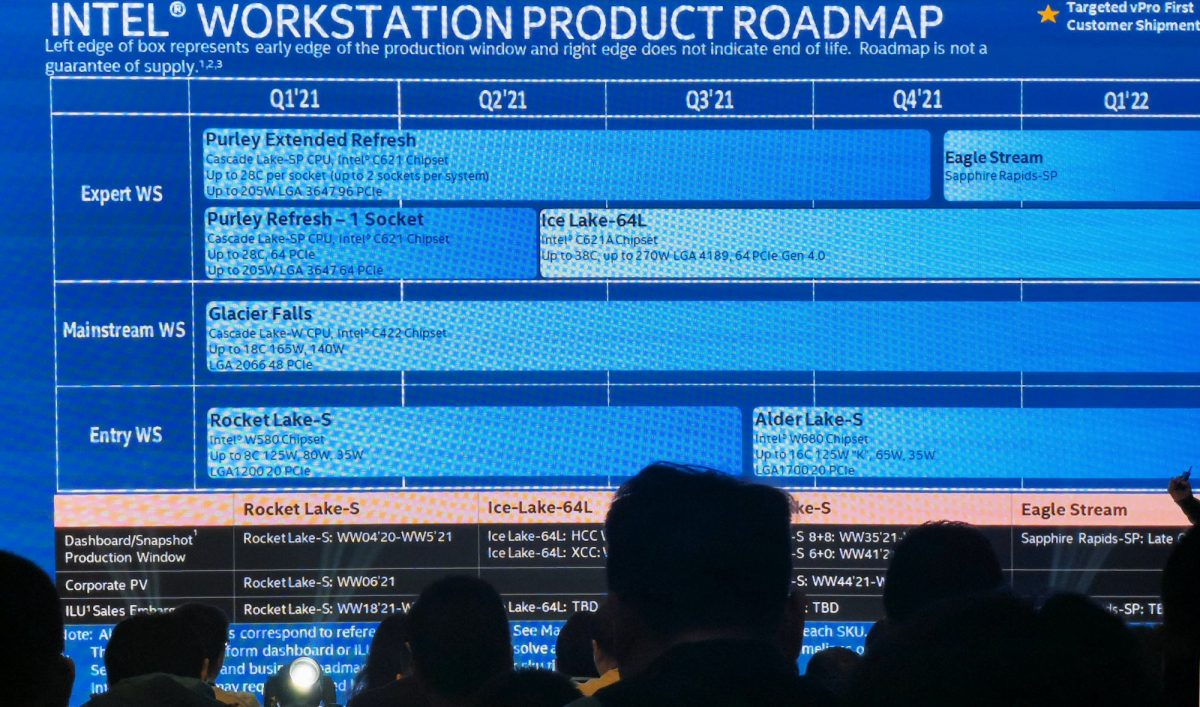