At HotChips34 Intel took the opportunity to explain some details on the next-gen CPU packaging technology, as well as to debunk some rumors.

Contrary to the report from TrendForce, Intel is not planning to manufacture Meteor Lake GPU tile on 3 nm TSMC node. In fact, this tile was always meant to be made with 5 nm technology. This next-gen SoC for consumer devices will leverage Intel’s new disintegrated approach to CPU architecture. Intel has now confirmed which nodes will be used for this architecture. 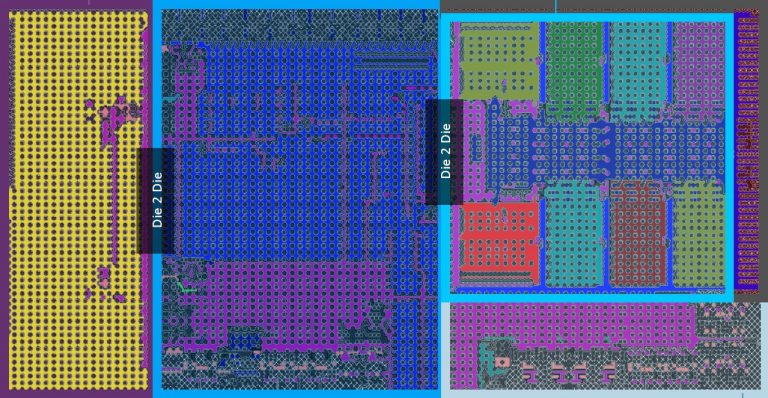 Intel has briefed the press with some key details on the Meteor Lake series, mainly focusing on packaging technology. Among these details, the company released a new diagram showing the next-gen consumer SoC with six Performance and 8 Efficient cores. Those cores will be part of the compute tile manufactured by Intel with their ‘4’ process technology, previously referred to as 7 nm.

This chip is likely the next-gen MTL-P silicon for low-power and maybe portable gaming laptops. We have already seen the smaller die called MTL-U which has fewer compute cores (2+8) and possibly less power GPU.

According to the reports, the GPU tile will be using TSMC N5 node, while the SoC tile will use N6 from the same foundry. The fourth (IO) tile will use N6 as well. All four chips are to be attached to Foveros interposer designed in Intel 22 nm node. 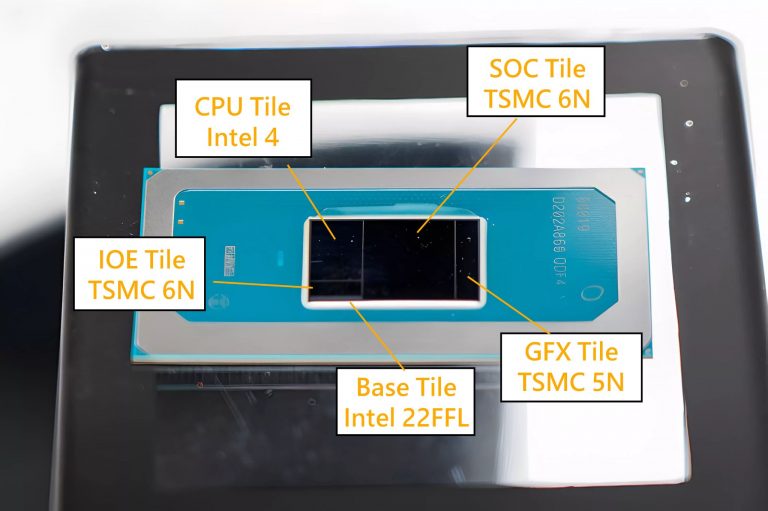 Therefore, Intel has debunked the rumor that tGPU (graphics tile) is using N3 process technology, and it is simply impossible for this node to affect Meteor Lake launch schedule.

Intel confirmed that Meteor Lake and Arrow Lake are launching in 2023 and 2024 respectively. The series will launch for desktop and mobile platforms. The company also confirmed that Lunar Lake, which is expected after Arrow Lake, was designed primarily for 15W low-end chips. But this does not rule out the possibility of a desktop chip.