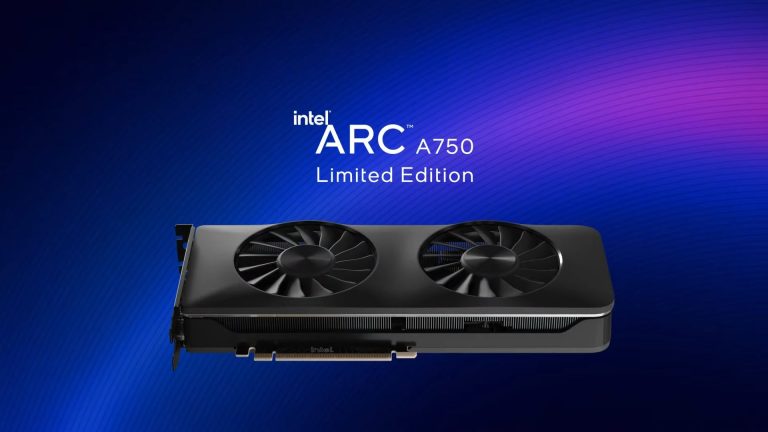 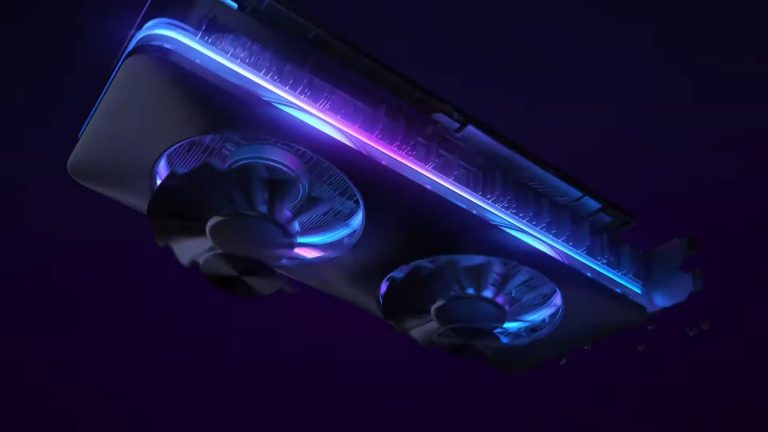 The article and video posted is focusing on A750 performance in modern APIs, such as DirectX12 and Vulkan. Ryan Shrout and Tom Petersen from Intel claim that these are not cherry picked titles, but rather games that are interesting, used by GPU reviewers or are simply popular on Steam. On average the A750 should perform better than RTX 3060 at least by 3%. 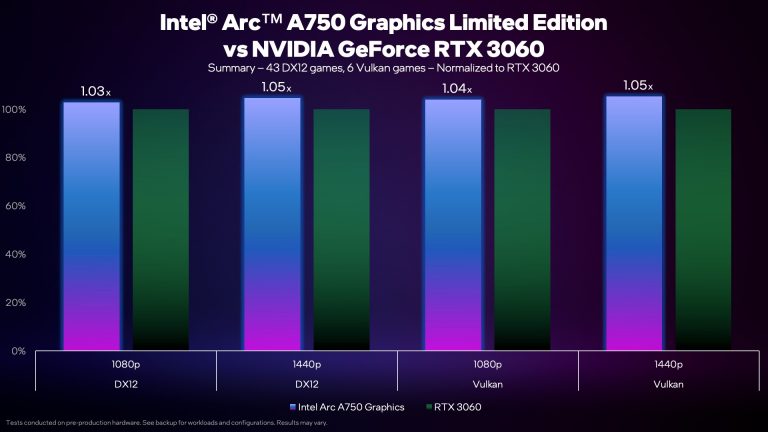 In DirectX12 API comparison at 1920×1080 resolution with Ultra settings, described as a sweet spot for the A750 GPU, Intel GPU trades places with GeForce RTX 3060, one of the most popular mid-range cards from NVIDIA. As said, this chart represents the current state of the driver optimizations, but this should still improve in the future. 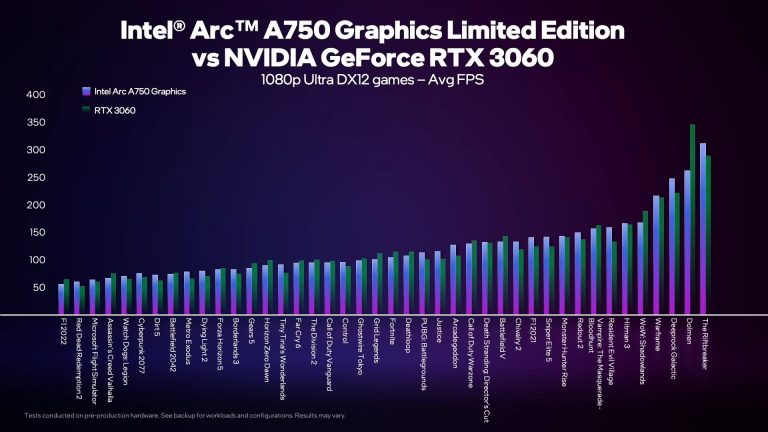 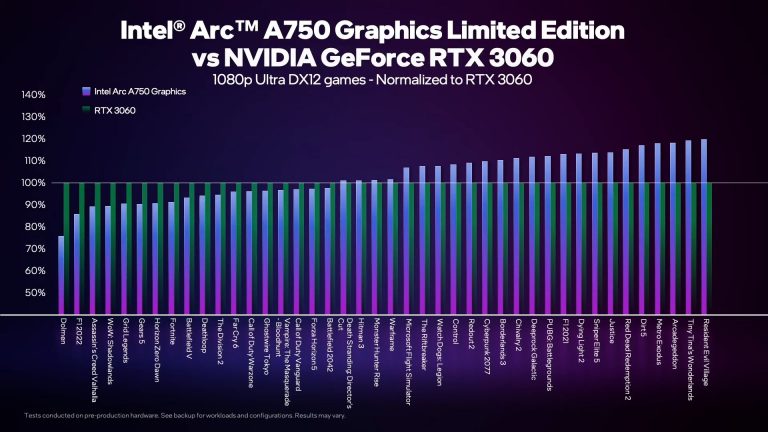 The company also provided performance figures for 2560×1440 resolution at High settings. Most of the time the card offers above 60 FPS and on average it’s 5% faster than RTX 3060: 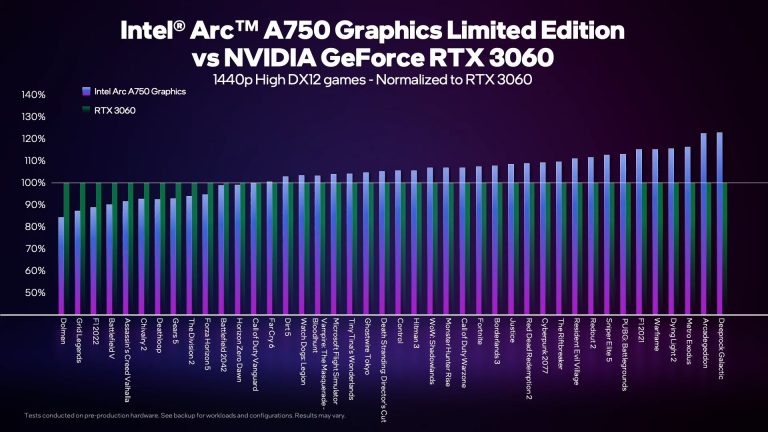 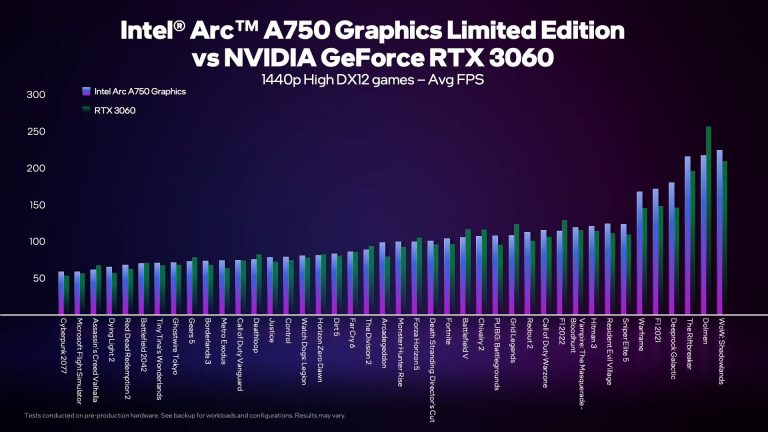 The DirectX12 is not the only modern API capable of low-level hardware calls. Intel is also providing benchmark results for Vulkan for games such as Rainbow Six Extraction, Dota2 or Doom. In this case, A750 trades places with 3060 depending on a resolution, but it appears to offer better performance at higher (1440p) resolution while loosing slightly at 1080p. 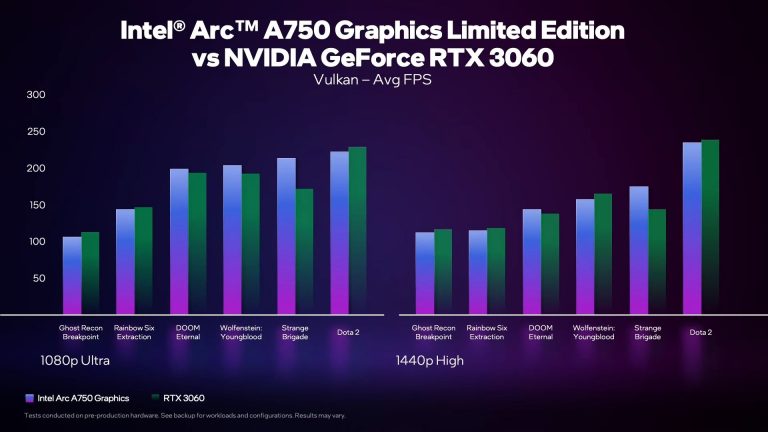 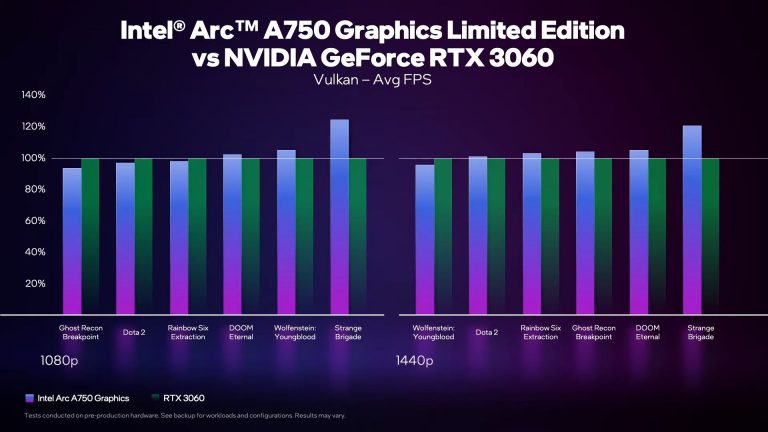 Both cards were tested on an identical Intel i9-12900K powered systems with ASUS ROG Maximus Z690 Hero motherboard equipped with 32GB of  DDR5-4800 memory and the same Win11 Pro systems. 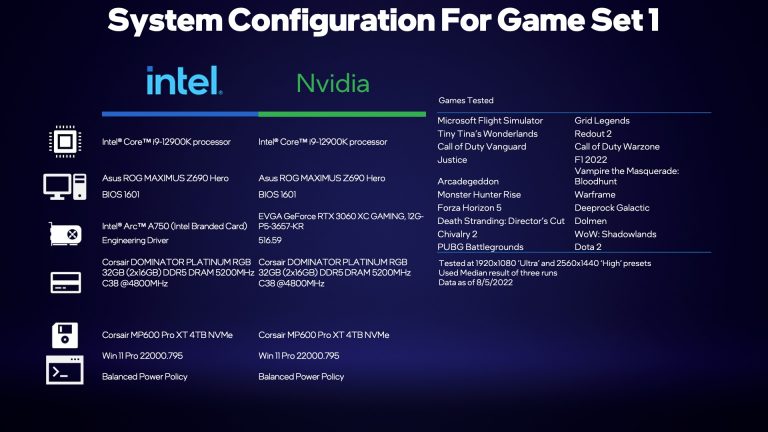 Intel is yet to reveal the full specs of the A750 desktop GPU. More importantly we are still waiting for the official update on the release date and pricing. For now its it’s just Intel claims without any 3rd party validation.