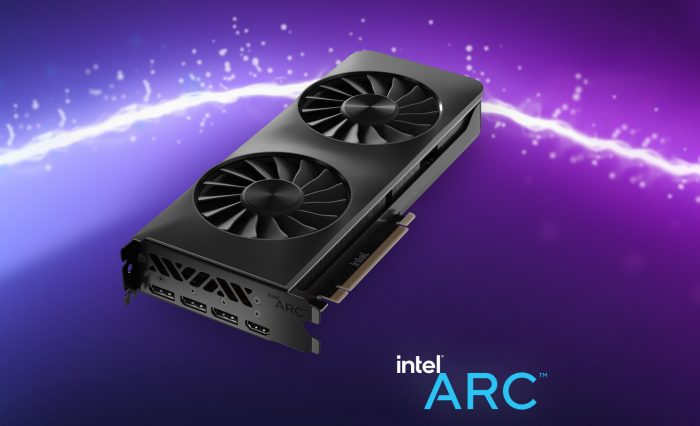 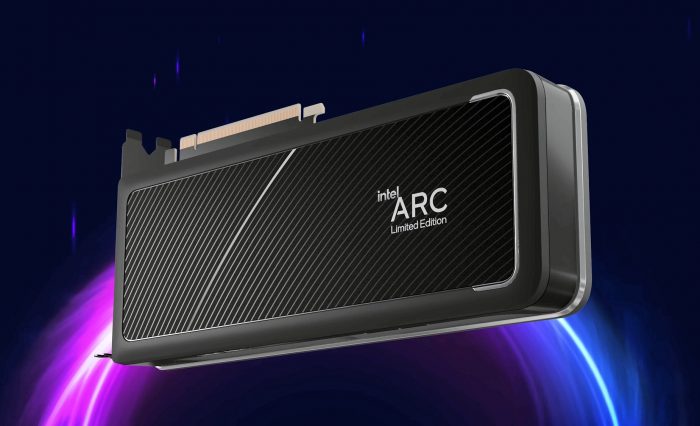 Intel’s upcoming desktop GPU based on ACM-G10 processor is to offer up to 17% better performance than GeForce RTX 3060 at 2560×1440 resolution in five games. In a video posted by Intel Graphics, the company showcases how the new card performs in selected games. Those games include F1 2021, Cyberpunk 2077, Control, Borderlands and Fortnite.

Performance results shown here are from a small subset of the games, that work very well with Intel® Arc™ and the Alchemist architecture. I’m not asserting that ALL GAMES will show these results, but it’s a view of what Intel Arc A-series cards are capable of with the right software and engineering enablement. 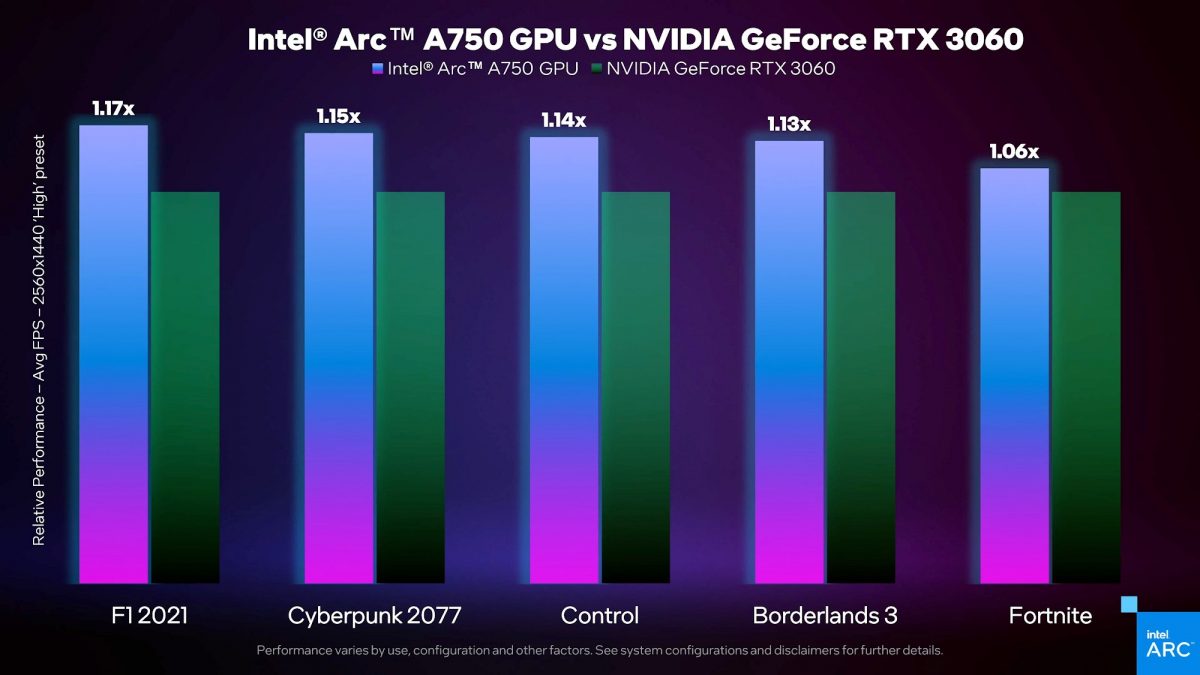 Intel has also shared new renders for this desktop model, advertised as “Limited Edition”, although we still do not know what this means. Furthermore, despite sharing the card’s performance, no specs were provided.

Based on rumors, the Arc A750 is expected to feature 24 Xe-Cores and 12GB of GDDR6 memory. Intel has confirmed that this model features two power connectors (6pin & 8pin), which suggests it consumes more than 225W of power.

We have not yet see any custom design based on A750 yet, but board partners are already developing their designs, as revealed a couple of weeks ago. Intel has not confirmed the launch date or pricing for their A750 GPU, but officially these ‘high-performance’ SKUs should launch later this summer.