Intel confirms there are only four desktop SKUs

The company has finally lifted the curtain on their desktop GPU lineup.

Intel is launching two Arc A7 models: A770 and A750, which are also the only Limited Edition cards in the desktop lineup. The company confirmed that A770 features full ACM-G10 GPU with 32 Xe-Cores, while A750 has 28 cores. The A770 will be equipped with either 16GB of GDDR6 memory or 8GB. Interestingly, this will also be the only card in the lineup to feature 17.5 Gbps memory, with bandwidth reaching 560 GB/s. The GPU clock is set to 2.1 GHz. 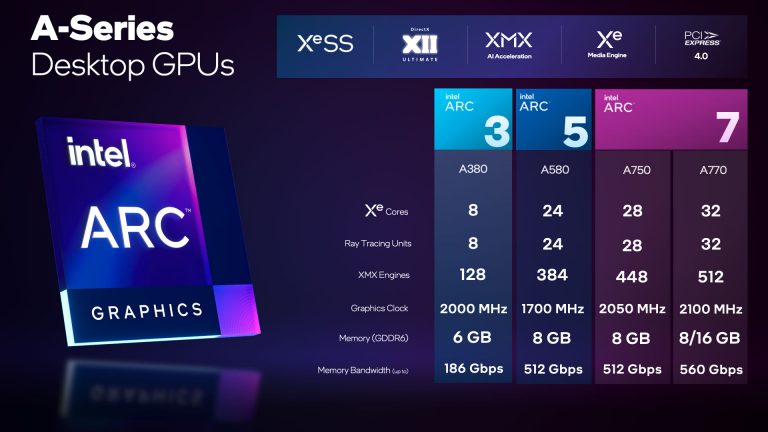 The third model known as A580 is confirmed to feature 24 Xe-Cores and 8GB 256-bit memory. However, GPU clock will be limited to 1.7 GHz. Do note that this is a base clock, so the frequency will almost certainly be higher. 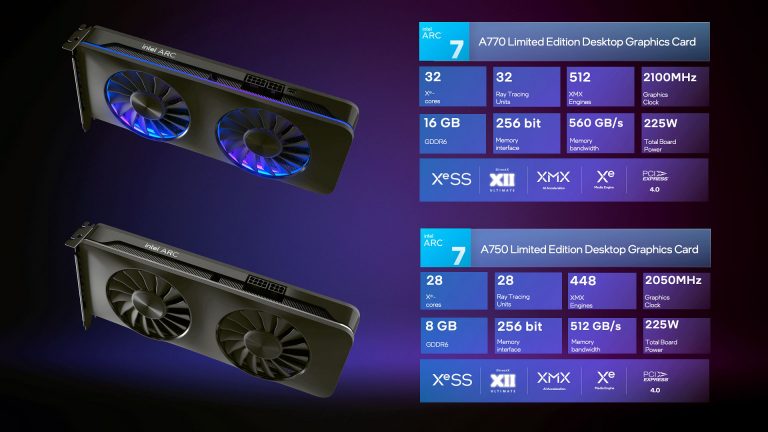 The Intel branded Limited Edition will be available through Intel webstore, retail and e-tail channels. The company previously confirmed that the initial launch will include ‘key countries’, which have not been named yet.

It goes without saying, but Intel still needs to confirm the release date and most importantly pricing for its new desktop Arc GPUs.