Intel took part in The Game Awards where the company has shown a short gameplay demonstration featuring its Arc GPUs.

While AMD and NVIDIA were absent during the event, Intel took the opportunity to remind all gamers that ‘a new player has entered a game’. Starting from the first quarter next year, Intel will begin shipping its Arc Alchemist GPUs to customers, as the newly published video confirms.

This is not the first time Intel releases a gameplay demo, nor the first time we learn about the release date, however, the Q1 2022 claim is attached to a nicely rendered scene featuring both Arc-based laptop and Arc-based gaming desktop. Whether this means that desktop Arc GPUs are also coming in the first quarter, we do not know yet.

Intel claims that the game demos were running on Arc GPUs, however, some parts are just a simulation. Sadly, Intel still has not shown any benchmark figure that could anyhow be compared to existing solutions from its competitors.

The whole scene is clearly rendered and none of the products shown (like a laptop or gaming monitor) will ever be released. Yet, we have a new picture of the Arc Desktop GPU, supposedly powered by a single 8-pin power connector. Interestingly, all main components of this ‘imagined’ system except for the memory and power supply feature Intel hardware. 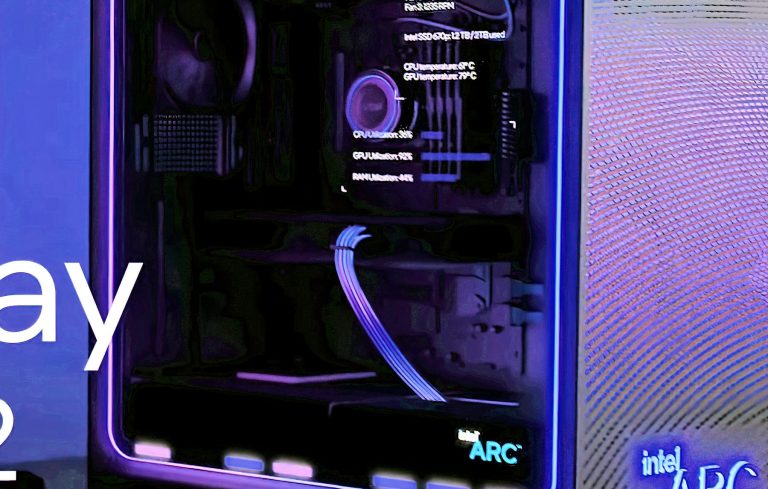