Could these be Intel’s first 10nm desktop processors? It seems that Intel’s ark has been updated with yet unseen SKUs. Intel Core i9-11900KB appeared alongside other non-K (unlocked) variants, but they all share the same “B” moniker. According to Intel Ark, those processors are based on Tiger Lake and they indeed have 10nm architecture. Technically those would be the first 10nm desktop CPUs from Intel. 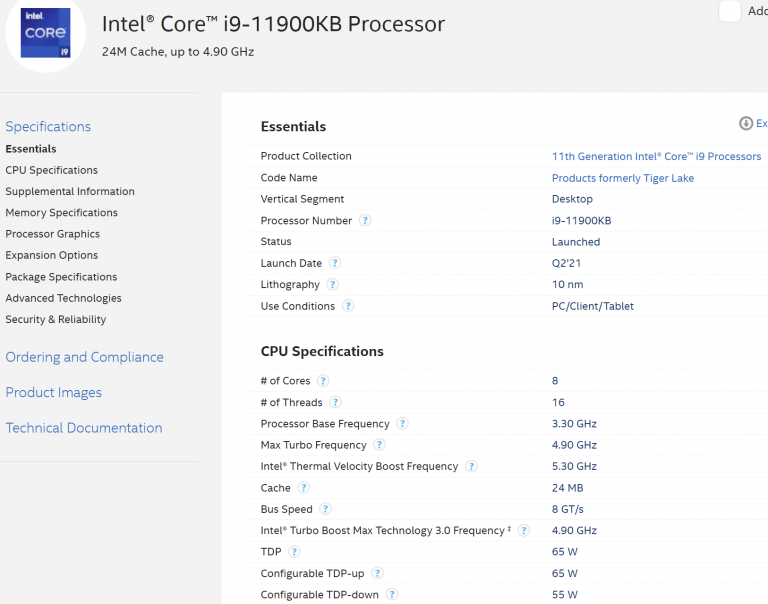 There are, however, some questions about whether the listed clocks are correct. There changes to base clocks, which would confirm that they are not mistakenly copy-pasted from desktop series, but at the same time, all 11th Gen Core-B series (or probably a better-suited name for them – Tiger Lake-S) would feature 5.3 GHz Thermal Velocity Boost. That is probably not going to happen.

Those early listings were sighted randomly, they cannot be found through searching using the filter on the Intel website. Thus, one would guess that those specifications are not final. In any case, it seems that the 11th Gen Core series based on the Tiger Lake desktop is a thing. Is this why we hear rumors that AMD might launch Cezanne 5000G series soon for the DIY market? Those two series would compete in the 65W segment with powerful integrated graphics options.

Update: Intel has issued a statement to Tom’s Hardware that these new CPUs are indeed all desktop processors:

“Intel has partnered with customers interested in expanding their product portfolio with enthusiast, small form-factor desktop designs. The Intel Core i9-11900KB processor is a BGA solution built with unique specifications and performance specifically for these designs.” 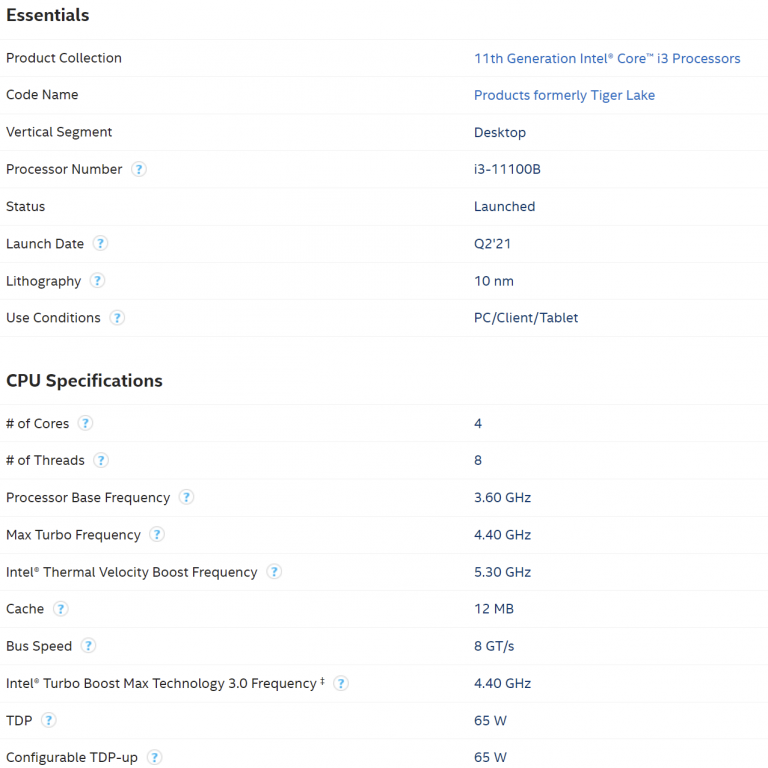 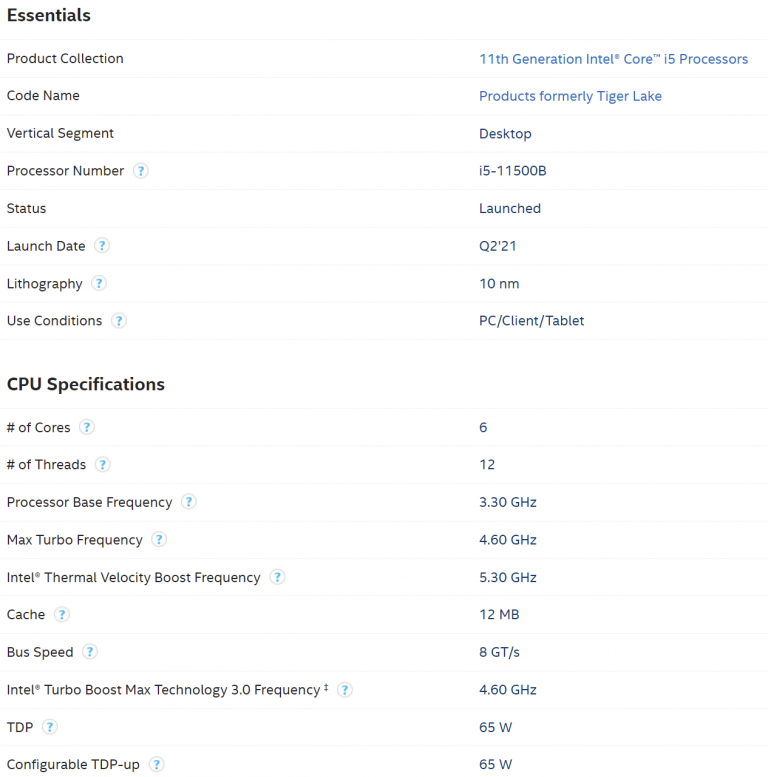 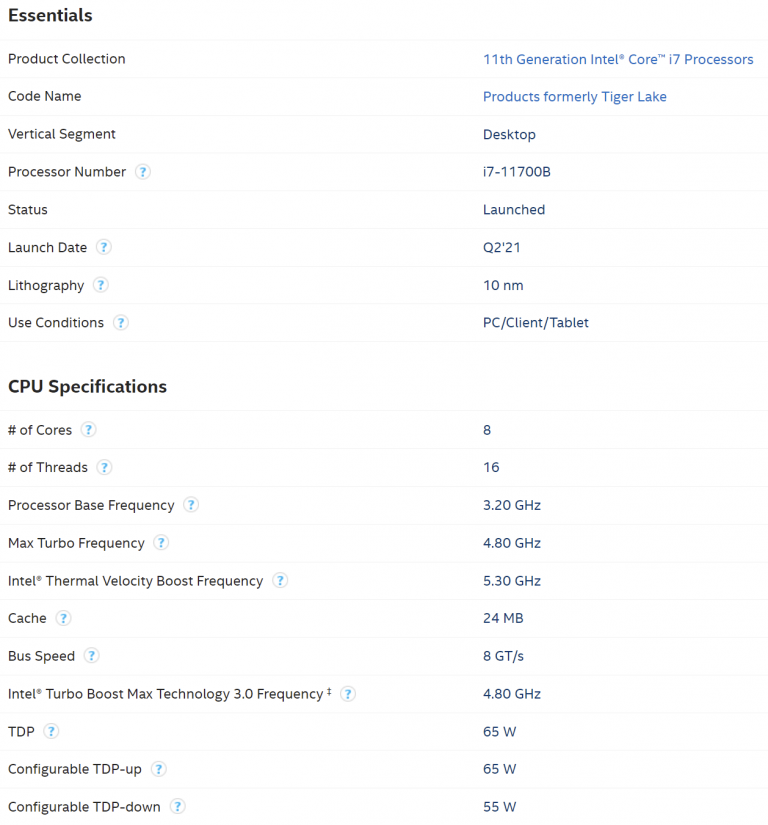